(Originally published April 22, 2013)
Today, Digital News Asia (DNA) begins a ‘series rerun’ of its Top 10 most-read stories of 2013. No 10 on the list came as Malaysia was in the throes of an upcoming general election, which ultimately saw the ruling coalition the Barisan Nasional returned to power with a reduced majority and having lost the popular vote.

As a technology news site, we had expected our colleagues in the political media to get all the attention, but this story, and others, showed Malaysians’ appetite for independent news. It did help that there were some search bait here – ‘GE13,’ ‘social media,’ and I’m sure the name ‘Najib’ didn’t hurt either. We also experimented successfully with media monitoring agency Meltwater to get the data to substantiate our story.

IF you’re Malaysian, chances are your Facebook timeline and Twitter feed these days are inundated with election or political content. With Malaysia going to the polls on May 5 in a general election that some pundits say may see a change in government for the first time in 56 years, election fever has reached an all-time high in the nation’s social media space.

Interim Prime Minister Najib Razak has described the 13th general election (GE13) as Malaysia’s ‘first social media election,’ and while many have argued that this isn’t strictly true – in the end, elections are decided at the ballot box – it is undeniable that both sides of the political divide are using the Internet and social networks in particular as a serious communications medium in their campaign strategy.

If such is the case, the ruling Barisan Nasional coalition would seem to be winning the raw numbers battle, if nothing else. Dr James Gomez, associate professor at Universiti Utara Malaysia’s School of International Studies, says that Barisan “has made strong inroads onto social media and has carved itself a competitive position.”

“The combined numbers of the three (Pakatan) leaders are a good 80,000 likes below Najib,” he noted.

On Twitter, the Opposition fares better. The three parties in Pakatan – the Pan Malaysia Islamic Party or PAS, the Democratic Action Party (DAP) and the People’s Justice Party or PKR – have their own individual accounts. In terms of Twitter followers, PKR has 27,000; DAP 27,000 and PAS 1,200. Barisan has 24,000, Gomez noted. At a request from Digital News Asia (DNA), online intelligence solutions provider Meltwater, using its social media monitoring tools, measured the online buzz for a short period following the dissolution of Parliament on April 3 right up to the time the Election Commission met on April 10 to announce the dates for nomination and actual polling.

Meltwater’s numbers also showed Barisan having a slight edge (click infographic to enlarge), but with the caveat that social media chatter does not translate to direct votes, and the cautionary note that ‘paid-for’ posts are skewing numbers artificially.

One key takeaway from Meltwater’s monitoring is that most of the discussions are coming from Twitter instead of blogs, says its marketing and communications manager for Asia Pacific, Janet Yu.

“This is slightly surprising because in the 2008 election, blogs were the major communications medium for the Opposition,” she says. “But now, Twitter has the highest volume.”

Yu also notes that members of the public write more about the Opposition than they do about Najib. “On average, (Opposition leader) Anwar Ibrahim has three mentions per minute on Twitter, while the (interim) prime minister has one mention per minute,” she says.

Yu isn’t sure she would call GE13 Malaysia’s first social media election either. “The volume of discussion has been pretty consistent since Parliament was dissolved. We’re looking forward to more discussion as we get closer to the actual election.”

When asked what role social media is playing or can play in elections, she notes that “social media has always been a medium that encourages people to share information and discuss issues. In my opinion, it is like a real-time public opinion sentiment check on the candidates. 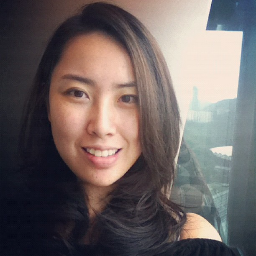 “For this specific election however, it is still too early to draw any conclusion,” she adds.

Yu (pic) is also wary of using social media as a barometer of where the votes are going. “Voters and social media users may have an age gap, since more young people are on social media but they may not be at the right age to vote yet.

“We saw a lot of discussion on social media in the US presidential elections, but social media users do not equal number of voters at the poll,” she says. “Also, a trending topic on social media about politics may not refer to the candidates’ political platform and standings.”

The Meltwater figures show Twitter having an overwhelming share of voice at 81.5%; followed by Facebook at a distant second with 9.7%; blogs at 3.9% and forums at 1.3%. The rules of online political discourse and campaigning are obviously changing from just a few short years ago, when blogs ruled the roost.

[Updated information: It has also been pointed out by some social media experts that Twitter gets a high share of voice rating because some monitoring tools cannot trawl Facebook, thanks to the latter's privacy settings. -- ED]

The Twitter edge probably comes from the high penetration of mobile Internet users in Malaysia, says Yu, and the ease of sharing content on the micro-blogging service.

“The fact that it is limited to 140 characters has encouraged a low barrier to entry,” she says.

This does not mean political parties should pour all their resources into Twitter only. As Yu notes, “forums will appeal to people with similar interests; while blogs are good for thought leadership, particularly for political leaders.”