CONSIDER it a temporary victory of sorts for opponents of the contentious Computing Professionals Bill 2011 (CPB2011) – it looks like the proposed legislation will be put on the backburner while more feedback is sought; and in the meantime, an international IT body has offered its assistance.

The delay is because a one-month online survey to gather feedback and thoughts from academia, industry and the developer community only garnered 69 responses, said Dr Amiruddin Abdul Wahab, Under Secretary of the ICT Policy Division at the Ministry of Science, Technology and Innovation (MOSTI).

“Many of the respondents also did not fully answer the questionnaire, which was not designed for merely a ‘yes’ or ‘no’ response,” he told Digital News Asia (DNA) on the sidelines of a two-day Leadership Summit organized by the Association of the Computer and Multimedia Industry of Malaysia (Pikom).

The online survey, conducted by National ICT Human Resource Task Force which is spearheading efforts in this area, had more than 30 questions to gauge respondents’ thoughts and to gather their feedback on the issues that the proposed CPB2011 hoped to address, which is to recognize and uplift the computing profession in the country.

The CPB2011, often referred to as the Board of Computing Professionals (BCPM) Bill, sought to regulate information technology (IT) professionals and called for the formation of a national body, the BCPM, to register and certify all such professionals.

This would be a prelude to Malaysia becoming a signatory to the Seoul Accord, which requires the formation of a national body like the BCPM.

The Seoul Accord is a multi-lateral mutual recognition agreement to prepare ICT graduates for professional practice with a set of international standards. The six founder-members are professional bodies from Australia, Canada, Japan, South Korea, the United Kingdom and the United States. Other signatories are Hong Kong and Taiwan.

A working draft of the CPB2011 which was leaked on the Internet was heavily criticized for making certification mandatory for those who work on projects deemed of strategic or critical importance, and for the ambiguous definitions it contained.

The backlash had the Cabinet Committee on Human Capital Development chaired by Deputy Prime Minister Tan Sri Muhyiddin Yassin asking the National ICT Human Resource Task Force and MOSTI to have another round of deliberations, giving it until June to come up with a workable solution.

According to sources, response from the developer community, which had raised the greatest hue and cry, has been particularly poor in this latest round of feedback.

Despite this, the findings of the online survey were presented to the above Cabinet Committee, which then instructed the National ICT Human Resource Task Force to engage more deeply with all stakeholders, said Dr Amiruddin.

“The main thing is to have a national body representing IT professionals;” he said. “It can be mandated by law, or it can be completely voluntary. We’re open to all suggestions.”

While the working draft stated that the Minister of Science, Technology and Innovation would appoint the chairman of the proposed Board, Dr Amiruddin said that the government would only play the role of facilitator and will not “own the Board.”

Malaysia’s efforts in this area have piqued the interest of the International Federation for Information Processing (IFIP), which has offered to provide input and feedback from its own stakeholders, according to Dr Amiruddin and Pikom president Shaifubahrim Saleh (pic).

“They actually approached us and have been in discussions with us – Pikom, MOSTI, the Malaysian National Computer Confederation and others,” said Shaifubahrim. “They also invited us to make a presentation at their World Computer Congress in Amsterdam.”

The two gentlemen had flown back from Amsterdam just that morning to attend the Pikom Leadership Summit, said Dr Amiruddin.


The UN-recognized IFIP represents the IT societies from 56 countries or regions and claims a membership of more than half a million.

“After our presentation at the World Computer Congress, the IFIP said they would like to continue working with us on the issue of getting IT professionals recognized, which they said was of great interest in other countries as well,” Shaifubahrim said.

“If successfully implemented, it can help get Malaysia on the fast-track to becoming a signatory to the Seoul Accord, and the IFIP said Malaysia would be used as a model for the rest of the world,” he claimed. 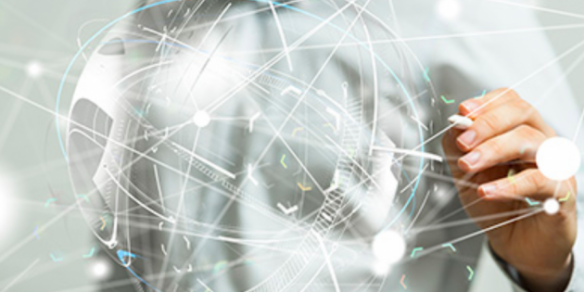