IT WAS not the dominant Digital Economy focused budget that some had optimistically hoped for. Those hopes were buoyed by the strong Digital Economy declaration last week by the government during the 29th ICM meeting (Implementation Council Meeting), including a renewed drive to adopt cloud computing and various other Digital Economy initiatives.

Instead there were some key announcements around the critical area of human capital; with RM1 billion in new funding made available for startups; and Industry 4.0 or the Fourth Industrial Revolution as the Malaysian government has chosen to call it and also a new smart farming initiative called eLadang to help farmers increase yield and their income.

Aside from this there was also an intriguing single line mention of the Malaysia Digital Policy, but with no details supporting it.

On the funding side, aside from the RM1 billion in fresh funds to be made available in totality (not a single RM1 billion fund) for startups and, the waiving of management fees, the government also aims to reduce the investment threshold to 50% from 70% for VCs, from 2018 to 2022, to facilitate investments in startups.

A new tax deduction will also be introduced of up to RM20 million to encourage companies and individuals to invest in venture capital funds.

On a smaller scale, the successful Angel Tax Incentive (ATI) that was due to expire this year has been extended till 2020.

Visibly pleased with the funding related announcements, Dr V Sivapalan, President of the Malaysian Business Angels Network (MBAN) declares Budget 2018 “a progressive budget as it moves the funding ecosystem from the government to the private sector as it should be. Now there is no excuse for the private sector not to be more engaged with innovation and entrepreneurship thanks to these and many other incentives.”

The ATI was due to have expired by Dec 31, 2017 but with the Angel ecosystem just starting to take off, ending it would have a negative impact on the growth of Angel investors. The extension that MBAN lobbied for, now gives it another three years at least in which to push for greater Angel activity in the ecosystem, explains Sivapalan.

Commenting on the tax deduction of up to RM20 million for corporations and individuals who invest in venture capital funds, Sivapalan highlights that this was originally an initiative under the Technopreneurs Association of Malaysia (TeAM) and was called Corporate Investment Tax Incentive (CITI) when it was first proposed to the government in 2015.

“Currently few corporations are willing to invest in VC funds because of the perceived high risk of such investments. By providing a full tax deduction the government is helping to reduce the risk of this investment. This year the Securities Commission, Malaysian Digital Economy Corporation and the Blue Ocean Corporate Council under the chairmanship of Abdul Wahid Omar have all been working hard to ensure that the private sector increases its participation in the economy and this is one initiative that was endorsed and taken forward by these entities,” says Sivapalan.

Meanwhile, an entire section of the 2018 Malaysian Budget, Thrust 6, is focused on Industrial Revolution 4.0 with the government laying out that it will:

A trio of tax incentives was also announced:

With the strong interest around it, there was also further light shed on the Digital Free Trade Zone (DTFZ) that has many SMEs in Malaysia looking over their shoulders at China coming into the Malaysian market and outmuscling local companies.

The government though is excited about Malaysia being the first in the world outside China to establish a DFTZ which will comprise an e-Fulfilment Hub, Satellite Services Hub and e-Service Platform to stimulate growth in electronic trade. Its hope is that the DFTZ will be the catalyst to transform KLIA into the leading regional gateway.

The first phase of execution for the DFTZ sees the government aiming for 1,500 SMEs to participate in the Digital Economy with those companies expected to attract RM700 million worth of investment and create 2,500 job opportunities.

To get things going, the government will allocate a sum of RM83.5 million to construct infrastructure for the first phase of DFTZ in Aeropolis, KLIA.

It has also increased the de minimis or minimum value for imports from RM500 to RM800 to help establish Malaysia as the regional eCommerce hub.

One interesting announcement was the expansion of the regulatory sandbox, that Bank Negara Malaysia has pioneered in Malaysia to other regulators. The Government aims to expand this regulatory sandbox approach to facilitate companies to test innovative ideas and business models which will be implemented by all related regulators. No mention was made of which regulators.

On human capital, the government has made some allocations that reinforce its commitment to focus on STEM education and coding in schools with the announcement of a RM250 million allocation for teacher training with a further RM190 million for the creation of 2,000 smart classes in schools. At the same time the curriculum for coding in secondary schools will be extended to primary schools.

Making Industry 4.0 a reality for Malaysia 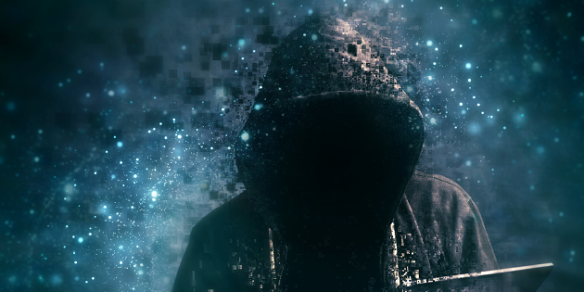