"Double 11 Global Shopping Festival has transformed itself from a promotional event to a global phenomena," declared Chris Tung, Alibaba Group Chief Marketing Officer. "In the context of Malaysia it's important to support SMEs well to service local consumers, as well as help them export the best of Malaysia to the world through the Alibaba platform."

At the stroke of midnight, attendees at a launch event in Xixi Campus in Hanzhou paid closed attention to a world map on an oversized screen that illustrated orders flowing between customers and retailers during the festival.  After only 96 seconds, the screen flashed an announcement that the GMV of RMB10 billion (almost RM6 billion) had been reached.

A lot of these overseas trades fall under the care of Tmall Global, China's largest cross-border platform. The day before the 11.11 sales, they held a press conference where they invited retailers from around the world to seriously consider China's 800 million e-commerce users as a significant potential market. Their proposal: To work together and use technology to help overseas brands find customers in China hungry for new brands and products

"We are pretty sure that Generation Z is the driving engine of the booming consumption in China today," said Tung.  They are a very adventurous group that are willing to try new products."

In fact, 55% of their consumers now were born after the 1990's, and there has been 42% year-on-year growth in the number of consumers from rural areas (classified as third-tier cities and below in China).

"It's not only because they have money to spend, it's also because the younger generation (is coming up)," said Alvin Liu, Tmall Import and Export General Manager.

"They spend time on vacation overseas, and they would like to buy what they see while travelling," said Liu. "Going forward I believe their buying power will become stronger".

This has been reflected in actual numbers. Overall sales have increased more than 300 percent this year, and more than 80 stores have earned more than RMB 100 million, including the example of one merchant who recorded sales of more than RMB 300 million in a single day.  "We're delighted to (forecast) US$200 billion sales over the next five years," said Liu. "If you look at those numbers you can see the potential of the China market"

Money clearly attracts more money and ambition. Earlier this year in October, American reality star Kim Kardashian collaborated to livestream and promote her brand. The event attracted 13 million viewers from around the world, and stock of KKW perfume literally sold out.

"We want to collaborate with our partners to build customer knowledge about the product," said Liu. "We will also use Alibaba technology to develop new products for the China market."

There is a cognisance that there is still much work to do to pull in foreign retailers, especially SMEs. "(We are) looking for star companies to be an example to others" said Lynn Tong, Tmall Import and Export Head of Global Business Development and Key Accounts. "We are very open to working with overseas brands and we are very confident we can help them succeed." 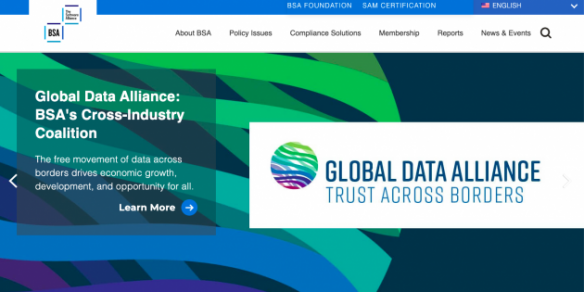