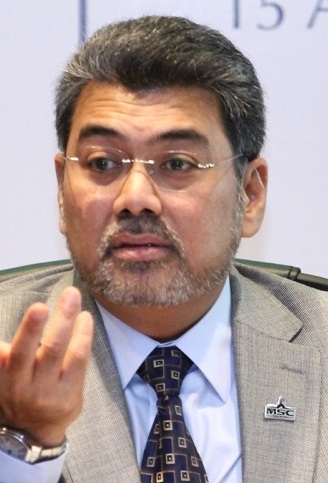 MALAYSIA may appoint a chief data scientist some time in the next couple of years as part of its efforts to develop local capabilities in data analytics.

According to the Multimedia Development Corporation (MDeC) chief executive officer Badlisham Ghazali (pic), the Malaysian Government is looking seriously into the matter and the appointment will be part of the Big Data Analytics Framework it is currently developing.

“Personally, I see the need for Malaysia to have a chief data scientist eventually, because of what the country is attempting to achieve with Vision 2020,” Badlisham told Digital News Asia (DNA) on the sidelines of a Big Data Week Kuala Lumpur 2014 conference on May 6.

Big Data Week is a global platform of interconnected community events focusing on the social, political, technological impacts of data. This year, Kuala Lumpur is the only city in South-East Asia to showcase Big Data Week with MDeC as the main organiser.

“I think realistically, knowing the government cycle, we are moving into the 11th Malaysian Plan (in 2016), I think ... you may see it (the appointment) in 2016,” Badlisham said.

He also said that MDeC,, Malaysia’s national ICT custodian, has been having roundtable discussions with the private sector and relevant government agencies on the development of the Big Data Analytics Framework. The goal is to have the framework ready by the end of 2015.

“I think the people around the table certainly know the value of big data, and what needs to be done to the data, as well as its governance within the Government.

“We are also trying to provide better clarity for them so that we can put it into the framework we are building. The framework is not just for the Government, it is also to set forth items that the Government wants to encourage the private sector to do as well,” he said.

The appointment of a chief data scientist, or chief data officer, at a national level, is not unheard of in the region.

Prior to joining the IDA, Prabir was chief management scientist at Accenture in Singapore. He had also spent 16 years in the United States driving various initiatives on data sciences and data-driven business strategies.

Though some may be concerned with Malaysia being too far behind in terms of the big data race in the region, the reality is that many countries and large enterprises have yet to embrace the trend in a big way.

According to research by Gartner, 25% of large global organisations will have appointed chief data officers by 2015.

“Currently, only about 2% of enterprises have this role,” said Subrato Basu, vice president the Asia Pacific Research Board at Gartner, during his presentation at the MDeC Big Data Week 2014 conference.

Subrato said that chief information officers (CIOs) may not be suitable to take on the role of a chief data officer as “most CIOs don’t manage information."

Raju Chellam, head of Big Data and Cloud for Dell South Asia, concurred. He said that “a CIO implements the strategic vision for how technologies will transform the business, and a roadmap for implementing the transformation.”

One thing is for sure, the big data trend is here to stay and the momentum is expected to grow.

“In fact, Gartner predicts that a total of 4.4 million IT jobs will be created globally to support big data by 2015 … Gartner also reports that global big data investments in 2013 continue to rise, with 64% of organisations investing or planning to invest in big data technology compared with 58% from 2012,” said Badlisham.

“Looking at these trends and statistics, MDeC believes that the country is ready to embrace the vast opportunities that big data analytics has to offer as we sow the seeds to grow Malaysia into a developed nation driven by the digital economy by 2020,” he added.