FULL-time student and part-time entrepreneur Tengku Syamil (pic) admits that it is indeed challenging trying to manage his business and studies at the same time. But the cofounder and chief executive officer of Skolafund says that despite having to juggle his studies and his business, he is coping alright so far ... “thankfully.”

“I think it boils down to time management and prioritising. It is important to plan well,” he says, adding that he and his cofounders – also students – make their plans for Skolafund around their academic schedules each semester.

“So I think I’m doing okay at the moment, balancing both. Even though I’m prioritising my startup more than my studies right now, I still managed to remain in the dean’s list for the fourth consecutive semester now,” the 24-year-old proudly declares. Skolafund was cofounded by a team of undergrads – beyond Syamil, there are Wildan Zulkifar, Syakir Hashim and Faruq Rasid.

The financial services technology (fintech) startup aims to help underprivileged students pursue higher education via crowdfunding in a peer-to-peer (P2P) lending model. “[Chief operating officer] Syakir was my classmate when we did our GCE A levels, while I got to know Faruq from another friend,” Syamil.

“As for our chief technology officer Wildan, we were in the same university and a friend introduced me to him when I was looking for tech talent,” he adds. Being an entrepreneur has impacted Syamil in many ways, especially since he is an introvert by nature.

“Networking events were something that I tried to avoid as much as possible, unless my friends were going to be there. “However, as an entrepreneur, apart from running the business, you need to network and get to know people – other entrepreneurs, people in the ecosystem, investors and so on,” he concedes.

He says that he has now learned to network and is more open about attending events and meeting new people. “I’ve been pushing myself to go beyond my comfort zone to be a better person and entrepreneur,” he says. In his entrepreneurial journey, Syamil has not only learnt the importance getting out of his comfort zone, but has also come to believe in himself.

“Don’t let others tell you what is possible and what isn’t,” he says, adding that when Skolafund was still in its idea phase, people he met told him that it wouldn’t work.

“Many were doubtful that Syakir and I could have pulled it off, and we had to use our own savings to build our minimum viable product (MVP) and prove them wrong.

“Just because something hasn’t been done, doesn’t mean it can’t work. The only way to know for sure is to give it a try yourself,” he argues.

But what really keeps Syamil going is the social element in Skolafund – he keeps reminding himself that he is making a difference to underprivileged students. “We’re working to make higher education affordable and accessible to those who qualify but might require financial support.

“And knowing that we’re offering a solution – no matter how small it is – that others are benefitting from, that keeps my teammates and me motivated,” he says. 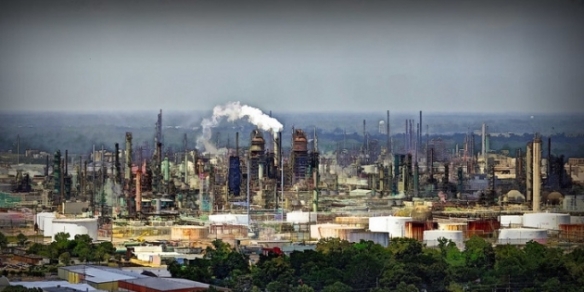