Digerati50: To get rich – avoid startups Digital News Asia (DNA) continues its series that profiles the 50 influencers who are helping shape Malaysia’s Digital Economy, from Digerati50 2016-2017 (Vol 2), a special print publication released in February 2016. The digital version of that publication can be downloaded from the link at the top right corner of the page thanks to the sponsorship of Telekom Malaysia Bhd, Malaysia’s convergence champion. For information on customised reprints email [email protected]

AT one point in time (circa mid 2016), Asia Capital Management Sdn Bhd founder Wong Whei Meng (pic) was very concerned for the safety of his family and colleagues. They were getting threats from “certain quarters” over his Speedrent app.

“It was quite a mixed feeling,” recalls Whei Meng.

“On the one hand, we were concerned for our safety when we were getting threats or unpleasant messages via email.

“But at the same time, when support poured in from the public, we were very encouraged. It sort of validated the idea that people actually needed a compelling alternative for property rental, without agents’ involvement,” he adds.

While Whei Meng may be a new name to many following the Malaysian startup scene, he is by no means a rookie entrepreneur.

His entrepreneurial journey started when he was 17 and still in secondary school, after he and his friends started a webhosting company called Ultra Unix.

He took a few years to clear the debts, and when that was done, sold his stake to his other partner when he was 22. He then ventured into the business of providing content delivery network solutions, and that company was later sold to a European company.

His entrepreneurial journey may have got off to an accidental start, but Whei Meng has found other motivations to keep on him on this path.

“I live by the mantra ‘be the change you wish to see.’ With that, I need to see three key factors in order for me to execute that change,” he says.

“The first is to see something that is wrong or inefficient. I truly believe in this and have a passion in driving that. This is, by far, the most important factor to get me drilling in.

“I also believe we can build the best product and service, unmatched by competitors in key areas. That also helps motivate me.

“The third is that the things I am doing are not only for myself, but to give the public an alternative to addressing the inefficiencies [in the current system],” he says.

There is a fourth key factor, he acknowledges after some consideration: “Last but not least, there is economic and financial gain in the long-term if it all goes right.”

For aspiring entrepreneurs out there, Whei Meng has this to say: “Conventional wisdom says that if you wish to be rich, start a business.

“Looking at the high failure rate with startups, it is not a good suggestion at all,” he quips.

But he does have some advice to give, after all.

“The first is that it is always important to be passionate in what you do. Without passion, it is hard to drive things.

“The second is to find a good mentor – and I don’t mean find a nice guy, but a mentor who is willing to tell you the cold, hard truth.

“The third is to always keep your head down, keep executing, and keep reflecting. Be focused and don’t be distracted too much by competitors’ noise,” says Whei Meng. 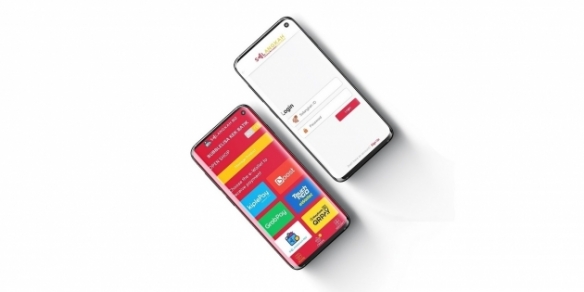