In a statement, the e-commerce aggregator said this is in comparison with its report for 2019-2020 where there was about an equal number of male and female shoppers across all of iPrice’s aggregated products and sellers.

It also highlighted that this trend can clearly be observed in the Philippines, wherein their female-male ratio is 64:36, where there were more female Filipina shoppers than male shoppers across the Philippine platforms’ categories except for automotive.

This user data, according to iPrice Group, was gathered from its extensive database over seven billion offers from more than eight million sellers across Southeast Asia. The period of the study was from January 1, 2021 to March 13, 2022 with the same period in 2019-2020.

Six out of ten of these new users, it said, were found in the electronics category, which received almost two-thirds of the total number of new users.

The electronics category has always received the most users in total, but the volume of new users is also significant, it added.

Vietnam, Indonesia, and the Philippines had the most increase of new users in this category, specifically by 292%, 78%, and 71% respectively, it noted.

The report also highlighted that more women are penetrating the electronics category as well, evening out the gender demographics.

Meanwhile, the sports and outdoor category received the most increase in new users across the six SEA countries, rising by 87%, iPrice Group said,

The company added that with outdoor activities deemed as a safer alternative to indoor gatherings, it made sense that Southeast Asians would invest in these products more.

Although over half of the shoppers in the sports &andoutdoors category are men, there was also a significant increase in female users in the past year, rising from 35% to 44%, it added.

Fashion was the only category with an overall decrease in users in the past year, the survey indicated.

This category lost both overall users and new users in the past year, dropping by 5% and 8% respectively, the report noted.

Across most countries, there has been a consistent loss of new users in this category, led by Singapore (40%), followed by Malaysia (37%), the Philippines (35%), and Vietnam (7%).

The only countries that received a slight, negligible increase in new users in this category were Thailand (4%) and Indonesia (2%), the study indicated. Meanwhile, in a collaboration with Parcel Monitor, iPrice analysed the change in e-commerce parcel volumes across Singapore, Malaysia, Thailand, and Indonesia during 2021’s peak seasons (Songkran for Thailand and Ramadan for the rest).

A significant increase of 34% in parcel volumes was observed across Asia during the 11.11 sales period in 2021, which is still one of the biggest online sales days in the region, it added.

The study also showed that Malaysia had the most drastic change in delivery time, wherein it shortened from 4.6 days in 2020 to 2.6 days in 2021.

Indonesia’s parcel delivery time was also shortened from three days to 1.9 days while Singapore’s delivery time has slightly adjusted from 1.5 days to 1.3 days, the report highlighted.

The surge in new online shoppers translates to transactions given the increase in parcel volume over the years, especially during peak season, iPrice said. 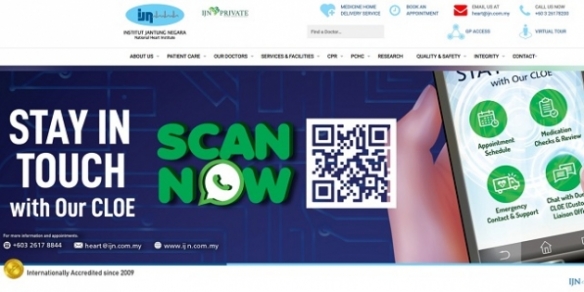