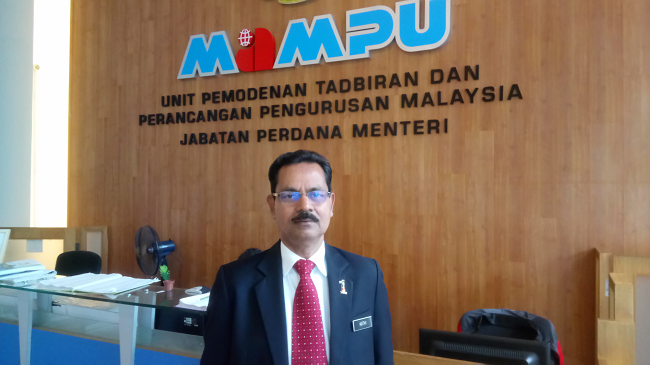 THE heat is about to be turned up on software vendors who, taking advantage of poor project management knowhow on the part of the government, have gotten away for years with delivering sub-par IT projects to the Malaysian government.

With increasing digitization of government services, these projects fail the user experience test when deployed to citizens, with the government taking the heat when irate tax payers take to social media to vent. But the government is striking back.

Mampu, which stands for Malaysian Administrative Modernisation and Management Planning Unit and is the defacto ICT lead agency for the government, is working with the Ministry of Finance (MoF) to tighten a procurement circular that since 2013 has encouraged all government agencies embarking on software development projects deemed to be critical and of high impact to deploy third party testing.

“But we are currently in discussions with MOF to make it mandatory for such critical and high impact projects go through an independent verification and validation or IVV,” says Mampu Principal ICT Consultant (System Development), ICT Consultancy Division, Kathirrasan K Kupusamy (pic) in an interview with DNA recently. [Correction: An earlier version wrongly identified Kathirrasan as Subramani Nagaiah. The error is regretted.]

Critical and high impact include life threatening, national security and financial applications with the Immigration Department's Sistem Kawalan Imigresen Nasional (SKIN) or National Immigration Surveillance System as an example of a high impact project with national security concerns. SKIN is a US$790 million (RM3.5 billion) project with a three year build and deploy phrase which is estimated to cost around US$185 million (RM820 million) in capex, says Kathirrasan. [Capex amount corrected.]

The pain point the government wants to address is the poor ICT knowledge in government that has been identified as a key weakness.

“In many [IT] projects, the quality has not been up to our expectations. The fault there lies with poor project management skills on the part of the various government agencies that undertake these projects that are intended to deliver better services,” acknowledges Kathirrasan who is confident that the mandatory IVV requirement will be enforced by the end of 2017.

Capability building to hands on experience to consulting

Tracing the beginnings of the government’s action to improve its IT capabilities take us to 2009 when software testing became high on its list of priorities. The catalyst was the Economic Stimulus plan when the government decided to build up software testing capabilities in both the public and private sector with the initiative led by the Malaysia Software Testing Board (MSTB) but supported with funding from the Economic Planning Unit.

With knowledge of software testing in the government still nascent, it was logical to start with building capabilities first and the Institute of Public Administration or Intan, the government training arm was roped in to lead this.

Today, about 350 officers from across the public sector have been trained as software testers receiving ISTQB certification (International Software Testing Quality Board). Some also received their Certified Professional in Requirements Engineering certification. Between 80 to 90 officers are at the advanced level with their CTAL or Certified Tester Advanced Level certification.

Now comes the next stage, to get hands on experience to become better testers and go on to provide consultancy to other government departments. Which is where the newly created Malaysian Public Centre Testing Centre of Excellence or MyTCOE comes into the picture. Operational since Jan, it is staffed by five Mampu officers who are certified testers and requirement engineers, with Kathirrasan heading the centre.

There are also plans for the five officers to work with MSTB’s own COE and get hands on experience with the tools and customer interactions. “When they come back they will become better advisors to any of their public sector peers who come seeking help at the MyTCOE for any of their IT development projects where we will advise if they need third party validation,” says Kathirrasan.

The need for the public sector to have such trusted advice is critical with government not being able to attract quality technical talent. This lack of sufficient knowledge manifests itself when government agencies run user acceptance tests (UAT) on the software they commission.

“Frequently, the functional aspects can be fulfilled but non-functional aspects such as security, response time, performance and usability requirements were not given proper attention and in some cases the officers were not even aware of their need, Kathirrasan acknowledges candidly.

It is this gap that the ongoing software training and the newly launched MyPCOE will plug, Mampu is confident. Its confidence has been bolstered by the successful implementation of a RM10 million project to build a new migrant worker approval system.

The Ministry of Human Resources had an outdated system for approving migrant workers and was building a new system with Mampu involved from the beginning. “The project was completed on time, on budget and more importantly with end users, employers, happy with the system,” says Kathirrasan who emphasizes that third party testing was deployed. By April the new system will also be integrated with Immigration Department for a more streamlined approval process.

Successful projects such as this only reinforce the value of software testing in the eyes of the government which is why it is currently working on making third party software testing mandatory, notes Kathirrasan.

Next: How a POC involving eight ongoing projects between 2013-2016 led to a valuable report.