Digital transformation: It’s all about the network, silly NETWORKING still remains a seemingly arcane science, one which only IT departments dare tread – which wouldn’t be a problem except for the fact that the other parts of the business keep haranguing the IT department over slow connection speeds.

As the digital transformation trend ramps up, companies find they are being inhibited by their networks, according to Bjorn Engelhardt (pic above), senior vice president of Asia Pacific and Japan at US-based networking company Riverbed Technology Inc.

“I’ll share an example: We had a customer event in Hong Kong last week and I posed two questions,” he says, speaking to Digital News Asia (DNA) in Singapore recently.

“The first was: ‘Imagine 30 minutes before you walked out the door, your boss told you that you had to deliver a video-conference from the new CEO (chief executive officer) to all staff, and that it had to be secure and high performing. Would you still be able to come out for drinks tonight?’

“How about: ‘You are opening a new store in Macau next week and the head of business says he needs everything working next week – would you still be able to come out tonight?’

“No hands went up. The reality is that everybody should put their hands up, because they shouldn’t be thinking about how their network is the inhibitor of how they run their business,” he adds.

The networking world appears to be stuck in a rut, with little change in the last 20-30 years, Engelhardt argues.

“From the data centre to the server, everything is a hub or spoke because that’s how we worked.

“Mobility came in and caused some issues in how we managed it, but what we haven’t seen is a real transformation or disruption of the networking industry,” he adds.

This is where software-defined wide area networking (SD-WAN) can help change how networks are viewed, Engelhardt claims.

“The whole idea and notion is that ‘software-defined something’ simplifies what you’re doing and gives you control,” he says.

“In our case, it’s all about starting with what the application is, who the users are, and how they can engage from various locations.

“Ultimately, it starts with the application as the centrepiece as to how your organisation runs. Without that being managed, the underlying network is unable to support you in an agile manner – you’re always going to be hamstrung,” he adds.

The chief information officer (CIO) is shifting from a purely technical role to a business one, but networking should not be a focus area of the CIO, according to Engelhardt.

“Technology is the driver of businesses today, allowing us to engage better with our customers,” he says.

“If we look down the stack from there, networking is not something people should be focused on.

“Whilst the network is critical to digital transformation and core to everything we do, it doesn’t really differentiate you on how you deal with your customer,” he adds.

Instead, networking should not be viewed through a technical lens, but should be seen as a service tied to business outcomes.

“Networking needs to be simple and easily controlled by the business outcomes, it really needs to start with that premise rather than ports and routing packets,” says Engelhardt.

5 things you need to do before implementing SD-WAN 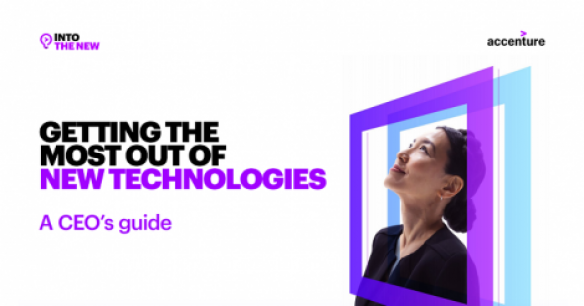