GK Aqua Sdn Bhd, a Malaysian Biotechnology company is looking to raise a minimum of US$478,000 (RM2 million) for 4.26% equity with a maximum target of US$1.9 million (RM8 million) for 15.09% equity via the Malaysian equity crowdfunding platform pitchIN.

Founded in 2016 with a vision to make Malaysia an export country of top-quality freshwater prawns, GK Aqua claims a pre-money valuation of RM45 million.

With a mission to empower agropreneurs with an easy-to-scale business model coupled with cutting-edge biotechnology, GK Aqua has since enrolled 20 farmers into their freshwater prawn joint venture programme with farms ranging from medium to big scale. With harvesting made manageable and GK Aqua guaranteeing the repurchasing of the farmed freshwater prawns, farmers have since become more inclined to pursue freshwater prawn farming. Founder and CEO of GK Aqua, Giva Kuppusamy (pic, right) said: “This investment will be used to capitalise on a fast-growing market, further research and development efforts, grow our team and scale our hatcheries. Through the utilisation of cutting edge biotechnology methods, we are able to produce all-male postlarvae (PL). This has resulted in the breeding of disease-resistant prawns that are 3 times larger in size weighing an estimate of 200 grams per prawn.”

Most of its funding to conduct research has come from public funds/grants. It has raised a total of RM4.6 million from PlatCOM, SME Corp, and Cradle through grants which were used to solidify their biotechnology research and digitising their farms.

GK Aqua hatcheries are located in Batu Pelanduk, Negeri Sembilan and can produce 24 million PL per annum. In August 2021, GK Aqua began its exporting efforts and has thus far exported over 200,000 PL to Mauritius and Eqypt, valued of US$30,000.

The global freshwater prawn consumption market is valued at US$7 billion.  In Malaysia, 3,000 metric tons of freshwater prawns are consumed annually with 90% imported to meet local demand. The species, locally known as “Udang Galah”, is popular in most seafood restaurants. The demand for large-sized prawns has risen to as high as RM90/kg (US$21.50/kg).

In a typical Udang Galah mixed population culture, the ratio of males to females is 30:70, with the females ranging around 58 grams compared to the males, weighing approximately 171 grams. These vast differences in weight cause significant disparities in the pricing of the prawns and deter farmers from growing freshwater prawns.

In 2016, GK Aqua was awarded the top 100 World Community Solutions by the United States Department of State, emerged as one of the top 3 Projects in the Newton-Ungku Fund and was a top 6 finalist in the Persatuan Usahawan Maju Malaysia (PUMM) Malaysian Entrepreneur 2018 programme. Their freshwater prawn feed project has also earned them the best disruptive project award from HRH Prince Andrew, Duke of York.

More information on GK Aqua can be obtained here. 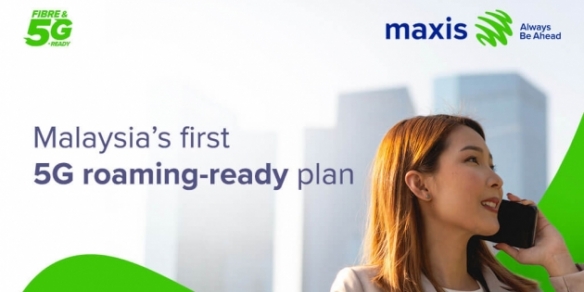