Amazon Web Service's (AWS) annual re:Invent conference in Dec 2020 was in reality less about the huge technological strides it has made in the complicated year, and more about how its current incorporation of Industry 4.0 innovations is a reaffirmation of its current growth.

In fact, while AWS CEO Andy Jassy's (who will take over as Amazon CEO in Sept) keynote seemed to be a slew of announcements featuring its latest disruptive technologies, truth be told it was more an appeal for companies to re:Invent themselves using AWS technology that - well - simply works.

"You want to be reinventing all the time," said Andy, in a statement that was both a little bit on the nose, and very relevant at this particular time. "When you have a period of discontinuity like a pandemic, companies take a step back and they rethink what they're doing.”

And no surprise that he states, "When you look back on the history of the cloud, it turns out that the pandemic accelerated cloud adoption by several years,” and possibly continue to accelerate. He pointed out that only 4 percent of global IT spend is focused on the cloud. "It means that there's a lot of growth ahead of us." 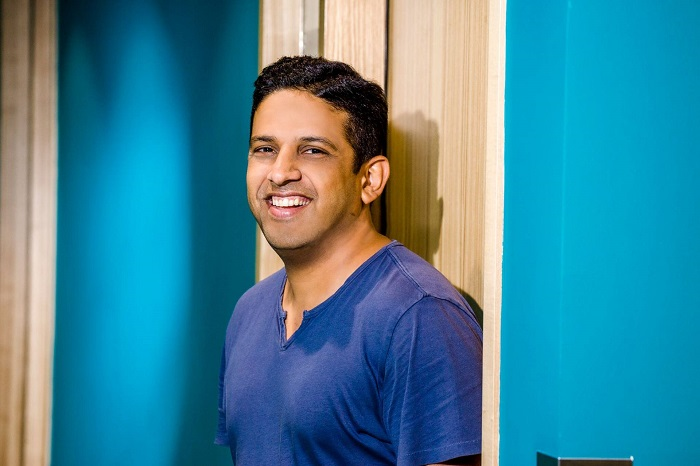 The same could perhaps be said of companies in Southeast Asia, who themselves are at various stages of digitalisation, including a large segment who are taking their first tentative steps.
"I would say (there are) millions across Southeast Asia, SMB (Small Medium Businesses) customers who come from traditional backgrounds. Typically and historically, their appetite for technology and digitization has probably been moderate to low until about three to four years ago," said Santanu Dutt (pic), AWS Head of Technology / CTO for South East Asia.

"A lot of these mom and pop stores and even SMB customers are starting to adopt the cloud and technology in a big, big way."

Analytics, Machine Learning, IOT and Edge Computing
Santanu identified four areas where companies in the region were taking an interest: analytics, machine learning (ML), IoT and edge computing. "In the last 12 months, (our customers) have started developing (on our solutions) in a fully-fledged manner," he said.

"(Artificial intelligence) has reached a maturity stage, where machine learning has become a new normal," he declares.
Among the new services perhaps of interest to SMBs is AWS Monitron, that uses IoT and ML to detect abnormal equipment conditions. Meanwhile, Lookout for Equipment and Lookout for Vision, that allow customers to use AWS ML models to detect malfunctions in equipment and flaws in products.

"We expect that a lot of manufacturing units and factories across Malaysia, Philippines and Thailand will actually deploy these in-built solutions and services," he said, adding that they would not need to appoint third-party developers to actually build and maintain these services.

Santanu is also beginning to see ML ideas being introduced in areas like agriculture. "They are starting to use computer vision and machine learning models to predict which seeds will grow, in places like Indonesia, for example."

Other features like Amazon Connect (the SaaS that helps companies manage helpdesk services) have already incorporated AI in the form of Contact Lens, for example, which transcribes a phone call from a customer in real time, then performs sentiment analysis (to detect if the customer is angry, for example), and even suggests mitigation steps (e.g. what troubleshooting instructions to give).

Amazon Connect now adds the ability to escalate calls and notify managers if things are going badly. This adds a layer of automation into the process flow, in comparison to previous enhancements which were more like suggestions to add information.
Finally, Amazon is also expanding the reach of Amazon Outposts, which is an all-in-one box that is physically located at the customer site. It allows users to host an environment similar to a public cloud on their premises.

One benefit of using Outposts is that a lot of the data transfer and workload can be shifted to the edge. While this helps companies that have extremely high performance requirements, or need to process sensitive data locally, Santanu also noted a geographical fit for Southeast Asia: "Some of our countries have lots of islands, (with) factories and offices on the edge."

The device is a managed service by AWS fully connected to an AWS public region, of which currently only Singapore is in Southeast Asia, but it will soon be joined by Jakarta and Osaka in 2021. Other regions in the world to join the AWS global infrastructure include Hyderabad, Zurich and Spain over the next two years.

Apart from servicing local companies on the edge, this burgeoning worldwide network also benefits those with a global presence. "The likes of Petronas who basically have operations in different countries, a lot of times they end up using more than one region beyond Singapore," said Santanu.

"As of two years ago most of our regions are integrated with our private backbone for customers that run by region."

Growth in SEA
Certainly, Southeast Asia is a looming battleground pitting AWS against Alibaba, respectively the largest and third-largest cloud service providers in the world.

Jassy was quick to downplay the fact that Alibaba's cloud business is growing faster than Amazon, pointing out that his company has a much larger base to grow from.

"If you look at just AWS as an example, to grow to a US$46 billion (RM187 billion) revenue run rate with a 29% year-on-year growth, it meant we had to grow an incremental US$10 billion (RM40.7 billion)  in the last 12 months to get there. That is much larger than you'll see elsewhere."

"AWS continues to have a very significant market segment share at about 45%, more than double that of the second place provider, who's almost double the third place provider."

Perhaps his CEO is protesting a little too much, but for now, Santanu agreed he is seeing growth for AWS in Southeast Asia, having staffed offices in countries like Vietnam, while attracting customers from the likes of Myanmar, Cambodia, and Laos.

Perhaps surprisingly, Santanu says that talent isn’t as much a problem as might be assumed. He admitted that there needs to be some groundwork in terms of skills that needs to be built up, and Amazon supplements that with training and certification, and perhaps with external solution architects.

"Beyond that, honestly the technology with AWS is actually less of a problem. It is the cultural mindset, the shift of being in the digital world where you have to iterate every single day to survive."