THERE has been much development in Augmented Reality (AR), but finding commercial uses for it has been more elusive.

That has begun to change over the last two years, and now AR is even making an impact in the fashion retail industry, which is discovering the advantages of being able to show shoppers how a dress or accessory would look on them without having to physically try them on.

AR startups such as iQNECT have made some inroads there, but in its case the AR is just an overlay, and the outfits and accessories aren’t adjusted to the user’s size.

This is where London-based Metail believes it can make a difference, with its virtual fitting room technology that allows users to create an avatar with just three to five parameters, according to Kelvin Au, managing director of its Asian operations.

“We allow people to see how clothes look and fit on their own personal body shape – there are tools out there that only provide a size recommendation but not a size visualisation,” he says, speaking to Digital News Asia (DNA) in Singapore recently.

“The problem with that is people can’t actually visualise it, and our research around it shows that when people see how things look on themselves, the sense of ownership is higher, which is critical in fashion,” he adds.

The ability for shoppers to see themselves in the clothes they are considering increases the likelihood they would actually make a purchase, according to Au.

The key is also in making the consumer journey seamless and simple as well, he argues.

“What we found out is that if you need the consumer to go off and take measurements or take photos with a different camera, it will cut the shopping journey quite abruptly – people tend to not use it.

“We just ask users for three measurements – height, weight and bra size, which most people know. If you happen to know your waist or hip size, you can tweak it further,” he says, adding that Metail currently has only female avatars, but a male version is in the works. Unlike other similar AR solutions in retail, the physical presence of the user is not required when it comes to Metail, according to Au.

These other solutions require users to physically go to the store first, where the store’s special equipment will be used to create the virtual overlays of shoppers’ bodies.

“This defeats the purpose of online shopping,” says Au.

“The quality of AR is still not quite there – if you move very quickly … it will not map accurately around your body,” he says.

These other solutions also do not provide sizing recommendations or guides, just a simple overlay.

The cost of digitising a single garment is still quite high, but that is a cost that Metail has significantly lowered to less than US$10, according to Au.

“This has allowed us to scale up our operations quickly,” he says.

Metail is also focused on providing a holistic experience, with shoppers being able to mix and match everything from tops and bottoms to shoes, and buy them with a single click.

“Our view of this, especially with shoe shops, is that editors often curate an entire look from top to bottom, so with one click you can view it, and with another you can buy the entire look,” says Au.

“Friction to buy is reduced – the bottom line is to make the customer experience as seamless as possible,” he adds.

The cutting board, and the 2016 lineup Metail was founded in 2008, and according to CrunchBase, has gathered US$19.49 million in three rounds of funding, with the latest being a US$12-million Series B round in October, 2014.

When it first came to Singapore about one and a half years ago, it faced the challenge of introducing a brand new technology into a then nascent e-commerce market, according to Au (pic).

“E-commerce was relatively nascent here but growing rapidly, but this [AR] technology was even newer.

“A lot of time was spent educating the market – not about the Metail experience, but about the fundamentals of e-commerce, like what can you do to better the customer experience,” he says.

Retailers and providers have to understand the fundamentals before they buy into the technology, according to Au.

“The mind-set here has been to build something transactional, which is not the case. In order to have a sustainable business and take market share, it’s about having a better customer experience,” he says.

Au says it took him about six to nine months to meet various people across the region to talk them through this process.

“Now the market has advanced in terms of what retailers and consumers are looking for in an online experience,” he declares. “I think it’s the right time to expand rapidly now.”

The AR startup needs to pick the right partners in the region, hence the long interval between entering Singapore and launching its services regionally, according to Au.

“We’re not in the game where we want to launch with many retailers very quickly if they are low quality – we want to pick our partners to work with,” he says.

“That’s why we wanted to take the time to build relationships and work together on the details,” he adds.

A bigger and more credible partner will give Metail a better reach into the market, he argues.

Singapore was also chosen as the Asian hub, where Metail has partnered up with SheShops, media powerhouse Singapore Press Holdings’ (SPH) e-commerce portal.

“Singapore is a well-established market and there is no better partner to work with than SPH, with its great readership base and interest in fashion and lifestyle,” says Au.

“Also, being in Singapore, we are able to tap into the South-East Asian and Asian markets as a whole,” he adds.

Metail plans to launch in various regional markets in the coming year, and has signed deals in Vietnam, South Korea and Thailand, according to Au, as well as with a Singapore department store which he declines to name.

“Thailand will launch within the first or second quarter of 2016, while Vietnam and South Korea will probably launch in the second quarter,” he says.

“Indonesia and the Philippines will follow next year,” he adds. 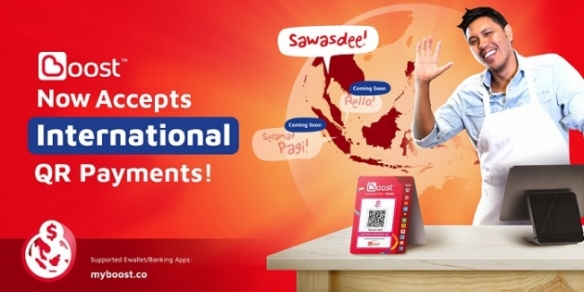