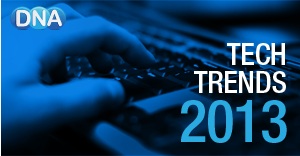 ANALYSIS For the past few years, companies have been touting the advantages of business intelligence (BI) as a means to gain competitive advantage over their rivals.

But while enterprises are just beginning to apply BI as a tool to analyze their business performance, a new catchphrase in analytics has appeared in the past 12 months, and as with all new trends, has begun to capture the imagination of businesses.

'Predictive analytics' is beginning to take shape because organizations realize that to compete in an increasingly global and regulated business environment, they must find new ways to use and analyze the vast amount of data they have been collecting for so long but have not yet exploited to its fullest effect, according to Ovum.

The analyst firm notes that predictive analytics can help improve data analytics over conventional BI analysis by bringing a new level of intelligence and foresight to the process of turning data into information for competitive advantage.

In a research note, Ovum says the ability to identify unexpected opportunities and threats, anticipate operational business problems, and understand consumer behavior can provide organizations with a significant competitive advantage and help them run their businesses more intelligently.

So exactly what is the difference between BI and predictive analytics?

Ovum defines predictive analytics as a methodology that applies a variety of complex algorithms, statistical models, and mathematics to large volumes of data to discover hidden patterns or relationships within that data.

And according to financial services analytics player Fico, traditional BI refers to descriptive analytics and enables decision makers to understand market trends and the current state of things, but is not forward-looking.

Fico notes that predictive analytics looks beyond simple reporting and analyses and uses past data patterns to identify future trends. It also uses statistical techniques and factors in probability in order to predict the likelihood of a particular event, and therefore has predictive power.

An example of predictive analytics can be found when say a telco uses it to predict future growth in its broadband network, thereby helping it to plan its capex investments as the demand grows, says analytics vendor SAS Institute.

Marketers can predict the likely outcome of their marketing campaigns, enabling them to focus only on campaigns that produce the highest responses, and bankers and insurers can study fraudulent patterns and proactively design measures to catch fraudsters before they even commit a crime, saving them millions, notes SAS. 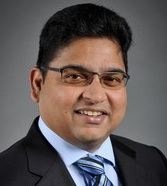 To gauge the maturity level of predictive analytics in the Malaysian context, Digital News Asia (DNA) spoke to industry players and independent analysts to get a sense of how this sector has grown in the past 12 months and what are the trends to look out for going forward into 2013.

According to Dinesh Pereira (pic), country manager, FICO Malaysia, the biggest development in predictive analytics has been the increased awareness of the value of BI and analytics across all industries.

Dinesh notes analysis firms IDC and Gartner had both predicted that the business analytics market will continue to grow positively in the years to come.

Meanwhile, SAS says one of the biggest developments in analytics is the use of advanced visualization technologies and mobile analytics platforms, which allows critical business data to be presented in an easy to read, actionable format on any device.

“Advanced visualization tools have in-built intelligence to model data automatically so that information is presented to multiple users across the business in a way that makes sense to them,” says SAS Malaysia managing director Andrew Tan.

SAS says this will change the decision-making process dramatically as executives are able to make critical decisions faster than ever before.

“Any business that is competing in a hyper-competitive industry like banking, insurance, retail, FMCG (fast moving consumer goods), telecommunications and manufacturing will need analytics at its fingertips to survive and thrive,” says Tan.

While there is good growth potential for predictive analytics and the promise of its benefits are there for the taking, expectations over what it can do in 2013 for enterprises must be tempered with some measure of caution, says Forrester Research. In an email response to DNA, Michael Barnes (pic), vice president and research director at Forrester, notes that currently, enterprise-wide penetration of BI tools remains relatively low in most Asia Pacific markets as few companies have focused on rationalizing BI tools enterprise-wide, and that those doing so have met with limited success.

“But in less mature markets — China, India, most of Asean — BI spending still primarily focuses on improved, but still static, reporting,” he points out.

Another impediment facing Asean-based countries, according to SAS, is that data owned by many of these enterprises still reside in silos and are not consistent throughout their database and warehouses.

“They still have to consolidate their data first and ensure it is managed in a way that supports their business objectives,” explains SAS Malaysia's Tan. “Only then will advanced analytics be able to deliver value.” Concurring with this view was Daniel-Zoe Jimenez (pic), program manager, IDC's Asia/Pacific Software Group, who notes that the issue of data integrity is the one of the biggest challenges facing analytics today.

In an interview with DNA, Jimenez says that enterprises today have too much disparate data, which reside in different silos, in different departments.

“The greatest challenge for most enterprises is that of upper management not being able to get a single view of their customers as the data to build this profile is stored all over,” he says.

Asked why this was so, Jimenez says historically speaking, analytics was something that was done in departments and not company-wide, and as such, the data analyzed only resided in these departments.

“Others wanting to see this data can’t do so and there is no integration and hence lines of businesses are not able to access this data.”

On what can be done to address this, Jimenez says that it’s imperative get the fundamentals right.

“Enterprises must go back and ensure that the data they own are consolidated and accurate to begin with. They will need to sort this out so that everyone – from lines of business to IT – can create a master data management and governance project to ensure that companies use a single source of data.” Besides the data integrity problem there are other challenges that face the industry in 2013, chief of which is the lack of skills and a data driven culture, says SAS Malaysia's Tan (pic).

According to him, the most successful companies have a data driven culture led by a senior business leader and the flip side to that is that employees must want to use data to do their jobs better if they are going to reap the full benefit of analytics.

“While analytical talent remains a barrier, we believe that advanced visualizations tools will help businesses get started with advanced analytics.

“In order to address the shortage of analytical talent, SAS is working with local universities to train more data scientists at the grassroots level and we have just started a Graduate Development Program where Malaysian graduates are trained by some of the best data scientists in Malaysia,” Tan says.

Fico’s Dinesh adds that the lack of understanding amongst business leaders who are typically the decision makers is another challenge that must be overcome.

Despite these challenges, Forrester’s Barnes believes that BI-related spending will increase over the next 12 months in all markets within the region.

Spurred on by overly optimistic or inflated expectations from both business users and IT, big data projects will grow at a rate of more than 20% across the region over the next 24-36 months, he notes.

“However, success will be varied with many large scale failures attracting a greater degree of scrutiny by the end of 2013 and into 2014,” he predicts. “Growth in traditional BI and reporting tools will be slower than expected due to the cost implications of software licensing relative to purchasing power in Asia Pacific growth markets. This will drive increased growth in hosted, SaaS (software as a service) and niche BI solutions.

“As competition increases aided by technology itself, businesses will need to find ways to increase the speed at which their businesses perform today,” Tan says. “Businesses should start now to manage their data so that it can support their businesses going into the future. The longer they wait, the harder it will be.”

Fico’s Dinesh adds, “Companies in Asia-Pacific don’t feel ready to tackle the amount of enterprise data they have but this data, with its volume, velocity and variety, provides more material for predictive models and algorithms, which means even better predictions and better alternatives for decision strategies. That’s where predictive analytics really shines – helping to determine which data elements are actually useful and predictive, as all data are not created equal.”