IT did seem like watching the inner workings of a replicator in the Star Trek universe – a three-dimensional object was on the screen, and gooey stuff was being added layer by layer within this little glass case, completely replicating that 3D image.

Except this was in real life. And out it popped; a real, physical object, just like the one on the screen. Something you can touch.

“3D printing is actually not a new technology, it’s been around for years,” says Vicki Kei, marketing director for 3D printing innovator and leader Stratasys Ltd in Asia Pacific and Japan. “But admittedly, things have really taken off in the last couple of years.”

The most mature users are those companies that are used to CAD (computer-aided design) software, such as those in the automotive industry. But emerging trends have spread the technology beyond its usual shores – enough that in the last couple of years, exploding interest has convinced Stratasys to open up operations in Asia as well.

Kei, who had been in the CAD/CAM (computer-aided design and manufacturing) industry for more than 15 years, only joined Stratasys last year. “This is such an exciting industry to be in at this moment,” she says.

According to some estimates, the 3D printing market is expected to be worth US$6.5 billion by 2019. In February, US President Barack Obama identified ‘additive manufacturing,’ of which 3D printing is a major component, as one of the three top technologies that would be of strategic importance to American manufacturers.

The US Government has set up four ‘hubs’ for the technology, in which Stratasys is present. Across the Atlantic, the UK Government is investing in 3D printing research and development (R&D). Further afield, China has also been discussing setting up 3D printing sites as well, according to Kei.

“This industry is growing, and growing quickly,” she says.

And Stratasys is growing along with it, reporting revenue of US$360 million in 2012. “And we are growing at about 25% globally, with our expectations for this year being between US$425 million and US$430 million,” she says.

The company employs 1,100 people all over the world, and is now aiming its sights on Asia Pacific, including Malaysia.

Not quite your dad’s inkjet

The term ‘3D printing’ may sound very workman-like and mundane for something that is straight out of science fiction, but you can blame that on the origin of the technology.

Manufacturing is typically a ‘subtractive’ process. Just as sculptor would with a block of stone, you remove all the bits you don’t want, to create the object you do want – whether it’s the part of an aircraft engine or car, or the plastic framework of a baby-seat.

Additive manufacturing is the opposite – you start with nothing but the design, and insert the material layer by layer according to the design specifications until you get that object you want, whether it is a concept model, rapid prototype, product mock-up, or even the actual product.

3D printing is essentially an additive manufacturing process where a solid object is made from a digital CAD design file. In Stratasys’ case, it uses its own additive technologies it calls FDM (Fusion Deposition Modelling) or PolyJet, where a model is created by laying down successive layers of material.

Instead of toner cartridges and inkjets to fire the ink, you have polyjets extruding or injecting special materials.

Stratasys Ltd itself started life as Stratasys Inc in 1988, but the beefed-up company was formed after it merged with Objet Ltd last year. Last week, it announced it had reached a definitive merger agreement to acquire desktop 3D printing company MakerBot.

Founded in 2009, MakerBot helped develop the desktop 3D printing market and has sold more than 22,000 printers since 2009, Stratasys said in a statement.

Unlike other many technology companies, Stratasys did not start in a garage but in a kitchen. Indeed, the garage was merely in its second phase.

The company was founded by S. Scott Crump, now chairman and head of innovation, but who served as chief executive officer and president from 1988 to 2012. “Scott (Crump) was the inventor of FDM technology,” says Kei (pic). “The story was, back in the 1980s, he wanted to build a unique toy for his daughter, and he had this idea of building it from scratch, layer by layer, via an additive process – with no human intervention.”

Crump played around with the idea of a polyjet – an inkjet technology that uses polymer plastics instead of ink.

“You inject the materials and you build it up,” says Kei. “And he was doing it in the kitchen. Mrs Crump was quite mad at the mess, and he was forced out to the garage, and that was how the company was formed.”

Mrs Crump – Lisa H. Crump – is credited as being the co-inventor of FDM technology and cofounder of Stratasys.

Theoretically, all 3D content can be ‘printed.’ “As long as you can capture that 3D software content in a computer environment, it can be printed,” says Kei.

“We’re the inventors of the technologies we use, including the FDM and polyjet technologies, which are the leading 3D printing technologies in the world right now,” she adds. “And we have over 500 patents.”

The innovation is not just at the printing technology level, but also at the types of materials that can be used. Stratasys boasts of having 130 different materials, more so than any other 3D printer company. It introduced 40 new materials last year alone.

“We believe materials are going to define the future of 3D printing; the more materials we can produce, the more possibilities there are,” says Kei.

Next page: Emerging trends and uses driving the technology ... and vice versa 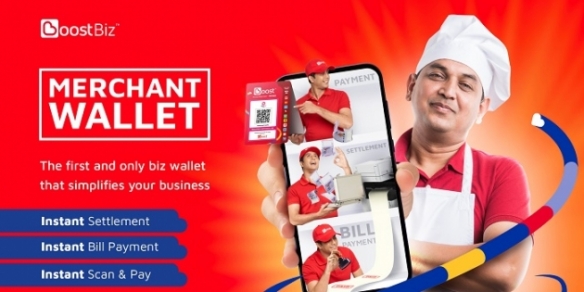