ENTERPRISES embarking on company-wide business intelligence (BI) and analytics transformation projects would only reap full benefits if they were to focus on business issues instead of technical ones, according to manufacturing giant Tetra Pak.

Fredrik Ohlsson, technical programme manager for business intelligence at Tetra Pak South-East Asia, said many companies try to embark on a company-wide implementation of BI and analytics before they get the basics right.

Noting that the success of a BI and analytics deployment is only as good as its data source, Ohlsson said that if a company has the wrong sources for data input, embarking on BI and analytics is pointless.

“Companies which do not have their data source and business processes in place try to create the ‘magic’ in the BI layer but they will fail,” he told Digital News Asia on the sidelines of SAP Insider, the German software giant’s recent regional conference in Singapore.

“The magic has to happen in the business process and in the data transactional layer. It is only then that any company would benefit from such a project,” he said.

In this process known as data cleansing, Ohlsson said Tetra Pak ensured that sources of its data were accurately recorded. The data cleansing process, for example, includes making sure customer records and bill of materials are created properly.

The company also invested in business experts whose sole job was to make sure that the company’s business processes were followed from end-to-end, he added.

“We have a base foundation in place for which we can use to embark on our global BI and analytics project,” he said. “We were in a good position to start our global BI process because we had our data and processes already in place, something a lot of companies do not have.

“This process doesn’t have anything to do with IT per se but it’s part of our business transformation objectives and it’s something we worked on before we embarked on [our] corporate-wide BI and analytics programme,” he added.

Single view of the truth

This year, Tetra Pak began implementing SAP’s BI and analytics platform SAP Business Objects in a bid to support a growing number of users using analytics within the company – over 5,000 in 70 countries, generating up to 140,000 reports monthly, according to a company fact sheet.

Because the company had embarked on a data cleansing project earlier before it implemented SAP Business Objects, Ohlsson said Tetra Pak had a good foundation to turn its BI and analytics implementation into success.

“A lot of companies have multiple ERP systems and different definitions within those systems, but we don’t have to struggle with that as we’ve made sure our data is consistent and have the same definitions,” he said. 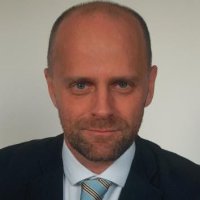 When asked what were the major objectives for Tetra Pak to implement BI and analytics, Ohlsson (pic) said that the rationale for doing so was twofold. The first was so that the company would be able to have a single view of all its data, while the second was to streamline its reporting systems so that users can access them at their fingertips.

Tetra Pak’s main business driver was to make informed decisions based on a single instance of truth and that these decisions should be based on facts and not guesses, he added.

“This means that everyone in the company will have the same type of report; for example, the sales figures in Brussels should be based on the same set of data and calculations as in our headquarters.”

“Also, using SAP’s HANA in-memory technology, we were able to set a high performance benchmark where report generation would take no more than 10 seconds for our users to access,” he claimed. “This in-memory is a critical success factor for us as no one would want to view reports if it took more than a few minutes to get to it.”

Besides these benefits, Ohlsson also said Tetra Pak was able to strengthen its data security infrastructure as sensitive data such as financial information can only be accessed by the right people with the right clearance due to the centralised nature of the platform.

Many internal users were used to generating their own reports using spreadsheets and trusted that data because they know how the data is put together, he explained.

“This year, it’s all about making people trust the report that is produced from the BI and analytics platform,” he said. “Thus, it’s extremely important to market the report internally, making the right users become the early adopters.

“To do that, we targeted top management as users, ensuring that they began using the report as this top-down approach would likely get others to use it.”

That said, Ohlsson was quick to point out that in order to trust the system, it’s very important that the source data is correct and accurate. Also, the platform must be accessible quickly without hitches or else no one would use it, he added.

“Implementing a BI and analytics platform is part of a change management journey as you’ll need to change the way people think about making decisions as well as in how they work.

“In changing the way people think, you will begin to also get the non-analytical people to use the platform and trust the data,” he pointed out. “By doing so, everyone in our company – not only the analysts – from top management to the shop-floor operators and field service engineers gain from such an implementation.”