GARTNER Inc predicts that by 2015, two-thirds of the world’s workforce will own a smartphone, and 40% of the workforce will be mobile – which is why most enterprises are gearing for the BYOD (bring your own device) trend to become commonplace.

Organisations in Asia Pacific, where there are quite a number of emerging economies, are a bit behind the curve on this when compared with the Western world, but are improving, said Vishal Tripathi, principal research analyst for Gartner’s mobility and client computing practice.

“We’re having conversations with users now, and most are bringing their devices into their workplaces – irrespective of devices or countries, it’s happening.

“The problem in Asia Pacific is that it is more ‘street BYOD,’ or unmanaged BYOD, because people assume that just giving their employees email access, contacts and the calendar is providing complete BYOD.

“The reality is there needs to be a more managed programme. You need to have a lot of things in place, including security and policy. The problem is not many organisations are investing time and effort in ensuring this,” he said at a small media briefing in Kuala Lumpur recently. Gartner’s findings mirror those of rival research firm IDC, which reported recently that in a survey of Malaysian enterprises, over 50% of users said they were using BYOD or corporate provisioned mobile devices, but 55.3% of these organisations had no solutions to manage these devices.

One of the problems in Asia Pacific is that while organisations in the region are beginning to understand the need to manage BYOD use, especially with personally-owned devices, they are struggling over the return on investment (ROI), according to Vishal (pic).

“When you talk about BYOD, it’s not about cost-savings – cost merely gets transferred. Even though you [the employer] think you’re saving on the cost of buying the device [for the employee], you’re going to be spending money on security, on educating the workforce, on developing policies, on getting the applications,” he said.

He said BYOD should not be seen from the cost perspective, but rather about making the organisation’s workforce more efficient as part of its mobile strategy.

“It should be about providing users with something other than those old 2-3kg laptops, and keeping them in tune with the latest trends,” he added.

BYOD management is also an important factor in the “continuity” of the devices – that is, of the organisation ensuring that what its users do at home with their devices shouldn’t be any different from how they use the devices at work, to reduce the learning curve and also maintain a consistent user experience as far as possible.

This is leading to the increasing trend of ‘containerisation,’ said Lillian Tay, principal analyst of Gartner’s consumer technology and markets practice.

“Just as importantly, 60% of these users who are bringing in their personal devices say they need help in understanding and selecting the correct device to be used in the enterprise.

“They want to know that there will be aftersales services, and want vendors to preload certain apps and provide a ‘containerisation’ to differentiate their professional apps from their personal apps,” she added. “This is a trend which is still evolving.”

Tay said that many device vendors still view their devices as two separate entities – the consumer device and the enterprise device. When it comes to the latter, vendors only work with IT managers and don’t talk with the consumers [the employees] who will end up using such devices.

Vishal stressed that ‘containerisation’ is not as simple as, say, the Kid’s Corner feature that Microsoft Corp introduced with its Windows Phone 8 operating system, which allows parents to create a safe surfing environment with phones they share with minors.

“It’s different, because technically what happens is that you have a ‘container’ and you’re going to put your Outlook and your Office applications in there, and there will be policies wrapped around this container, as well as MDM (mobile device management) applications,” he said.

He said that this would allow for a secure tunnel between the enterprise apps and the corporate server, kind of like a personal VPN (virtual private network).

There other advantages to the containerisation method: Organisations need not buy entire MDM suites, only the apps that make sense to them, and wrap these around the ‘container,’ which makes it less costly. Users are also assured of privacy for their personal apps, and just as important, there is added and more focused security for the organisation.

“Consumers also like this because when you do a wipe, you don’t touch their data. You just take away your container, but their photos and all remain,” said Tay.

However, she also warned that a number of users are complaining that having all sorts of policies and security apps on their personal devices just causes a slowdown.

“They’re saying ‘It’s supposed to be my device, but with all this, it doesn’t seem like it and I might as well take the corporate device’,” she said. “This is the biggest inhibitor.”

Next page: Of ‘Her’ and ‘Electric Dreams,’ and smartphones that are smarter than you 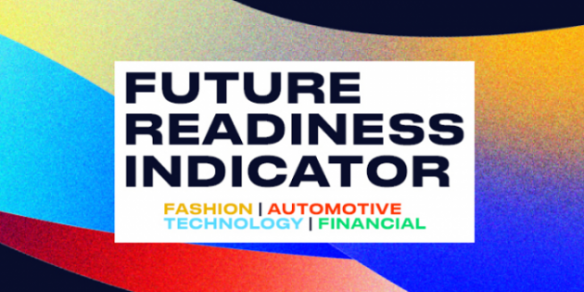