UangTeman to serve Bali, Sulawesi, and Sumatera in 2017

Since its inception in April 2015, UangTeman has served eight cities, including Jakarta and the surrounding areas, Yogyakarta, Magelang, Solo, Klaten, Bandung, Surabaya, and most recently, Semarang.

“We always try to work with the authorities, in this case Indonesian Financial Services Authority (OJK), to better understand the needs of the Indonesian market. And knowing that most of the bank lending is concentrated in Java, we need to go and serve the market outside,” its chief executive officer (CEO) Aidil Zulkifli tells Digital News Asia (DNA).

Indeed representatives from OJK have recently been using moral suasion to get fintech startups to serve cities outside Java in few events, describing this as a contribution they can make to increase financial inclusion in the country.

READ ALSO: Fintech, from the PoV of Indonesia’s regulator

Taking their cue from that, UangTeman’s focus will be on Bali, Palembang, Jambi, and Makassar, where Aidil believes there is high demand for a transparent credit platform.

“We are now in the process of understanding the credit market in these cities, through informal discussions with OJK, as well as by sending our teams to study these markets. We are also studying the macro credit conditions in each city to ensure we are ready to serve the people next year,” he says in an email response to questions sent by DNA.

In a press conference held just before Christmas, Aidil shared that UangTeman had 5,000 customers, with 50% being recurring customers. The startup has also disbursed more than Rp32 billion (US$2.4 million) in loans since 2015, with Rp25 billion (US$1.9 million) disbursed this year alone.

Expressing optimism over the future, he reveals that in tandem with its expansion, UangTeman is targeting to disburse Rp100 billion (US$7.4 million) in loans in 2017. “So far, 80% of our loan distribution is still in Jakarta and its surrounding areas. However, next year the game plan will be different. We are going to spread our loan portfolio, so more people can have access to micro lending,” he adds.

According to UangTeman’s deputy chief executive officer, Rio Quiserto, more than 50,000 loan applications have been received from April 2015 to December 2016. “Our mission is to always give the loans out faster, without risking the quality of the loan. With our risk management system, we can keep the loan approval time to 15 minutes with between 25% to 30% approval rate,” he says.

UangTeman’s core business depends solely on its own risk management system – a mix of public data, social media, and its own big data algorithm. Aiming to further improve the system UangTeman will invest in data and financial risk analytics capabilities.

“The need for continuous improvement is crucial because we need to have the edge to not only service Indonesia, but also the rest of Southeast Asia (SEA) as well,” he continues.

Besides improving its risk management system, UangTeman has also launched version 2 of its mobile app for both Android and iOS. The first Android version was launched in March, and has 46,000 downloads. Its chief of technology and product officer Darmawan Zaini sees this number  increasing 300% in 2017.

Being a mobile-centric country, many businesses are now moving towards offering mobile apps. For UangTeman, even though 60% of its customers are still desktop users, mobile users are forecast to increase in the upcoming year. “We need to anticipate this trend, as well as listen closely to our customers who are telling us they want the app to make it easier for them to access and to apply for our loans,” Darmawan adds. 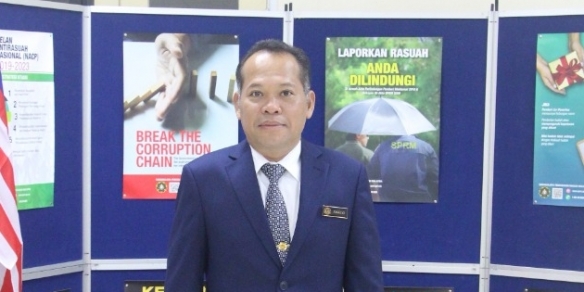