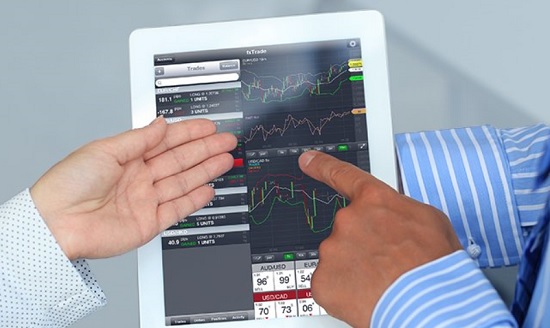 This would bring virtual currency and precious metals trading to TradeHero’s free-to-download mobile app, MyHero said in a statement.

TradeHero now draws real-time data from Oanda’s online forex trading system, which features one of the world's largest historical, high frequency, filtered currency databases, so that users can trade 10 major global currencies, as well as gold and silver, it added.

“By working with financial partners such as Oanda, we empower individuals to be a part of the multitrillion-dollar forex, metals and stock trading markets,” he added.

According to the Bank for International Settlements, actual forex trading was a US$5.2 trillion a day market in 2013, and is forecast to grow steadily.

“Forex trading is traditionally driven by banks and large investment groups, and is mostly shut off to small, individual investors,” said Gavin Ward, head of Greater China at Oanda.

“From day one, Oanda was established to change that. The partnership with TradeHero opens us to millions of app users who are engaged and willing to learn the fundamentals of currency trading.

“Not only do end-users pick up nuances of how to invest, but it also facilitates making the jump from virtual to actual trading once they have a better understanding of currencies,” he added. MyHero claims that its TradeHero app (pic) is the No 1 finance app in 91 countries, and in the top 10 in 127 countries, with over 2.5 million users.

It was launched as a mobile stock market simulation app that pulled data from 28 major global stock exchanges. It has now expanded to include currency and metals as separate asset classes.

Both its iOS and Android versions are available as a free download, and are available in English and in Chinese. The Chinese language app has been downloaded over a million times since November 2014.

It is ranked first among newly released finance apps on App Store China, and in the top 15 free Chinese-language financial apps, MyHero said.

TradeHero’s user base has since grown eightfold year-on-year, MyHero claimed.