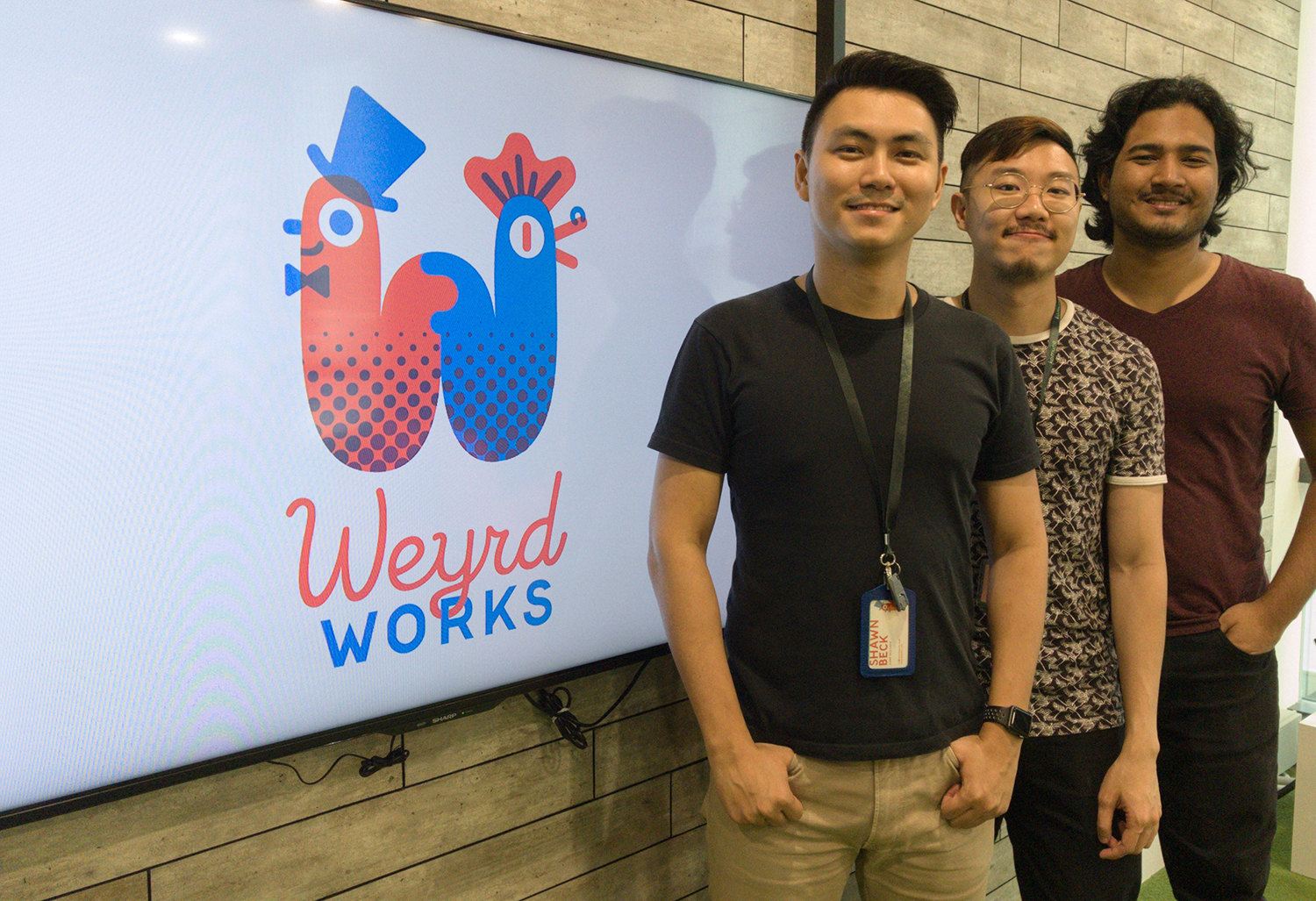 SOMETIMES when you make a game, you have to put your ego aside and do what is best for the game. That’s what game designers Shawn Beck and Dushanth Daniel Ray along with artist JT Yean of Weyrdworks Studios had to learn the hard way during the development process of their latest mobile game WarPods.

A veteran game developer of seven years standing, Beck and graphic designer Yean teamed up after working on several game jam ideas together. The pair founded Weyrdworks Studios in 2016 and released their first mobile game Super SteamPuff in the same year.

The idea for WarPods started from a series of sketches on a paper napkin in January 2017 and was initially mooted as a ‘bullet hell’ game, one that required players to guide their characters across a screen filled with enemy bullets while destroying them and netting a high score.

Excited over their idea, the team pulled out all the stops to develop a working prototype in time for the Game Developer Conference (GDC) in San Francisco in March 2017.

“We were part of an entourage of independent game developers brought by Malaysia Digital Economy Corporation (MDEC) to GDC 2017. I recall feeling very stoked to connect with other developers and potential publishers for WarPods,” recounted Beck.

However, the feedback they received pointed out that their game was not accessible as many people do not have the dexterity to play ‘bullet hell’ games. “Honestly, we felt quite demotivated after GDC. We decided to take a break and go back to the drawing board to research how we can improve the game,” he said.

Though they were faced with the difficult decision to pivot their game, Weyrdworks eventually bounced back to redesign WarPods as a block breaker game.

The slower paced and methodical method of destroying enemy blocks, harkening back to the 1990s arcade classic Puzzle Bobble, was decidedly friendlier to a wider audience of gamers. Beck and Yean also took lessons from their first game, Super SteamPuff which was a paid premium game that did not sell as well as they hoped. This also led them to redesign WarPods as a Free-to-Play game.

But making a game Free-to-Play is not as easy as it sounds. In fact, it is more complicated than a premium game, explained Beck.

“We were advised by our backer to explore the Free-to-Play model even though we really wanted to make a premium game,” said Beck.

He went on to say that premium games don’t have a long checklist of things to do aside from making sure that it has an achievement system and high scores. But for Free-to-Play, developers need to think of setting daily tasks, cloud save integration, competitive leaderboards and adding new features.

There is also the need to set the microtransactions to monetise the game and ensure that there are anti-cheating measures in place to keep the game fair for all players.

Even though Weyrdworks is a small team of three, Beck said that there are more independent game developers who are handling the support of their games themselves.

Beck went on to say that WarPods is expected to be self-published by the studio. There is an Early Access period on Google Play, where gamers are may try the unreleased version of the game, at which they have gathered over 8,000 downloads.

If all goes well, Weyrdworks expects to release WarPods by 3Q 2018.

Demystifying the hype surrounding VR and AR in Malaysia