In a statement, the firm said this round saw participation from existing investors, Hustle Fund, Iterative, and Rapzo Capital. New investors include Partech, ICCP SBI, Vulpes Ventures and Redbadge Pacific.

Propseller said the funds will enable the company to scale its core business model, expand its line-up of services and explore overseas markets.

It also plans to hire 200 new people across the marketing, operations, product, engineering, and sales and real estate functions.

Founded in 2018, Propseller is a tech-powered real estate agency that employs in-house salaried agents backed by technology and centralised operations. Adrien Jorge (pic), founder and CEO of Propseller said the company believes that people deserve extraordinary service when selling their home, which often represents 70% or more of their wealth.

He said consumers are still dealing with property agents who close on average less than two sales transactions per year each while generally charging a 2% commission.

“Our business model addresses this industry challenge by elevating our service for consumers while charging a lower cost," he said.

“Each of our real estate consultants closed in 2021 25x more transactions than a traditional agent and consumers rated our service 4.8 out of 5  across 500+ public reviews, all thanks to our technology,” he claimed.

Carmen Yuen, general partner, Vertex Ventures Southeast Asia and India, said, “We’ve followed the Propseller team for more than two years now and they have demonstrated impressive resilience and growth over the years.”

“We look forward to partnering and supporting them as they continue their exciting journey to transform real estate.”

The startup claimed that in 2021 it observed a 1,000% growth of its revenue year-over-year and has reached profitability.

According to Jorge, Propseller is positioned at the cross-road of two major shifts in consumer behaviors, triggered by Covid-19.

“Firstly, the flight from offline to online for everything including high value items such as real estate and secondly, an unprecedented work-from-home movement making millions of consumers wanting to move to a larger home than the one they are currently in. 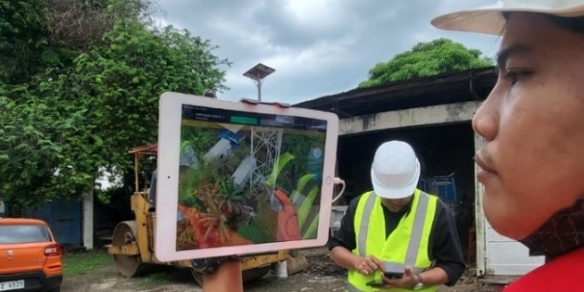