OYO set to make its mark in Indonesia Founded in May 2013 by a 24- year-old entrepreneur Ritesh Agarwal, OYO Hotels aims to reduce the gap between the needs of travellers and the availability of good quality hotels.

“I started the company when I was 19, after seeing small hotels with low occupancy rates. In India, 90% of hotels with 100 to 200 rooms only have a occupancy rate of 25%. By utilising our technological and operational expertise, hotel owners will excel in this competitive business.”

Ritesh sees Indonesia as a new market with huge potential and is committed to investing US$100 million for this expansion.

In terms of business model, unbranded or small hotels owners who partner with OYO will operate in a ‘manchise’ model (management and franchise), in which hotel control and management will be fully held by OYO. The company also generates revenue from franchise fees and profit sharing.

Ritesh targets all types of properties, but he mostly looks into quality (size and building infrastructure), location, and owner.

After the deal is made, OYO will bring in operational and renovation teams to maintain the quality and standard of each hotel. Asset owners will renovate at their own expense but OYO will work with local financial institutions to offer instalment payment schemes.

It will also give data analysis which calculates and predicts the increase in revenue and occupancy rate after joining OYO’s network to the asset owners.

“This also helps us to maintain an attractive price. The basic cost for running a hotel, whether during peak or low season will be the same. And if we can raise the revenue and occupancy rate of a hotel, it will keep the price low.”

OYO secured US$1 billion if funding in September from Softbank Group, Greenoak Capital, Sequoia India, Lightspeed India, Hero Enterprise, and China Lodging Group, which valued the company at US$5 billion.

It has been operating in more than 350 cities by cooperating with more than 10,000 partners spread across six countries, India, China, Malaysia, Nepal, the United Kingdom, United Arab Emirates and Indonesia.

With 800 civil engineers based in Delhi, Bangalore, Beijing, and Shanghai, OYO’s in-house technologies were built to increase significant revenue for its asset partners.

“One of our hotel partners has seen growth in occupancy rates from 28% to 92% each day after joining the network.”

Ritesh says that OYO does not compete with online travel agents, but sees them as partners for room distribution as well as rating or review platforms. He sees existing traditional budget hotel chain as competitors.

Under its legal entity PT OYO Rooms Indonesia, it now has 155 staff and hhas created 500 jobs opportunities in hotel operations such as housekeeping, catering and front office. By 2020, OYO aims to recruit more than 60,000 employees in various regions to strengthen the hotel sector in Indonesia.

However, OYO Hotels Indonesia country leads Rishabh Gupta admits that the company face challenges in sustaining these job opportunities, and it is necessary to provide training and localise the user experience. 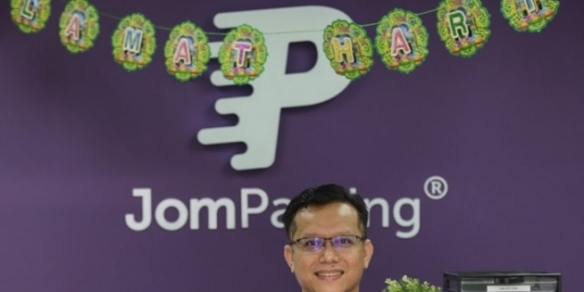