MOBILKAMU, an Indonesia-based online platform for new car buying, has secured an undisclosed amount of Series A investment led by East Ventures and Genesia Ventures. Also participating in the round is Denali Venture Partners.

This new capital will allow Mobilkamu to achieve its goal of becoming the top-of-mind new car buying platform for Indonesians by increasing its reach and improving all of its products and technologies.

Founded by Wilton Halim from Indonesia and two others from Australia and Brazil, the three combined their knowledge to solve a problem in Indonesia’s new car market, where the only option for customers buying a new car is to go directly from dealer to dealer to find the best deal. Furthermore, they also face difficulties in sourcing financing options.

Mobilkamu co-founder and chief executive officer Wilton Halim, explained, “We can clearly see that there are many things that need to be improved in order to create a fair and efficient car market in Indonesia for everyone and that’s what we are doing with Mobilkamu, starting with reshaping the future of new car financing.”

With Mobilkamu, customers are offered the fairest price in the market for cash or financing new vehicles, without the hassle of needing to research and compare multiple offers.

East Ventures partner Melisa Irene, said, “Through proprietary technology, Mobilkamu has introduced a seamless experience in buying a new car by removing the need for end consumers to interact with too many parties. This also creates high values for car sales agents, financing companies, and car dealerships to operate more efficiently thus making the price more affordable. As an early backer, we are excited to support Mobilkamu’s growth to unlock the new-car market potential in Indonesia.”

In 2018, the company became a relevant player in Jakarta's new-car market, managing to sell and deliver over 150 vehicles from many different brands per month to its customers' with their custom towing fleet.

Mobilkamu has established partnerships with over 80 car dealers across Jabodetabek, as well as a diverse range of financial partners, such as Bussan Auto Finance, BCA Finance, Mega Auto Finance, Mandiri Tunas Finance, and Bank Jasa Jakarta.

This allows Mobilkamu to maintain rapid growth while expanding geographically. In 2019, the company plans to open new branches in different cities in Indonesia.

With a team of over 70 Jakarta-based staff, distributed across their headquarters in Mega Kuningan, as well as their Bekasi and Ciputat branches, Mobilkamu now also operates a motorbike-selling platform named Motorkamu and has launched an agent affiliation programme named Mitra Mobilkamu. The programme promises to provide a fair source of income for Indonesians who are interested in selling new cars.

“Mobilkamu combines the human touch necessary to Indonesian consumers with the utilisation of technology to ensure the process between dealers, finance companies and our customers is as seamless as possible”, said Mobilkamu co-founder and chief operating officer Kalen Iselt.

Mobilkamu co-founder and chief commercial officer Caue Motta, said, “For the past year, we have greatly improved our customer service, increasing the range of products we can offer, including a new initiative that aims to provide eligible customers with access to a care system that will support them for the lifetime of their car ownership.” 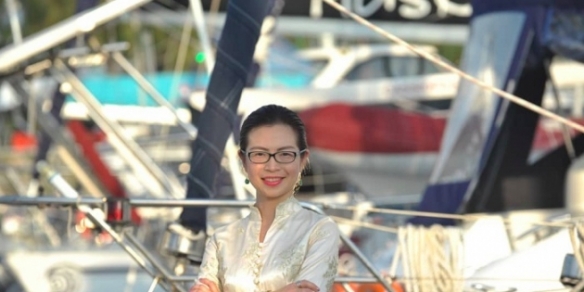