MESTECC pushes for US$4.85m corporate tax incentive to be introduced before year end 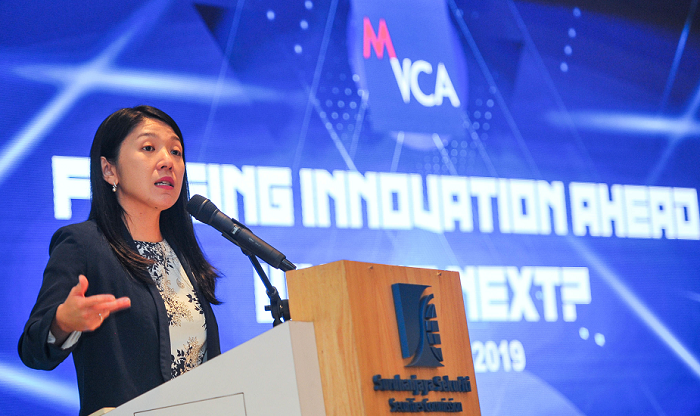 On her first day on the job, when Yeo Bee Yin came in as minister of Energy, Science, Technology, Environment and Climate Change (MESTECC), she was shown a room filled with thick reports. They were all various masterplans, blueprints, strategic plans that has been conducted, often by highly paid foreign consultants. All were collecting dust, not acted on. Shocked, Yeo vowed not to get trapped in the same cycle of announcing grand initiatives with much fanfare and media spotlight and then neglecting to act on them.

Supposed to have been implemented in 2018 the corporate tax incentive is designed to encourage corporates and individuals to invest up to US$4.85 million into venture capital funds targeting startups. “This was already announced but not implemented,” she says, targeting to introduce this before the end of the year. “This will then bring more funds into the existing VC ecosystem,” she says.

The incentive is to encourage corporates, not to set up their own funds, but to rely on the expertise of VCs for startup investments. Specifically, the policy will allow corporates to get a maximum tax credit of US$4.85 million at the end of the third year of them making the investment into a VC based in Malaysia and making investments into majority Malaysian owned startups. The guidelines are set by the Securities Commission Malaysia which will implement and verify the incentive. VCs that wish to be part of this incentive will need to be registered with the SC by 31 Dec 2019. The incentive will be claimable for investments made up till 2023 with the incentive period starting at the first point of certification which must be done by the SC.

[Additional information added to paragraph above.]

As a point of interest, the initial policy was to have the tax credit kick in at after two years but there was push back from the Inland Revenue Board (IRB) which preferred the three year period.

The experience with the IRB here also shows how any policy introduced, needs the buy-in and support of various ministries and agencies, each with their set of interests. Aligning these interests behind any new policy, regulation that cuts across various ecosystems, invariably involves time, consultations, persuasion and compromise.

Bee Yin has already experience this as she attempts to restructure the various tech and startup ecosystem agencies and funds under her ministry. This process, is now about to culminate with the tabling of a paper to her Cabinet colleagues in two weeks time, after which she hopes to make an announcement, “introducing a new set of policies aimed at making them more effective in catalysing growth and strengthening the VC ecosystem in Malaysia.”

The paper to be tabled has been the result of a 6-week engagement with industry players including work by a Malaysian industry task force on "Technopreneur Funding" set up by Yeo to advise her on the restructuring. No more using foreign consultants.

This was followed by “engagements with various ministries as the investments made by VCs have an impact across ministries,” she said, meaning that the companies VC’s invest in will not just be playing in the science, technology, energy and environment space that comes under her purview.

In this regard, she hinted that there will be “many opportunities for technological companies around green tech” and especially related to the power grid with an Aug announcement that will be related to reforms in the electricity sector that have been approved.

Yeo has realized that change takes time, especially in government and even though she is dealing with agencies directly under her control.

“It took a long time for us to engage with different ministries and now in 2-weeks time we will table the paper on the restructuring and hopefully get it passed because if you have resistance from other ministries, you won’t get it passed in the Cabinet.”

Her overriding goal, she stressed, is to create a supportive ecosystem for investors and entrepreneurs that sends a signal that, “those willing to work hard, have a dream, are bold and willing to change and want to be successful,” can achieve this in Malaysia.