Koku raises US$2 million in Pre-Series A Funding

FOREIGN exchange (FX) technology solutions enabler Koku has raised US$2 million (RM8.16 million) in Pre-Series A funding. This round of funding was led by Jason Zeng, co-founder of Tencent Holdings and founder of China-based angel investment company, Decent Capital.

With the current amount raised, Koku is well positioned to continue its expansion plans which includes the growth of Koku’s FX TechUP suite, onboarding of deep technologies such as AI and machine learning to leverage on data in order to maximise benefits for users within the ecosystem.

In addition to tech-enabling non-bank remittance service and liquidity providers, the funds will drive their business roadmap, which over the next six months is targeted to achieve 30% growth in headcount, increase transaction volume of US$10 million per day to US$30 million, as well as potential entry into markets in SEA including Vietnam, Myanmar, Indonesia and Cambodia.

According to the World Bank, expected remittance flows in 2019 to the East Asia and Pacific region is set to grow by a further 4.2% from the forecasted value of US$142 billion in 2018.

By tech-enabling businesses in the region with technology, there’s an opportunity for Koku to capitalise on the increase in cross-border transactions, digital remittance and financial inclusion. “Having said that, it’s extremely rewarding when we’re able to tech-enable this group of NBFIs and help them succeed in scaling their operations. We’ve created a lot of curiosity and interest within the industry because of this. With the amount that’s secured in this round of funding, we’re confident that we’re in good standing to further develop our offerings and expand into new markets as we move towards Series A.”

Chris Cao, vice president of Decent Capital's Angel Investment Department shared the same sentiments around how Koku’s expertise in FX technology will be vital in its broader expansion strategy. “Koku is the first company in Singapore that our founder Jason Zeng has invested in since co-founding Tencent. We’re confident that Koku’s technology will bring significant improvements to the business offerings for their partners.

“With their expansion plans and continued advancement of their technology, we look forward to seeing the positive impact on the remittance industry throughout the region,” added Cao.

Since the initial funding round, Koku has made strong progress in empowering businesses to upgrade their offerings through technology, as a result, Koku is able to increase cross-border collaboration between non-bank remittance service and liquidity providers in the region.

Riding on these successes, Koku is confident venturing into the next phase of their business plans with an upcoming Series A funding round where is targets to raise US$10 million by 1H19. 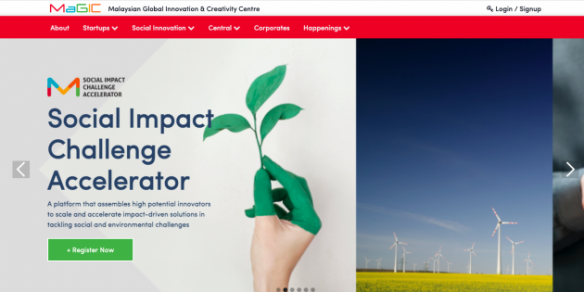