Izmus aims to connect the ecosystems in Israel and Singapore IZMUS aims to connect Israeli startups and companies to investors in Singapore, but its chief executive officer Rabea Bader (pic above) is keen to stress that it is not an accelerator.

“What we are doing now is bringing technology startups – from seed to [Series] C stage – to Singapore, and also getting SMEs (small and medium enterprises) and established companies to do business here,” he says.

“We’re not an accelerator, but what we have is a programme for high quality startups and technologies,” he says, speaking to Digital News Asia (DNA in Singapore recently.

To get to that ‘high quality’ part, Izmus has a “tough screening process,” according to Bader.

Back in Israel, Izmus has entrepreneurs, investment bankers and business development experts who check on “each and every aspect” of the companies, he says, including their teams, experience, technologies, business models and financials.

Izmus sometimes approaches companies directly to get them on board, while others can also apply to its programme.

“After that we set up a meeting to get to know the people and the basic information – we believe in personal relations, we believe in people more than ideas and technology,” says Bader.

“We ask the startup to provide information on its financials, technology, IP (intellectual property), patents – of everything, and we analyse that.

“The entrepreneur then has an interview with the advisors in Israel … to see how they pitch the idea.

“Only after getting approval from our advisors on their feasibility for South-East Asia do we start showing them to VCs (venture capitalists) and investors – and only if someone is keen to invest do we bring them over,” he adds.

Not that there isn’t enough money in Israel, but the idea is “for these startups to use Singapore as a living lab, to grow from Singapore to all of South-East Asia,” says Bader.

Izmus has partnered with Infocomm Investments Pte Ltd (IIPL), the investment arm of the Infocomm Development Authority of Singapore (IDA), and its advisory board is led by IIPL head Dr Alex Lin.

Israeli startups aim to go global from Day One, but with no markets in its surrounding geography, looking outside is the only choice, according to Bader.

“Israelis are starting to look towards the East … and Singapore is the most law-abiding country in South-East Asia, where the West meets the East.

“It is an English-speaking country and is a very good launchpad for South-East Asia because the surrounding countries look to it as a role model, where technologies spread out from it to the rest of the region.

“Our main focus is to strengthen our presence in Singapore and South-East Asia, and then to tread carefully towards China,” he adds. The biggest challenge for Izmus is getting Israeli companies to adapt to the culture in South-East Asia, according to Bader.

“We’re working very hard to fix that – this is why my business partner is in Israel, teaching Israelis how to adapt to Asian culture … and traditions, and how business works in Singapore.

“It is a big challenge and we have had some issues – I myself am still adapting to the culture. I’m here meeting VCs and investors every day, and I can see it is very different than dealing with investors back in Israel,” he adds.

The other challenge is getting Israeli startups interested in Singapore, a country they know little about.

“After you show them the numbers and explain it to them, they are more than keen to come,” says Bader.

“At the beginning it was a bit hard because no-one knew a lot about Singapore, but Temasek [International] helped because it is investing a lot in Israel, which is raising Singapore’s profile there,” he adds.

Izmus aims to bring in two startups every month, according to Bader.

It is also building a database to help connect investors to startups. “All [investors] have to do is put in what they prefer, and if our algorithms find a match we will connect them – and of course, we provide them with detailed analyses and financials,” he says. 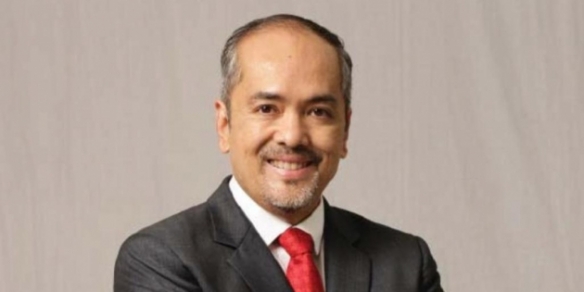