The Covid-19 pandemic has changed the global face of tourism. And despite talk of a travel rebound in the handful of well vaccinated countries, the reality for most nations is reoccurring lockdowns in various cities and mandatory one- or two-week quarantine upon arrival in most countries. Under this environment, the idea of venturing into the travel industry at this particular moment might understandably seem irrational to most people. James South (pic), is not “most people” which is why this is the perfect time for the serial entrepreneur to launch virtual reality travel agency, www.igoroom.com, his big bet on the future of travel. A holding company based in Kuala Lumpur, Malaysia, Igotopia Sdn Bhd owns and manages Gecko Digital Global Ltd which operates as Gecko Digital and igotrip Sdn Bhd, which operates www.igoroom.com.

But this was not an idea that was sparked by Covid-19. Rather the pandemic afforded James the time and mental space to finally flesh out his dream.

“For the past six years, I dreamed about creating the world first’s online virtual reality travel agency but Gecko Digital,  was doing so well that it was hard not to be tempted to continuously reach for the low hanging fruit instead of venturing into something new,” he says.

Gecko Digital, started out as a photography hobby for James in 2010 in Bali, where he had moved to after taking an early exit from the electric motorbike startup he launched in England in 2008. But the savvy entrepreneur subsequently grew it into what he now claims to be Asia’s largest virtual reality content provider to the hospitality sector.

And igoroom.com will be, according to him, the world’s first online luxury travel agent powered by virtual reality (VR) and artificial intelligence (AI). It is slated to be launched this Aug with James aiming no less than to be the OTA (online travel agent) of choice when it comes to VR based luxury travel bookings.

Before the launch, comes a round of public fundraising and here James has opted to take the equity crowd funding route via pitchIN, targeting to raise US$1.99 million (RM8.2 million)

His vision for Igotopia, coupled with his success in building Gecko Digital, which closed 2019 with RM2.5 million in sales with a 58% margin, has helped James attract some interesting investors, including arguably Malaysia’s most successful animation creator, Burhanuddin Md Radzi (pic) of Upin & Ipin Fame. 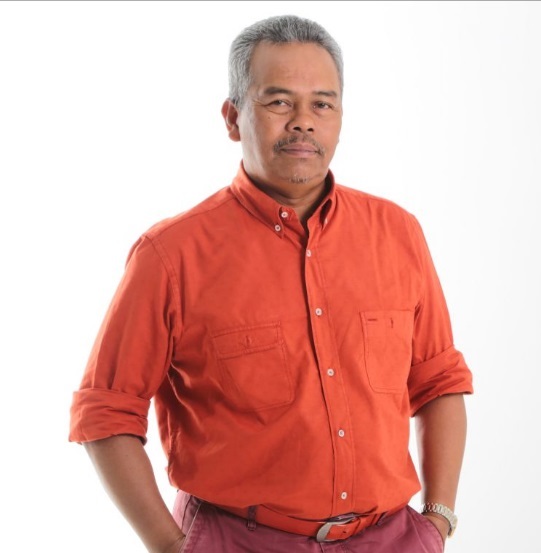 Infact, such is Burhanuddin’s confidence in Igotopia, its business model and the team James has put together, that he has further invested RM2 million into the ‘pre-live round’ of the ECF campaign that Igotopia is publicly launching on Tues, 8th June. Together with the RM1 million he invested in February, this now makes him the single largest investor in Igotopia with RM3 million. Burhanuddin now also has the distinction of being the single largest investor into an ECF campaign in Malaysia, with the previous record being an RM1.5 million investment.

He tells DNA that his confidence in Igotopia comes from the fact that it is aiming at the middle and upper income level tourists, a category that is expected to snap back. “I believe this is going to be an opportunity for us to ride the rebound wave as those in Europe and the US are eager to travel.”

Burhanuddin is one of a number of successful executives who have invested in Igotopedia.

Another is Poon Yew Hoe, the managing partner of Crowe Malaysia, the fifth largest accounting firm in Malaysia. Poon came in after Crowe Malaysia conducted the valuation of Igotopia.

Joost Folkers, CFO of a multinational company is another investor. All three investors also sit on the advisory board of Igotopia, which also recently welcomed Victor Chua of Malaysian based Vynn Capital. Bobby Varanasi, CEO of Matryzel Consulting, a recognized leader in the global sourcing space also sits on the advisory board.

To understand how James won the confidence of his early investors, which includes Matthew Barsing, a Malaysian based angel investor who is the chief commercial officer as well, who invested RM500,000 two days after a chance meeting with James in the gym of a 5-star hotel in KL, it is instructful to trace the early journey of James, a former professional poker player, though he humbly admits, “not a very good one”.

A bet on electric bikes with removable batteries

Not many entrepreneurs can claim, as James can, to have funded their startup with their gambling earnings. A professional poker player who was active from 2002 to 2012 and participated in the Poker World Series, James was good enough that he was able to use his poker earnings to fund his first venture in 2008.

His innovative flair was on display here with his electric motorbike startup.

How was it innovative when electric bikes were not new then, nor their batteries? Well, why not electric bikes with removable batteries, James thought. It was a novel idea in 2008 that caught the attention.

“I have been always fascinated with technology. However, I am more interested in the marketing side rather than the research and development side. I like taking existing technologies and coming up with new ways to use them. During the time of my first company, which was 13 years ago, removable batteries had already existed for a while in mobile phones, radio sets and even in the first few electric cars but no one was using them in motorbikes yet so I decided to explore how we could do so.”

In order to learn more about removable battery technology, James moved to China for two years and lived in the province which is one of the world’s largest producers for removable lithium batteries. He subsequently was able to create the world’s first electric motorbike with removable batteries, receiving wide media coverage. In 2010 though, he sold his stake and moved to Bali, Indonesia with thoughts of retiring. As James was looking for something to fill his newfound free time, he picked up photography and started taking pictures of first, the hotel he was staying at and then other hotels in the vicinity. This pastime put him on the radar of hoteliers in Indonesia and opened doors for James to start working with hotels in the country.

In 2013, while exploring the latest technology in photography, James stumbled upon 360 - degree and virtual reality photography and quickly realized its potential to be the next big thing in tourism marketing.

When the demand for this new high technology photography started to grow, James created his own 360-degree virtual reality photography curriculum and a special editing suite as well, training other photographers in Indonesia in it.

James incorporated Gecko Digital in Indonesia in 2013 and then subsequently in Thailand in 2016, followed by Malaysia in 2017 and eventually, in the United Kingdom in 2019.

Gecko Digital was enjoying an upwards trajectory when Covid-19 hit and everything came to a grinding halt. “The pandemic threw us off a cliff,” James says. “It brought us two major problems. First, more hotels wanted virtual immersive marketing to attract potential customers who were in a lockdown but the irony is we could not mobilize photographers to the properties. Next, we usually charge anywhere between US$10,000 to US$100,000 to create a 360-degree walk through of the hotel based on the size of the property. However, marketing budgets of most hotels and corporations were cut and that meant that they could no longer afford us.”

Undaunted, he viewed the pandemic and its brutal effects on the global tourism industry as a blessing in disguise. “I realized that I needed a catalyzing event such as the pandemic to finally turn a dream I had been harboring for so long, into reality. Igoroom could only have been born from the challenges created by the pandemic – affording me the time and thinking space to write out the architecture and test the system’s logic for Igoroom.”

Over the past year, James has been building up on 360-degree and virtual reality content and acquiring hotel room nights in preparation for the public launch of Igoroom. He and his team have also managed to leverage upon on the connections they have made and the content they have amassed from Gecko Digital’s halcyon days in order to accelerate their launch.

Gecko Digital claims more than 500 clients, including Hyatt, Marriott and Accor Hotels, using its software and services. Through its work, it has amassed a large library of virtual reality content for properties in Southeast Asia and the Indian Ocean. It is these past connections and content that enables James today to overcome some of challenges posed by the pandemic, more specifically: the reduction in marketing budget.

“Instead of going to the hotels in the middle of a pandemic and asking them for a marketing budget to publish virtual reality content of their properties, we are asking them for some of their available hotel rooms, which most of them are not short of any at this time. We will sell these available rooms on Igoroom. So we are effectively bartering virtual reality content with available rooms,” explains James. Igoroom’s metamorphosis from an idea into reality was fully completed when James met  with Matthew (pic), the former CEO of Superceed Sdn Bhd, a Malaysian-based artificial intelligence company at a gym. Matthew decided to invest and joined the group as their chief commercial officer in exchange for sweat equity that will kick in in three years time. According to Matthew, Igotopia is one of the fastest investment decisions he has ever made.

“When we met, James already had a six-year track record of growing 100% year-on-year with Gecko Digital. He had proven that he was not only a visionary but also capable of executing and delivering results. This is a unique attribute that very few entrepreneurs have and what attracted me to invest in Igotopia,” says Matthew.

Not one to be shy of setting big goals, Matthew points to the unicorn targets set in Malaysia’s Digital economy Blueprint, MyDigital, and says, “Look, I really believe we have a shot of becoming one of those unicorns with our VR360 content, our technology platform for Igoroom and first mover advantage.”

Proceeds from the raised capital will be used for ads and promotion activities to take full advantage of their first-mover status and to cover operating costs.