This will be the first of FFG’s investments to be spun off, and the subsequent listing is expected to materialise within the next six months, the company said.

Under the proposed exercise, iCandy Interactive Ltd, FFG's newly established Australian subsidiary, will buy AppXplore Sdn Bhd and Kensington Ventures Pte Ltd for A$14 million (US$11.04 million) in a combination of cash and new iCandy scrip.

However, prior to iCandy Interactive’s A$14-million acquisition, FFG would first need to buy the remaining 30% stake it does not own in High Joyful International Ltd for A$2 million (US$1.58 million), which will be paid over 18 months.

AppXplore, a Malaysian incorporated company, is a mobile games studio that has published five games. These games – Alien Hive, Mobfish Hunter (pic above), Caveboy Escape, Sporus and Lightopus – have collectively garnered more than 12 million downloads, according to the company.

Kensington, a wholly-owned unit of FFG, is incorporated in Singapore. It owns intellectual property that allows it to build mobile games and reuse the software and digital arts assets of the mobile games it builds.

Kensington, which is currently working on a soon-to-be-released game called SkyWing, has also licensed the Carneyvale game from the Singapore University of Technology and Design (SUTD).

Carneyvale is an award-winning game title previously published for Microsoft Corp’s Xbox platform. Under the licensing agreement, Kensington holds the rights to develop and publish Carneyvale on the Apple IOS and Google Android platforms.

Meanwhile, FFG’s intended spin-off exercise will see iCandy buying AppXplore (via High Joyful) for A$9 million (US$7.1 million), comprising A$8 million (US$6.31 million) in new iCandy scrip and A$1 million (US$790,000) in cash.

iCandy Interactive will acquire Kensington for A$5 million (US$3.94 million), to be satisfied by A$5 million in new iCandy scrip.

Upon the completion of these acquisitions, iCandy Interactive will go for an initial public offering and list on ASX within the next six months, FFG said.

There are many benefits when a company spins off its business. For investors, it allows them the freedom and opportunity to have higher exposure on the spin-off entity, if they feel that the particular entity has big growth potential.

With the split in the mobile and fixed business, investors who wanted to invest in a stable company that delivered consistent dividends bought into TM shares, while investors who wanted exposure to a regional mobile telecommunications play (and who were willing to risk not having dividends in the early years) bought into the spin-off entity now known as Axiata Group Bhd.

“We intend to distribute in specie to shareholders half of our holdings in iCandy Interactive. This is a demerger exercise and a dividend bonus for shareholders,” said FFG managing director Lau Kin-Wai.

For now, investors seem to be positive over FFG’s announcement. The company’s shares on ASX, which were actively traded, closed 6.25% higher at A$0.255.

So far this year, its share price has appreciated by 27.5%. Today, its market capitalisation is at more than A$33 million (US$26.02 million). 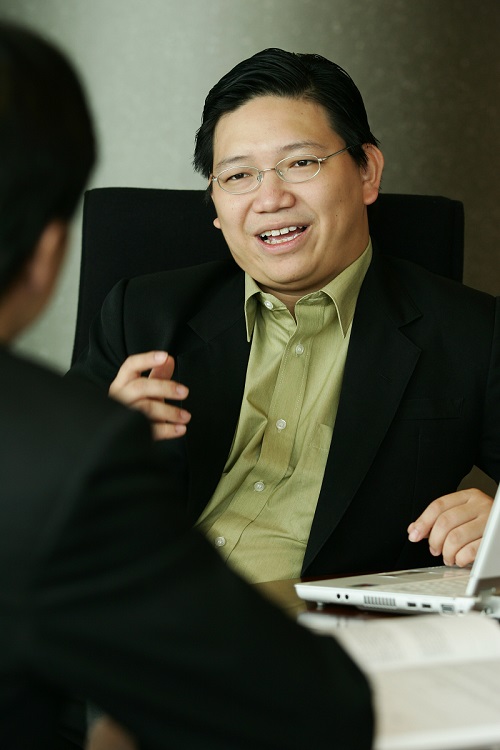 Although FFG has yet to complete the restructuring exercise or the acquisition of AppXplore and Kensington, nor has it obtained shareholder approval for the deal, Lau (pic) is confident that the entire spin-off exercise will proceed smoothly.

“Australia is a full disclosure regime market. If a company complies with the laws and listing regulations, the authority doesn’t have discretionary decision to stop an IPO,” he told Digital News Asia (DNA).

“A large part of the team at FFG and iCandy Interactive are experienced capital market veterans – if we were not confident about doing the IPO, we wouldn’t have made the announcement.

“We are ourselves an ASX-listed company, and there would be consequences if we fail to deliver what we announce officially about what we want to do.

“We know what we are doing by making an ASX announcement about the IPO exercise – that I can assure investors and shareholders,” he added.

Lau also believes that shareholders are most likely favourable of the exercise.

Although the spin-off exercise would mark FFG’s first investment going through an IPO, it is not the group’s first successful exit.