EasyParcel raises US$10.6m in Series B from Gobi Ventures and AirAsia “1% done, 99% of the journey to go,” says Clarence Leong (pic), CEO of courier marketplace, EasyParcel Sdn Bhd which just announced its Series B funding of US$10.6 million (RM43.5 million) from Gobi Ventures and AirAsia's logistics arm Teleport, the new name for the rebranded Red Cargo Logistics. Gobi led the round although AirAsia via Teleport put in a larger amount. Both investors join Axiata Digital Innovation Fund, which came in at Series A and a pool of angel investors, none of whom have cashed out.

[Correction: An earlier version gave the wrong amount for the investment.]

“The majority of the funds will be used for customer acquisition and boosting the talent pool,” says Leong, describing both as the key factors for scaling their business. Speed in execution will also be ramped up with a target of doubling revenue in the next 12 months. “We have to execute faster,” stresses Leong who also sees the funding as acknowledgement of the hard work and success he and his entire team have had so far.

Part of executing faster will involve beefing up its fledgling data and analytics team with Leong looking to bring in someone to lead and grow his data team.

Doubling revenue will be achieved primarily by further expanding in the existing four countries it is in – Malaysia, Singapore, Indonesia and Thailand. “We are only on the surface in those markets,” says Leong, seeing the potential for deeper inroads. Although not a priority, acquisitions are on the table, especially for new market entry.

It will also be expanding its market to beyond just serving eCommerce merchants. The larger market for courier services is by far still with traditional businesses, especially smaller SMEs (Small and Medium Enterprises). “We will not limit ourselves to just eCommerce even though that’s where we started.” Getting its name out to this segment will a challenge, Leong says which is where its customer acquisition strategy will come in.

Proving itself to be a different kind of competitor from the typical startup that makes a lot of noise about how disruptive they are, EasyParcel, a marketplace that connects courier demand with supply, sees itself as helping enhance the operations of its courier partners many of whom are still not digital savvy. EasyParcel, as DNA reported, is already working with some, helping them get up to speed with understanding and using digital tools.

Its Series B round took almost a year to close, with Leong telling DNA that neither Gobi Ventures or AirAsia Teleport, were in a rush to close the deal. “It was important to work out the best deal possible for all parties and to get the right partner fit,” he says. EasyParcel was already working with AirAsia Teleport and with its international routes now allows Leong to expand his service offerings to customers. Leong also sees opportunity for EasyParcel to help fill spare capacity on Teleport planes. 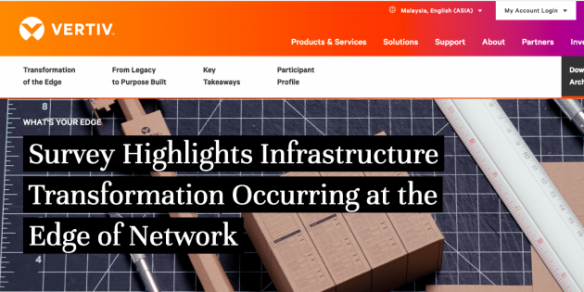