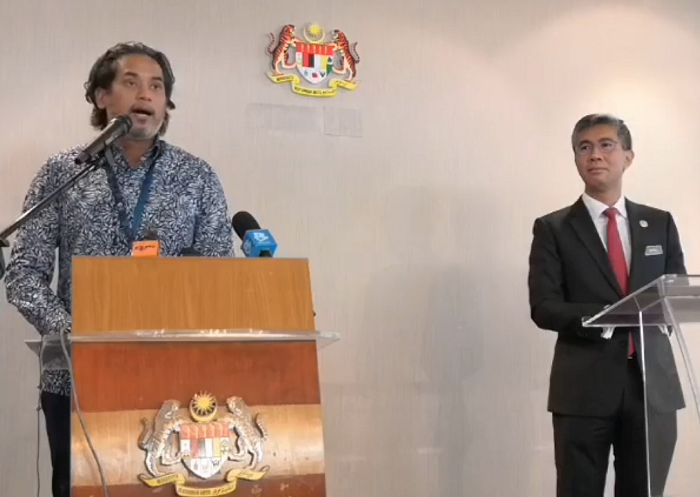 Acknowledging the extremely challenging current economic conditions and the severe impact this is causing startups, especially those in the early stages, Malaysia’s Minister of Science, Technology and Innovation (Mosti), Khairy Jamaluddin has sought to champion and help this group of businesses.

His efforts culminated in a joint announcement on 8 May, with Finance Minister Tengku Zafrul Aziz on three key initiatives to help startups involving extending to the more established ones, US$23 million (RM100 million) in low interest loans, via Malaysian Debt Ventures (MDV), to fund operations and growth; a soon to be announced US$6.1 million (RM26.5 million) new grant from Cradle Fund Sdn Bhd; and an acceleration of capacity development programmes led by Malaysian Global Innovation and Creativity Centre (MaGIC). Three existing venture capital funds from Malaysian Venture Capital Bhd (Mavcap) were also highlighted by Khairy as being avenues for promising startups to seek funding.

Both ministers stressed the important role innovative companies will play in driving Malaysia’s recovery from the Covid-19 induced economic downturn.

Zafrul highlighted startups as enablers to digitization, technology and human capital upskilling that are critical to accelerate IR4.0 in Malaysia. “I sincerely believe Malaysian startups are more capable of adopting technology and innovating new products and services for the betterment of the country and the global community.”

Khairy explained that the US$23 million loan facility, called Technology Startup Funding Relief Facility (TSFRF), was arrived at based on Mosti’s findings that it is a “sufficient amount to help a large number of startups with potential to survive”, adding that if it was required, Mosti would seek additional funding from the Ministry of Finance.

Entrepreneurs welcome the TSFRF’s focus on helping established startups already within the government’s funding ecosystem, by virtue of being funded or as grant recipients or having been involved in some of the many capacity building programmes organized by the various agencies.

Still, in the rush to help startups, there is the concern that weak startups, whose struggles have nothing to do with the Covid-19 induced economic contraction, could also benefit from the government’s emergency assistance. It is unclear if Khairy is attuned to these concerns and what his thoughts are.

The good thing about the TSFRF though is its primary focus on helping alleviate the cashflow constraints of companies based on their recent cashflow history.

“Those that have received funding from any public source have already been vetted and will prove to be safer bets to make when deciding which companies need the low interest loans from TSFRF,” says an entrepreneur, echoing a widely held consensus.

At the same time, Joachim Sebastian, founder of Everpeaks Consulting believes that it will be very difficult for startups to attract traditional funding, “Thus, an alternative debt, grant and equity funding mechanism is required to shore up these startups to survive the effects of the pandemic. Having debt as the instrument for funding, supports companies which already have cashflow. I look forward to reading the fine print once the actual details by MDV are announced.”

And in fact, MDV did just that yesterday, hosting a briefing on the TSFRF that was streamed live and taking questions as well. Aware of the urgency of the funds, MDV will be accepting applications over a 2-week period (18-31 May) to allow it to focus resources and meet urgent requirements. Subsequent application windows will be announced until the entire fund is committed.

The salient points of the loan facility are as follows:

MDV tells DNA that it aims to be inclusive and include tech startups that are innovative and exhibit great potential.

Meanwhile, young startups that have yet to generate meaningful cashflow will undoubtedly be looking forward to the end May announcement by Cradle on the criteria of its US$6.1 million (RM26.5 million) beyond the vague criteria that is for “new startups” and those with business models that are consistent with Post Covid 19 new normal. The latter would indicate that health, supply chain and automation/robotics startups will be favored.

A Cradle spokesperson tells DNA that it will be announcing details of this soon without being specific.

A point to note here is that while Khairy indicated that this is a new grant, it is actually part of Cradle’s allocation from Budget 2020 that was announced in Oct 2019.

Beyond the TSFRF and the Cradle grant, was, mention of venture capital funding from Malaysian Venture Capital Bhd (Mavcap). Responding to a request from DNA for clarity on the funds mentioned by Khairy, Mavcap explains that the three funds are existing ones and not new.

Gobi tells DNA it is hoping to increase the fund size to US$15 million.

The responsibility to increase and deepen capacity building efforts have been entrusted to MaGIC with the agency working on its existing myriad of programs such as its well regarded Global Accelerator Programme (GAP) which will see its Cohort 4 launching this August while the technology focused capacity programs such Deep Tech, mentioned by Khairy, and industry based bootcamps designed to help entrepreneurs bounce back post MCO/ COVID will be launched from July.

What has been announced has generally been met with cautious optimism. All eyes are on the release of the details, and in the case of MDV, which has done so, on the quick execution of the announced programmes.

Despite its present initiatives to help startups out, other players in the ecosystem are also urging Mosti to look towards the recovery phase.

“We are encouraged by the initiatives announced by Mosti and believe it will be a catalyst to help startups during this difficult economic period,” says Aaron Sarma, cofounder and general partner, ScaleUP Malaysia.

However with an eye to the future, Sarma also wants government to focus on recovery. “We believe there should be an emphasis on two crucial phases of support with the first phase being to survive the crisis and the second phase looking forward to thriving in the recovery process. As ecosystem builders we look forward to continuing this dialogue with MOSTI as we continue to provide startups with all the support they need.”

Reaching out to assist Mosti as well is Futurise Sdn Bhd, the Ministry of Finance agency tasked with working with companies to look at how technology and business models can intersect with regulations to create win-win scenarios. “Immediately helping startups is vital but we should also fund solution developments towards the recovery stage of Malaysia - powered by those very startups that we seek to assist,” says Mahadhir Aziz, CEO of Futurise.

Elaborating, Mahadhir suggests that Futurise, a specialized agency that looks into technology related regulatory issues, bring the various stakeholders together under the National Regulatory Sandbox that it hosts and allow innovators to engage with regulators while focusing their energy on finding a market fit for their product and validating business models.”

Clearly for Khairy and Mosti, there is still much to be done to ensure Malaysian tech companies come out winners in a post-pandemic world. The good news is, there are plenty of ecosystem players willing to work together.