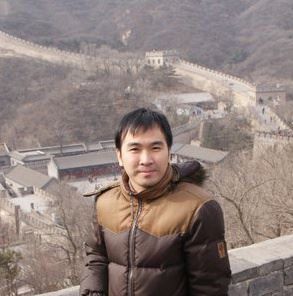 IT can be a pretty tough sell to both users and restaurants – why use your mobile app system for table reservations over the others already out in the market?

One startup’s quest to answer that question in a meaningful way has sparked the launch of Birthday Dining, an offshoot offering by the team behind TableApp, an all-in-one restaurant reservation management system.

In an email interview with Digital News Asia (DNA), cofounder Benson Chang (pic) shared that the idea for the spinoff came from his own experiences in missing out on celebrating special occasions with friends and family.

“People can’t remember every friend’s birthday. For example, I usually see some birthday wish on my friend’s Facebook wall, then only remember that day was his or her birthday. It would be too late to ask my friends to come out for a birthday celebration on the same day.

"This is when the Birthday Dining idea came out,” he said.

The Birthday Dining app offers free online restaurant reservations for those wanting to celebrate special occasions. Users can import their friend list from Facebook, and the app will notify them when a friend’s birthday is coming up.

They are also able to enjoy exclusive birthday offers from participating merchants, cutting down on the need to search around for a place to celebrate.

Chang claimed that since the Birthday App’s launch in mid-August, it has been downloaded over 5,000 times across the iOS and Android platforms, and has over 4,000 registered members.

Birthday App leverages on TableApp’s reservation system structure, which touts instant confirmation as opposed to other competing systems such as Oklah or Kaimen that require manual confirmation before a booking is confirmed. Work on developing TableApp began in March of this year and took three months before the first version was ready in May and shipped to merchants in June.

Chang said that the decision to build the system came when he and his team noticed a gap in online systems geared toward specific industries.

"So we thought, why not we create one to benefit both diners and restaurateurs?” he said.

Chang said that the system remains an on-going development; with the team working on improving and modifying it to make it a more solid product based on feedback from its merchant base. TableApp aims to be a comprehensive system for restaurateurs to manage all their bookings from all possible touch points with diners.

For restaurants signed up with the system, customers will be able to reserve a table via their channel of choice, be it via the TableApp mobile app or website, a TableApp plugin on the restaurant’s own website, or the company's Facebook page.

Phone bookings can also be managed and input into the reservation system to ensure no overlaps with bookings are made.

TableApp also has partnerships via its affiliate programme with food websites such as MalaysiaMostWanted, GoMakan and JoinMe in addition to various food bloggers who embed the company’s plugin on their sites, acting as another referral channel for reservations.

From these channels, all the data is input into TableApp’s servers, which track the situation of each member restaurant and are able to assess how many tables are still available for online booking.

“This way, when diners make a reservation via TableApp, they can get confirmation in real time,” Chang said.

TableApp is targeted at mid- to high-end restaurants, and Chang claimed that the company has already signed up 42 restaurants within Kuala Lumpur as clients.

As at the end of September, TableApp currently has 3,604 restaurant patrons who regularly use its service, he added.

In terms of a business model, the company charges restaurants a monthly maintenance fee and takes a small commission per pax for every successful reservation.

“In addition, we also plan to help merchants to sell vouchers for non-peak hours to help fill up the empty tables,” Chang said.

Adding seats to the table Chang boasts a Master's degree in Computer Science and Information Technology from the National Cheng Kung University in Taiwan, where he met his cofounder David Lin (pic).

Before founding TableApp, Chang worked as an iOS developer for a year and after Lin completed his compulsory military service in Taiwan and moved to Malaysia, work began on their fledgling venture.

“David [Lin] is both front-end and back-end web developer. After some discussion, we decided to separate the job scopes, with him taking care of all the technical development and me handling the marketing and sales functions,” said Chang.

The duo got its initial funding via Chang’s brother and friends, in exchange for a 20% stake in the company; the two cofounders still retain 80% of the company.

Chang said the company is also looking for interested investors, to fund expansion and accelerate its product development plans.

The main mission for the team now is to increase its restaurant base, with a target to have 100 merchants in the list by the end of this year and 200 more merchants by the end of 2014.

“We also plan to build a strong business development team and improve our leadership to manage the team,” he added.

When asked what the biggest challenge has been to date, Chang admitted that it was in finding a repeatable and scalable business model.

“We built something people don’t need several times before, and of course it failed. Luckily we failed fast and learned fast from all the failures, and we finally pivoted to our current service,” he said.

Another challenge lies in securing willing merchants. As a platform play, TableApp needed to sign up more merchants in order to attract more users.

“Of course, we got declined many times at the beginning, but after we signed few merchants, the success rate increased when we talked to new merchants,” Chang said.

When asked what keeps him motivated, Chang had this to share: “I believe in one sentence – every 'no' gets me closer to a 'yes'.”

For more information about TableApp and Birthday App, click here.