CALLING it the last piece in his multi-continent acquisition spree to position MOL as Asia’s leading e-payment provider, Ganesh Kumar Bangah, MOL Global’s founder and chief executive officer, has acquired a 50% stake in NganLuong, one of Vietnam’s largest online payment and escrow platform providers for domestic and cross-border e-commerce.

“The focus moving forward is to consolidate what we have acquired and to grow organically,” says Ganesh (pic) of the acquisition spree that shot him to global prominence in late 2009 with the 100% acquisition of pioneer social network Friendster.

Part of the consolidation will involve automating processes and especially consolidating the financial reporting of the various companies it has acquired. This is especially important with one eye on the eventual listing of MOL Global.

Ganesh, however, is keeping his cards close to chest on the timing of this.

Asked if MOL Global was looking to make acquisitions in the more developed Asian markets, Ganesh says he doubts any opportunities will arise “but if they do, we will look at them.”

Aside from the acquisition of Rixty.com in Silicon Valley last October, Ganesh has been making acquisitions in developing markets.

“I prefer to invest in mature companies in developing markets as you are buying into a business where you can see revenues, see the strategy working and where processes are in place – whereas going into a start-up means you are really buying into the entrepreneur in the hope that he or she can grow revenues,” he says.

While declining to reveal the acquisition price of NganLuong, Ganesh shares that the valuation was a function of users and volume of transactions the site experiences, with a double digit price earnings (PE) ratio applied based on the profitability of the business.

The acquisition was made through MOL AccessPortal Sdn Bhd (MOL), which describes itself as Asia’s leading e-payment service provider and had gross revenue of RM750 million for 2012. The joint-venture partner is pioneering Vietnamese e-commerce group PeaceSoft Solutions Corporation (PeaceSoft), where NganLuong is PeaceSoft’s online payments unit.

MOL and PeaceSoft will jointly operate NganLuong which has other related e-payment services in Vietnam.

Officially licensed by the Central Bank of Vietnam, NganLuong is now connected to more than 10,000 merchants, three leading mobile operators and 24 banks. It also has more than 300,000 account holders, a key metric for Ganesh.

Founded in 2001, Hanoi-based PeaceSoft is a leading e-commerce group in Vietnam whose operations include eBay.vn; AdNet.vn, an affiliate advertisement network; and ShipChung.vn, an e-commerce shipping gateway. NganLuong was established in 2009 as the online payments unit of PeaceSoft.

Ganesh says that Vietnam is not only one of the fastest growing but also one of the largest Internet markets in South-East Asia, with more than 31 million Internet users.

“The opportunities for e-commerce and e-payments growth in Vietnam are great, given the rapid adoption of mobile devices and Internet usage. NganLuong is one of the market leaders in the field of e-payments in Vietnam, and this investment strengthens MOL’s regional leadership position in South-East Asia,” he says.

Both parties see this as a win-win situation. Ganesh believes that MOL’s experience and expertise in building, investing and operating leading localized payment services worldwide will boost NganLuong.

So does Nguyen Hoa Binh, chief executive officer of PeaceSoft group and chairman of NganLuong. “This is an excellent combination as MOL can bring its global network of merchants into Vietnam, while giving the opportunity for Vietnamese merchants and publishers to sell their products and content directly to over 12 markets through MOL’s growing payment network,” he says.

MOL enters Turkey with stake in Game Sultan and PaytoGo 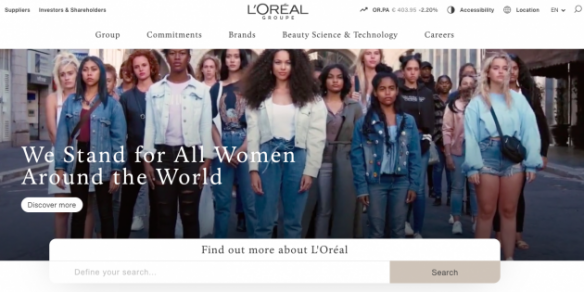