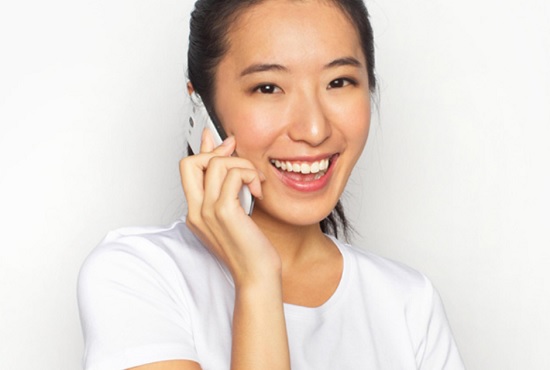 DESPITE the strong positioning of voice communication applications like Skype and Viber are enjoying, Gentay Communications Pte Ltd, a startup based in Singapore, believes that there are still ample opportunities to grow in the space.

Gentay Communications has recently launched Nanu -- a voice communications app that is allows one to make voice calls even when the person is on a low bandwidth network.

“Without giving away the secrets of our technology, the reason Nanu is able to work over 2G networks where other voice over internet protocol (VoIP) applications are unable to function in a satisfactory way is due to the way we deliver VoIP calls,” said Martin Nygate, founder of Gentay Communications when contacted by Digital News Asia.

“While other VoIP apps such as Skype and Viber work at 61 and 48kbps, Nanu can deliver quality calls at 11kbps, allowing the data to travel more efficiently through the network. In this way, we are able to provide quality calls, even on 2G networks,” he claimed.

By being able to deliver good quality VoIP under low bandwidth environment, Martin believes Nanu is able to give giant voice communications app like Skype and Viber a run for their money.

He argued that conventional VoIP apps like Skype and Viber are no means through mobile VoIP apps, as these apps do not work in all mobile environments.

“Skype, Viber and all other voice communications apps clearly state that they are designed only to work in 3G and 4G environments and in reality, they only work consistently in uncongested 3G environments,” he said.

“Over 45% of the global cellular network is still 2G and of the remaining 55%, over 50% are congested or highly congested 3G networks – which is why the conventional voice apps cannot be regarded as through mVoIP applications,” said Martin.

Since its launch in August, the app, which is currently only available on Google Play store, has registered several hundred thousands of download.

Martin, who declined to reveal the exact download figures, said that as at November 4, 2014, the app has registered approximately 500,000 to 1 million downloads from users in over 200 countries. It aims to have 150 million subscribers by end 2015.

“We have grown rapidly and we continue to grow at a very healthy rate in countries worldwide… We are also delighted that our monthly average usage (MAU) is at 80%,” said Martin.

Free calls to all

Besides being able to make quality phone calls under low bandwidth environment, Nanu also allows users to make free calls to landlines and to non-Nanu mobile users. However, these free calls will be limited to 15 minutes for now.

The company said that once it registers enough revenue, all Nanu calls to landlines and non-Nanu mobile users will be free without any caps on the call duration.

So, how is Nanu going to generate revenue for Gentay given that it is offering free calls to users? The answer: advertisements.

Although Nanu users do not need to pay a cent when making the voice calls, they do need to listen to an advertisement while waiting for the other party to answer the call.

“The advertisements are completely non-intrusive as it plays above the ring tone. Unlike adverts on apps such as YouTube or Spotify that compel user to watch an advert or a trailer of an advert before one is able to consume the content.

“With Nanu, you will only listen to the advert whilst waiting for the recipient to pick up the call. As soon as recipient picks up the call, the advert and ring tone cease just like a conventional call. As a result, Nanu is unique in that the advert does not stand between you and your desired action of speaking to intended person,” he explained.

Based on its current business model, Martin believes that Nanu can start generating operational profit by end of 2015.

How it all started? The idea for Nanu, which was developed by Nygate pic) and his son Daniel, came when father and son were focusing on identifying challenges in the maritime industry, as well as to find technical solutions to overcome these challenges.

“From the end of 2012, we had been working on a specific problem in the maritime industry – the inability of VoIP applications such as Skype and Viber to operate via satellite communications systems due to the low bandwidth available – and the huge bandwidth required for these VoIP apps to work.

“Simply speaking, mariners on vessels at sea could not call their families on shore using products like Skype and Viber,” said Nygate.

He said that Daniel figured out a new approach that would reduce the bandwidth required to deliver VoIP calls by 80% compared with traditional VoIP apps.

“However, we quickly realised that the technical innovation could also impact terrestrial cellular communications in a dramatic and meaningful way, and the idea behind Nanu was born,” Nygate said.

Gentay Communications has not disclosed much information related to funding. However, it is public knowledge that Sim Wong Hoo, the founder and chief executive officer of Singapore’s Creative Technologies is one of the investors.

“We have been fortunate to have been fully funded by private investors. Prior to launch, we received an initial investment from a private Japanese investor with early seed funding.

“In addition, a group of investors led by Sim Wong Hoo also further funded the development of the application. This investment is a testament to the confidence our investors have in the business plan and team behind Nanu,” said Nygate.

Prior to launch, the funds were mainly spent on research and development. However, post-launch, the company has been spending an increasing amount on various marketing activities, he shared.

Nygate said that there are big plans in the pipeline for Nanu. For a start, in addition to Android, the app would be made available on the iOS platform soon. Also, while currently a 100% voice communications app, it will soon incorporate messaging elements.

Nygate said Gentay Communications is also hoping to tie up with major mobile operators as part of its long-term strategy.

“Our mission is to give free calls to everyone, everywhere. To achieve this, we will firstly use advertisers to subsidise the cost of calls. But in the long term, we hope to work in partnership with telcos.

“The emergence of over-the-top (OTT) applications has threatened to erode the traditional sources of revenue for telcos. We only need to look at the success of applications like WhatsApp, WeChat, Line, etc. that have hugely affected their revenue stream to realise the impact that OTT applications have.

“Nanu’s business model allows us to work in partnership with telcos and to compensate them for the delivery of our traffic over their networks. This is only possible due to our business model that generates significant advertising revenue, which we can then share with the telcos, thus creating a mutually beneficial situation,” he declared.