SINGAPORE’S positioning as a global startup hub got a boost recently when OurHealthMate, built by Indian nationals living in the island-republic and aimed at the Indian market, closed a S$560,000 (approximately US$440,000) seed funding round.

OurHealthMate is an online platform that allows non-resident Indians to manage and monitor their family’s healthcare from a distance, the company said in a statement. Its core team is made up of non-resident Indian (NRI) expatriates.

The startup was founded by Abhinav Krishna (pic, right), who is the chief executive officer, and Akash Kumar (pic, left), who is chief technology officer. The two met at Raffles Junior College about 12 years ago.

The founders developed their business through the JFDI.Asia accelerator programme in 2013, culminating in a demo day in June when the syndicates now funding OurHealthMate came together.

JFDI.Asia cofounder and chief executive officer Hugh Mason said, “At JFDI.Asia we seeing a trend where very international-minded startup companies are asking themselves where in Asia it's best to be based for business, regardless of where the founders were born.

“It might still make sense to base people-intensive operations where labour costs are low, but realistically incorporating somewhere else might open up different options for financing and international growth,” he told Digital News Asia (DNA) via email.

According to OurHealthMate sales and marketing manager Kanu Asthana, Singapore offered a lot of benefits from which to build the business.

“Singapore has the reputation of having first-class service providers, as well as a huge number of NRI communities,” she told DNA.

Its diverse demographics, “especially with several South-East Asian communities residing there, also gives us an opportunity to explore different markets while being in a central hub,” she added.

There were challenges in building a business aimed at a ‘remote’ market, she acknowledged.

“At OurHealthMate’s inception, our the founders – who have been in Singapore for more than 12 years – wanted to be in one place to be able to brainstorm ideas, planning and operations,” Kanu said. “Since the execution was to be in India, we opened an Indian subsidiary and headquarters in Lucknow.

“The main challenge was in gauging the market’s needs. How we overcame it: We made calls to doctors in India, and since we have an Indian background and have dealt with the welfare needs of our parents over long distance, we were able to understand the market.

“Hiring remotely is a challenge as we are particular about expanding the team with the right people. Although we may do phone interviews, but we still take frequent trips to India to train the new staff and learn the market as well,” she added. 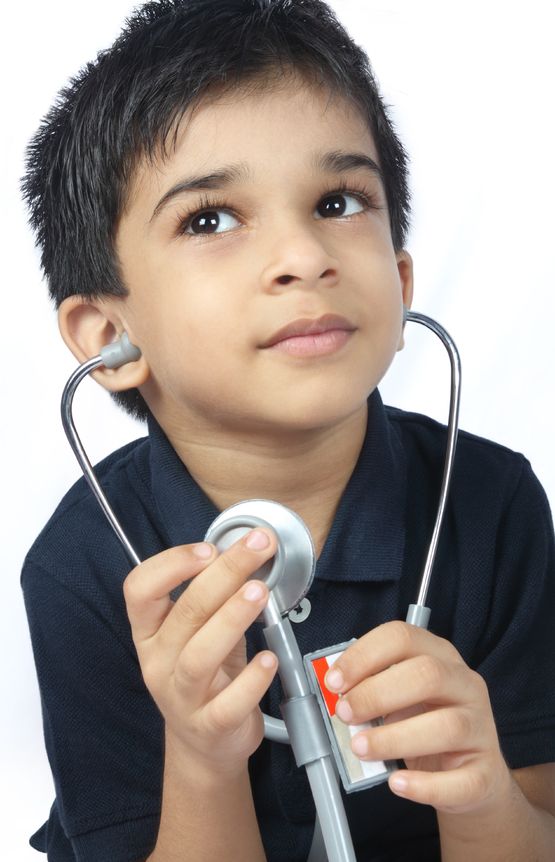 OurHealthMate said its platform makes it easy for people to book and pay for health checkups on behalf of their families, and receive feedback directly from the doctor.

The US$440,000 seed funding round was led by Bimal Shah, heading an international syndicate of business angels, and supported by Singapore-based Benjamin Tsai and a second international angel syndicate led by high frequency trader Ben Ball.

“We first met Abhinav at the start of the JFDI.Asia programme and it was immediately clear that he and his business were very strong,” said Bimal.

“I brought Leo Tech, a software development house, in as a partner early on and we built a close working relationship.

“Abhinav and his team delivered on every single promise they made to us, creating the confidence for both Leo Tech and me personally to increase our commitment to the company’s future,” Bimal said in the statement issued by OurHealthMate.

The company said that at end-December 2013, six months after completing the JFDI.Asia programme, the platform was being used by more than 2,000 doctors in more than 700 medical centres located in 50-plus cities across India. An additional 30 hospitals are joining each week, it claimed.

“We’ve been incredibly lucky with this business – people seem to understand it and its potential,” said CEO Abhinav.

“It was humbling to receive several firm offers from both funds and high net worth individuals. Several of them would have given us more cash than we have closed today.

“But in the end, the hands-on engagement and strategic connections that our new shareholders bring, particularly to enterprise partners, made those factors even more valuable as we scale up rapidly,” he said in the statement issued by his company.

OurHealthMate will use the seed fund to bring the platform to more Asian cities. It will also build up the team from six to 16 – from the current two in Singapore to four, and the current staff strength of four in India up to 12, according to Kanu.

While India will continue to be the company’s primary focus, she said the company is also looking at the market of non-resident Filipinos.

“We are eyeing the Philippines market, but we continue to do our research on other South-East Asian countries. When and how we can expand are avenues we still have to decide,” she said.