HE started his jobs portal SEEK at around the same time as Mark Chang launched JobStreet.com in 1997, and both operated in a market with around the same population size, and both listed within six months of each other, SEEK in April 2005 and JobStreet in November, 2004.

Both entered Asia’s billion population markets within a year of each other – JobStreet in India in 2005 while SEEK made China its first Asian market in 2006.

Their strategies were different though. While JobStreet entered India organically, SEEK took a 25% stake in China’s leading jobs portal Zhaopin.com for US$20 million.

This is where a key difference lies between Andrew Bassat, cofounder and chief executive officer of SEEK, which last month completed the acquisition of JobStreet’s Internet assets for US$568 million (RM1.9 billion), and Chang who prefers to grow organically and is quoted as saying he prefers the “kerbau way” – that is, working hard and in a measured and methodical manner.

Bassat, who started SEEK with his brother, has led the strategy and growth of the business since its inception.

That growth has been fuelled by mergers and acquisitions (M&As), and not just in the online space. SEEK also owns and operates several leading education businesses. Collectively, they enroll more than 50,000 students and provide career advice to more than 200,000 prospective students each year.

Last year, he was recognised by Ernst & Young (now EY) as the Entrepreneur of The Year for Australia.

In recognising him, EY drew attention to the fact that since listing in 2005, SEEK has produced total shareholder returns of more than 550%, with a key driver being Bassat’s effort in leading the M&A and organic growth of global employment marketplaces and education.

The ambition is to be the global leader in online employment, matching more people with job opportunities than any other organisation.

It has been a deliberate strategy to target emerging markets, which gives SEEK a long-term interest in growth markets.

“We like early stage markets, and when we go in, like to work with the No 1 player,” Bassat says in a recent Skype conversation with Digital News Asia (DNA).

Indeed, in China, its first overseas market, Zhaopin was then among the top two recruitment portals. Execution and delivering a great product were the key themes that emerged during DNA’s interview with Bassat. The acquisition of all of JobStreet.com’s Internet assets, instead of the entire company, is one example.

“We already owned jobsDB and saw no reason why the two of them should be expending resources competing with each other in the same markets,” says Bassat (pic). SEEK already owned 22% of JobStreet prior to the current acquisition.

Owning both regional job sites will now allow SEEK “to unlock significant opportunities” according to the media reports at the time, quoting Bassat. “We thought about it hard before I wrote that big cheque to JobStreet,” he tells DNA.

Making it easier to write such big cheques in its international growth strategy is the realisation that, aside from some cultural differences, job-seekers and those looking to hire are all looking for the many of the same things, be it the right job, finding relevant information, or wanting the process to be easy to navigate.

Another advantage in making acquisitions is having the right technology.

According to Bassat, in one of his early annual presentations to his shareholders, he explained that SEEK can quickly boost the capabilities of the companies it invests in by applying the technology it has built up in growing SEEK in its home markets of Australia and New Zealand.

That technological capability has been boosted by a yearly R&D (research and development) budget that runs in the millions. For its 2014 fiscal year (end June 2014), SEEK invested A$20 million to come up with 35 product enhancements for its Australian and New Zealand markets.

Not surprising, as Bassat stresses a lot on execution and delivering a great product that job-seekers and employers can use to quickly achieve their goals.

“It is really about helping people develop their careers and helping organisations get good people,” adding “hopefully we are doing a good job, and in the process, can reward our shareholders.”

But Bassat wants to do much better than just “a good job.” He is ambitiously aiming for SEEK to eventually deliver “the perfect search experience.”

He defines this as “when only the jobs that are relevant to you, are seen. But to do this, we are constantly encouraging our users to update their profiles.”

He also sees big data playing a key role in delivering this perfect search experience. “The more we know about you, the higher the chance we can help you get that perfect job,” he argues.

The journey towards providing this perfect search experience is also his best weapon against competition, he declares.

“We are always facing competition and there are always new ways of doing things. We just have to focus on providing the best experience to our users, and if we do that, why would they switch?” he asks.

“We are obsessed with this,” he adds, emphasising the importance to SEEK of aiming to provide the perfect job search experience to its users.

With his ambition to grow the business over the next five years at a faster clip than in the past five, where revenue almost tripled, he will need to provide the perfect search experience to the market, or at least almost perfect. 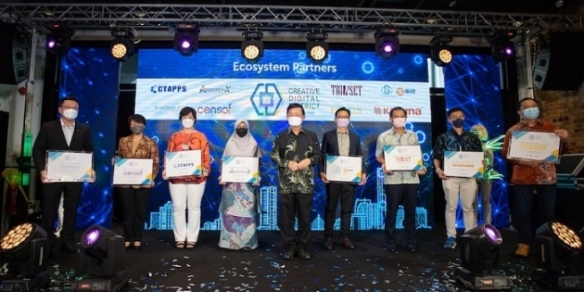