ROCKET Internet GmbH’s meal delivery venture FoodPanda insists that it is built for the long haul, signalling a possible change in the Samwer brothers’ ‘start-them-and-flip-them’ strategy.

The Berlin-based Rocket Internet, founded by Alexander, Oliver and Marc Samwer in 2007, has a reputation for starting, growing and selling off businesses quickly. The Samwer brothers' first success came when Alando, an online auction house they founded in 1999, was sold to US online auction powerhouse eBay Inc for US$50 million that same year.

After its founding in 2007, Rocket Internet sold several startups within two years of its establishment. Other notable sales include GratisPay and CityDeal. GratisPay, a company involved in virtual currency for online games, was sold to eDarling for an undisclosed amount, while CityDeal, which offers discount deals for consumers, was sold to Groupon for US$126 million and a stake in Groupon. Both these companies were founded in 2009 and sold in 2010.

“Things can also change. In the past, they (the Samwer brothers) sold very quickly, but if you see now, there are ventures where I believe they had the option to sell but didn’t do so," Claudio Abitante, managing director of FoodPanda Malaysia, told Digital News Asia (DNA) recently.

Recently, Bloomberg reported that Rocket Internet is looking for an initial public offering that may value the company at more than three billion euros (US$4 billion). This plan, if true, may see FoodPanda having increasing importance to the group in the long term, as FoodPanda’s fast-growing business could one day become one of Rocket Internet’s core revenue generators, accordng to Abitante.

“FoodPanda is here for the long run and we hope to become one of Rocket Internet’s biggest companies,” he declared.

FoodPanda, which started off as a South-East Asian project, now has a presence in 40 countries, including South Africa and Russia. Its business in Malaysia, which was formed in 2012, is still growing at a “healthy” pace and the true potential of he business here has yet to be tapped, claimed Abitante.

“Since our establishment, we have never seen month-on-month revenue decline. Our aim is to double our revenue every five to six months. We have been achieving it and it is what we are aiming for, moving forward,” he said.

He argued that this goal is “definitely achievable” as his company has yet to penetrate many markets in Malaysia. Currently, FoodPanda offers delivery services to people living in Kuala Lumpur (including Cyberjaya and Putrajaya), Petaling Jaya, Shah Alam, Klang, Johor Baru, Ipoh and Penang.

By the end of this year, it is expected to start delivering food in Sabah and Sarawak. Abitante, who is also responsible for the Brunei market, said FoodPanda will launch its services into that country “very soon."

Besides expanding geographically, FoodPanda is also working to widen its offerings to its customers. Started off as a food delivery service, it now also delivers non-food items, mainly thanks to its partnership with 24-hour convenient chain store 7-Eleven.

“We always listen to our customers. In some of our deliveries, we see customers saying ‘By the way, can you get us a pack of cigarettes along the way?’, or ‘Can you get us a prepaid top-up on your way over?’. So the tie-up with 7-Eleven make sense,” said Abitante.

At present, Malaysians who want food to be delivered to their doorstep after midnight can only depend on fast food chains such as McDonald’s. This may change soon.

For a start, FoodPanda will ‘experiment’ with offering 24-hour delivery services on July 14, for the final match of the 2014 FIFA World Cup in Brazil. The match starts at 3am, July 14, Malaysian time.

“We will be offering 24-hour services for the day, and we will monitor this very closely and decide how we can go about it in the future,” Abitante said.

He also revealed that the company is in talks with a 24-hour ‘mamak’ restaurant on a possible collaboration. Should a deal be reached, Klang Valley folk would be able to order their favourite local delights via FoodPanda. No plans to acquire rivals ... yet

For now, Abitante believes FoodPanda can reach its full potential on its own without the need to acquiring any competitors. [Currently, other companies in this space include Food Runner's Room Service Food Delivery and DeliverEat.]

“In fact, we have been doubling our revenue every five to six months," he reiterated, "without even investing our full marketing potential.”

What is FoodPanda’s “full marketing potential”? Even though Abitante remained tight-lipped, when pressed by DNA, he hinted that it may be in the range of US$5 million.

Assuming that FoodPanda’s war-chest in Malaysia is US$5 million (or even US$10 million for the matter), it should not be a major concern for it to recover its investments, and indeed, he said the company is hoping to do this within the next two years.

“The food delivery market in Malaysia – including those who order from fast-food and pizza chains via the phone – is valued at US$100 million annually and this is a very conservative number,” said Abitante.

Currently only processing several hundred orders a day, at the rate it claims to grow (double every six months), FoodPanda could hit thousands of orders within the next few years.

“We can achieve a few thousand orders a day in the next one to two years,” he claimed.

FoodPanda charges the customer a delivery fee of RM4 and takes a commission from the restaurants for each successful sale via the platform. Based on a rough estimation of 2,000 orders a day, and RM15 for each order (and assuming a 10% commission as it does not reveal its commercial terms), the company could be looking at an annual income of RM3.5 million ... conservatively.

The numbers and forecasts may seem all rosy. However, in this line of business, the company’s success is highly dependent on one variable – the quality of its service.

This comes in two areas: Its riders and its callcentre operators as they are the ‘bridge’ between the customer and the company. Currently, it has over 100 employees, comprising about 30-40 operators, with more than 50% of its total workforce being riders.

Abitante admitted there is still room for improvements in both these two areas.

When it comes to its callcentre operators, he said he hopes they would be more proactive in upselling or providing customers with alternatives when one of the items they order is not available.

A bigger concern, however, is keeping its riders happy and loyal. “This is always a challenge. It is hard to find good riders these days, but it is also challenging to keep them loyal,” he said.

The key to keeping FoodPanda riders happy and loyal (which would translate to better delivery services) would lie in how the company treats its people, Abitante said. 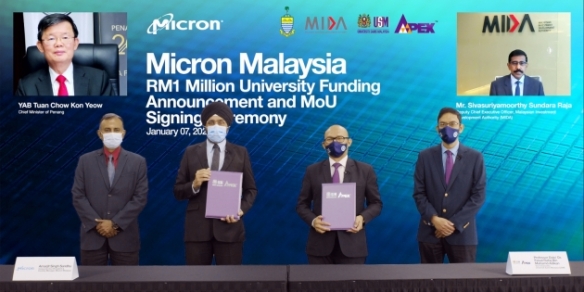