THE ‘personal safety’ app market saw a new entrant with the recent launch of Folr, a geolocation tracking application which claims to give real-time information on the whereabouts of family members, significant others, best friends and more.

Folr can be installed on any mobile device to unobtrusively update users on the locations of the most important people in their lives, the company said in a statement.

Other players in the personal safety space include two Malaysian startups: SecQ.Me with its Watch Over Me app targeted at women; and WaryBee, which in July launched a crowdfunding drive on StarHub’s Crowdtivate platform for its wearable devices, also targeting women.

“Smartphones have become an inseparable way of life for millions of people and location-sharing functionality is now standard for all,” said Folr founder and chief executive officer Steven Ellis.

“With these combined, the ability to track the location of your family, friends or colleagues in a safe, unobtrusive and accurate way, has become a cost-effective and convenient modern-day possibility,” he added.

Folr is targeted at concerned users who want to know where their children are after school, where their spouses go during a business trip, or where their clique is hanging out.

When installed, Folr creates two lists: One for those whom the user wants to follow, and another of those who want to follow the user. “Folr is unique in location-sharing as it provides options in history and privacy. The app gives a complete timeline of the device location. Also, users get complete autonomy over when he or she is tracked,” said Ellis (pic above).

Folr sets itself apart by offering a clear picture of not just where the ‘followed’ is, but also where he or she was. Users can review the detailed history of the followed throughout the day and up to the whole year. This feature will be especially important during times of need or distress, Folr claimed.

Users can see from the history to know where the followed was and predict where he or she could be. This ‘History’ function is available for US$29.99 per year.

Folr claimed it will ensure the privacy for users and those they follow, saying it would not allow any advertising and will not sell user data to third parties.

Finally, Folr allows the followed to set the days-of-week and the hours-of-day that their device can be tracked. They can also, at any point, deactivate tracking.

The app can be downloaded from the Google Play Store or Apple App Store for free.

Folr is part of JF2, an early stage startup studio that nurtures greenfield ideas which was established by South African-born and Singapore-based entrepreneur John Fearon, founder of Dropmysite and DropMyEmail.

Folr is also part of 88mph, a seed fund and accelerator which invests in early-stage web/ mobile companies with the ability to scale across sub-Saharan Africa. 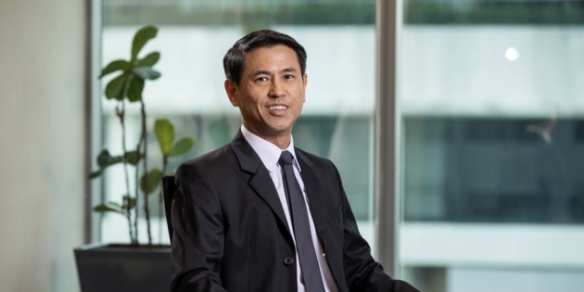