No surprises from Rakuten’s e-commerce panel

A PANEL discussion held at the inaugural Rakuten Expo in Kuala Lumpur on Nov 11 held little surprises nor did it shed new insight into the state of e-commerce in Malaysia.

Predictably, the Google panellist advised merchants to invest in AdWords once they got online, “otherwise no one will find you.”

In his closing remarks, he also urged merchants to just get a site up and then “find ways to transfer their business online,” otherwise they would be missing an opportunity to engage with and influence potential customers who are already going online to search for things.

Perhaps the biggest surprise was hearing him say that a lot of online research into products ends up with customers doing in-store purchases.

“Our own research shows that too,” said Shylendra Nathan, head of technology and retail at Google Malaysia.

However, while he urged businesses to get online, Shylendra acknowledged that most of them lack the knowledge and talent to run a business online, thinking establishing a website means the revenue will flow in.

“Many fail to create a niche and this is why I term their strategy as ‘Spray and Pray’,” he said to the amusement of the audience.

Most brick-and-mortar merchants could then do well to learn from the approach Berjaya Books has taken.

Opting to gingerly dip its toes into the uncertain waters of e-commerce, Berjaya Books chief operating officer Yau Su Peng openly stated, “Going online is a supplementary channel for us to capture incremental revenue, and we are not embarrassed to say that we are new to this e-commerce space.”

Which is why she finds it comforting to work with e-commerce specialists Rakuten. It does not cost her company much to “step in” as she describes it, and to eventually “step up,” but if it does not work out, “we would not have spent much money anyway.”

While Berjaya Books currently has only a few items sold online versus the over 200,000 items in its Borders Books physical outlets, the intention is to sell more items online but to do so carefully without affecting store sales. 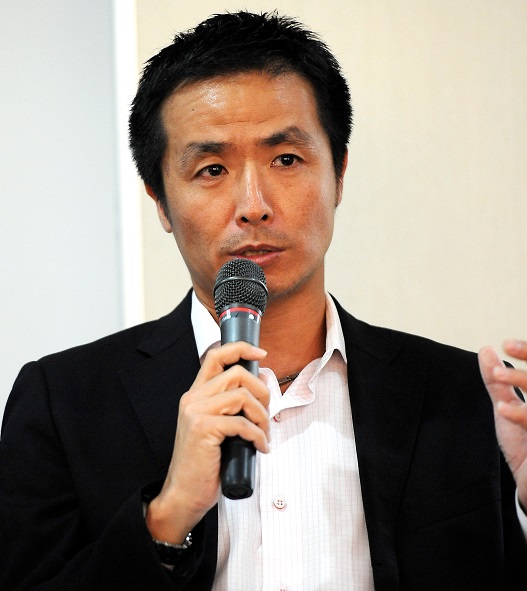 “We are very clear that we are a brick-and-mortar business, with e-commerce just supplementing the model,” Yau said.

Her endorsement would have pleased Masaya Ueno (pic), Rakuten Online Shopping chief executive officer, who said that its ‘bread and butter’ is to drive traffic to the merchant stores it sets up, and to help the merchant build brand awareness too.

Nonetheless, Ueno finds that despite Malaysia having all the infrastructure pieces in place, “most merchants still do not really know what to do.” He noted that “it is easy to sell something online but it is tough to ‘sell it well’.”

The biggest trend Ueno has seen this year is in the growth of mobile, with 25% of traffic to Rakuten’s e-commerce platform now coming from mobile devices.

That brings with it a whole set of challenges on how merchants can offer consumers a great experience, he said.

Having spent just about a year promoting e-commerce, he said he finds that Malaysians are surprisingly eager e-commerce customers, with sales of supplements being one category that does quite well.

More time just needs to be spent on educating the merchant segment, he added.

If the e-commerce expo was supposed to be such an attempt, Rakuten took the unusual approach of keeping the event very small, by invitation only. The intention is to ensure customers and visitors have a very good experience, said Ueno.

Going against the general feeling that e-commerce is picking up in Malaysia, Packet One Networks (Malaysia) Sdn Bhd chief commercial officer Kelvin Lee actually feels it has not made much progress over the past 13 years.

A key reason is that merchants feel that the cost to transform their business to an online store is costly. Like Ueno, Lee called for much more education.

Meanwhile, iPay88 cofounder and executive director Lim Kok Hing (pic) revealed that on average, the payment gateway sees less than one problem per one million transactions a month. “Actually, fraud is not major issue today,” he claimed.

While the market is expected to grow 4% a year in Malaysia, Rakuten aims to better that growth rate, he said, while declining to share the target set.