IT'S only been two months since Omar Giri Valliappan officially stepped into his role as general manager of (GM) Mudah.my, but he’s already well acquainted with the challenges facing him as the head of the country’s largest online marketplace.

“In the online space, you could be thriving today and dead tomorrow. It’s very different from the industries I have [previously] worked in ... but this is a journey I want to embark on,” he tells Digital News Asia (DNA), having moved back to Malaysia after a 14-year stint in the United Kingdom.

Mudah.my, which launched in 2007 and claiming the market leadership position since 2010, currently serves over 845 million pageviews per month [via both mobile and desktop], with about 11.2 million unique visitors recorded last November, and over 900,000 items listed daily.

The marketplace – in its new GM's eyes – has lots of room for improvement as conditions are changing in the e-commerce space.

“The nature of online deals is changing and will be a challenge for us as some of these changes are not entirely welcome. As the No 1 in the market, even a 2% dip is significant. As a startup, we could probably ignore some verticals or demographics, saying that they are not a growth focus, but that’s not the case for Mudah,” Omar says.

When quizzed on what ‘unwelcome changes’ to the industry meant, Omar points to the changes in the way goods are being propositioned, with counterfeit goods as an example.

“The people behind this are becoming much cleverer, using techniques that a normal customer may not detect nor understand, but when it latches on, the trends quickly escalate and it sends out the wrong message to the industry,” he says.

Omar also notes that if word about counterfeit goods catches on and gets viral, it puts the brand in a difficult position of dealing with the “clawback of virality” which is almost impossible and would require spending more money to rebuild the platform’s quality, service and trust.

“We need to be pre-emptive in policing this, but we can’t catch them all and some will slip through. That’s the power of the Internet -- all it takes is a search and you can learn from global resources on how to scam people. This is a challenge for a marketplace like Mudah,” he adds.

In his view, this is an issue that is never going to stop completely, with some sectors likely to suffer more than others.

“For example, in the electronics segment, it’s easy to move counterfeit goods and hard to test for issues like fake batteries in phones. It’s difficult because as a marketplace platform, Mudah does not hold the goods and we can’t inspect it," he says. "But there are ways we can mitigate this.”

One such method of mitigation is to publish guidelines for users and actively strive to educated consumers more, since while most buyers would be quite savvy from one point of view, such as finding the best deals, more awareness is needed for other aspects -- such as gauging how genuine a seller or product is.

When asked about the long-standing industry problem regarding less-than-satisfactory service levels and addressing customer grievances, Omar says that it is important to take such things in context.

“According to ComScore data, at one point Mudah attracted only slightly more visitors than Maybank’s online banking site -- about 2.2 million versus 2.1 million. So in relation to that number, it’s not that any consumer is not valuable, but you have to look at the percentage of complaints versus the total user base,” he adds.

Consumer grievances at Mudah are trending downwards according to its most recent internal report, he claims, but adds that this would swing upwards if the company launches a new vertical sicne there would be an inevitable learning curve for both the team and the marketplace.

“It’s a tango that all marketplaces play to minimise grievances and for Mudah, it is a small percentage compared with the audience share that we have,” he argues. 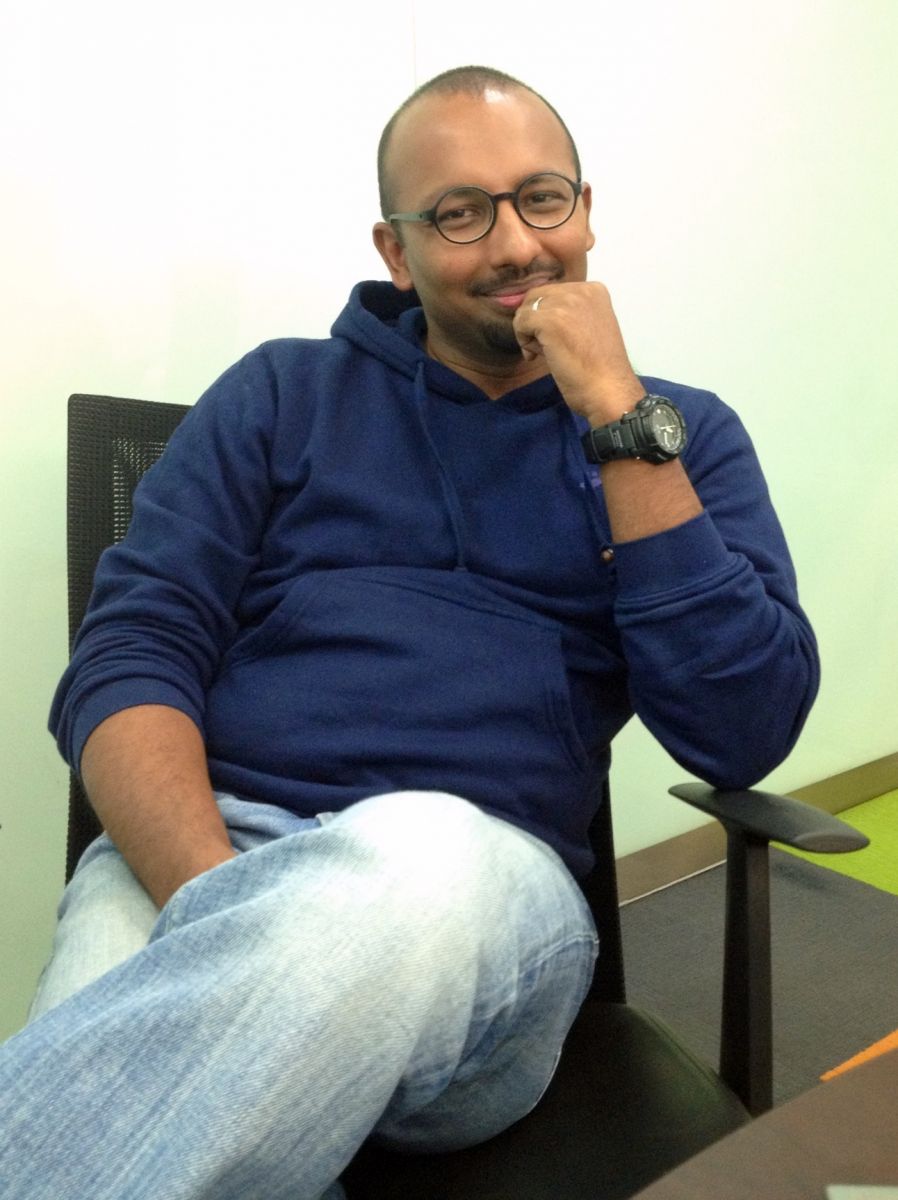 When asked what his approach would be, Omar (pic) says that his focus for Mudah could be summarised in five words: Trust, quality, service, value and innovation.

“An online marketplace is a virtual gathering and trust in the platform needs to be built, but once you have that trust, it doesn’t mean you can stop -- you need to continuously build upon it.

"This is connected to quality, in terms of the merchandise offered on the platform, how well it’s presented and whether both buyers and sellers are genuine.

“Service as well is a crucial element, such as how quickly and accurately fulfilment can be achieved. This includes educating consumers on how to post their goods and service customers well. The value component is what the brand brings to the table and the role it plays in lives.

“Innovation is centred on how fast we react as a company to new developments in the industry and technology, from how fast we move into the mobile space to UI (user interface) considerations,” he explains.

Moving forward, Mudah will be focused on cementing its leadership position in the increasingly crowded space of online e-commerce marketplaces, as well as exploring growth opportunities.

“It’s not so much about growth as that will happen naturally, it’s also about depth, about positioning and cementing that position. For Mudah, 80% of the job is done but it’s the next 20% that will be the hardest and most crucial,” Omar says.

He expands on his point about depth by noting that there are various verticals that Mudah is strong in despite the competition, but ideally the goal is to strengthen all verticals -- a goal that is “not going to happen overnight.”

“There are some verticals which we didn't even know existed until customers came to them. For example, second-hand textbooks have a hidden value with the notes written in them by their former owners. That’s a unique element which nobody else would have, with ther copy of the same book,” he says.

Omar believes that there are opportunities aplenty in the pre-loved market cropping up every day, and while some can be ignored, others can be exploited. It is up to Mudah as a company to pick the right ones.

“Car parts for classic cars is another area that could be developed as it’s impossible to get spare parts for them. So the question is, how do we get consumers to have that affinity with Mudah to come to us to get car parts?

“It could be that we need to broker a deal with a global supplier or educate consumers on the notion that they could chop up their old cars for extra money. There’s lots of things in the marketplace that we can do, but we haven’t been doing much of that, and to gain that depth is what the next 10 years will be about,” he adds.

When asked about what his personal goals for his role as Mudah GM are, Omar says that he has a few, with talent development topping the list.

“This first goal is the most difficult as Mudah already has a great team and a lot of learning with stakeholders. Now that we’re looking at not just being No 1 but cementing that position, the only way you can do that is with people.

“It’s not just about developing a killer service or feature. In line with our mission to be the biggest, we must grow a team of world-class people so that we are ready for whatever gets thrown at us,” he says.

Omar says that there are a lot of great people in Malaysia, but Malaysians do a pretty bad job of making themselves No 1.

“Why is this the case? I mean, look at the cases of innovation and online marketplaces globally -- very few are from Malaysia. For me, it’s actually shocking that Mudah has beaten a bank; I have never seen that happen globally apart from special occasions,” he says.

Teambuilding will be a priority, but Omar says that mind-sets must also change: To get Mudah to stop thinking about just Malaysia and to grow regionally, but also influencing its sister companies under parent company 701Search’s umbrella in best practices.

“We’re looking for more change-driven leaders in terms of business and Mudah is definitely positioned to be a leader in that regard. About 95% of our staff are already local,” he says.

The other goal Omar has set for himself could be considered “boring” -- it centres on the last 20%.

“The last 20% of everything is the hardest thing to do. You can always start a new site or open up a new business vertical, but once you have 80% of the market, how do you get the other 20%? That will be where I’ll be focusing a lot of my time on,” he says.

For Omar, the answer will not be clear-cut or simple, especially since he can’t afford to ignore the rest of the business, with the daily job constituting the 80%; and ambition the other 20%.

“That’ll keep me busy for at least the next 12 to 18 months, and it’s a tall order. I feel we have a lot more to contribute to the industry and are seen as a leader in this space, so there’s lots to prove” he says.

When asked how he would define success for his tenure as Mudah GM, Omar said that apart from achieving company objectives, success would be to see internal talent leaving the company after three to five years to start businesses and startups of their own.

“That’s what the country is missing at the moment when you look at the landscape, and that’s what I would like to address. Hence why, on a personal note, I chose to come back and do my part,” he adds.

PayPal’s seller protection scheme to debut in Asia in Oct