IT'S too easy to think that everyone’s on Facebook or WhatsApp, and just being on these platforms would be enough to stay connected with your friends. But a digital divide does exist online, and is especially prominent in the case of those with ties to China, a country that boasts its own plethora of social media platform offerings.

Tingliang Duan (pic), founder at Singapore-based startup Melon Sail, uses multiple social networks -- from Twitter and Facebook to RenRen and Weibo -- and found himself having to upload his photos or thoughts multiple times to different networks.

“And when my friends like or comment on them, I have to switch between these apps to interact with them. What if there is an app to help me browse and interact on Twitter and Weibo at the same time? The idea just popped up naturally in my head and we just decided to actually make such an app,” he said.

The app in question is Melon Friends, a mobile app targeting the niche market of overseas Chinese who manage multiple social network circles, and looking for a way to easily do so.

The Melon Sail team have a vision of building a robust, overseas Chinese-centered ecosystem and envision Melon Friends and its series of services becoming the bridge between China and overseas, “where social networks, businesses and users on both sides would benefit from the trusted information and connections brought by the overseas Chinese community.”

It certainly is a sizable market; a 2007 report by the Chinese Academy of Social Sciences (CASS) put the total population of Chinese nationals living overseas at 37 million, a number that sure to be much larger today.

Duan graduated from the National University of Singapore and had been working as a web/UX designer for various startup projects. The creation of Melon Sail includes two other co-founders, chief executive officer Winston Liu who is a former DBS solution architect with a strong backend architecture experience; and lead developer Li Ji, who is an expert in Android development.

Duan claimed that Melon Sails offers the best integrated, localised and customised solution for overseas Chinese to share, interact and manage their social connections in China (with RenRen and Sina Weibo) and abroad (with Facebook and Twitter).

“The fact is there isn’t anyone offering integration and management service for both China and overseas social networking services. We see the opportunity and demand, so we want to do something about it,” he added.

Key features of Melon Friends include the option of messaging friends’ accounts from different social networks and its ability keep track of each individual friend’s activities across multiple social networks.

According to Duan, Melon Friends will also function as the trusted information channel and platform where overseas Chinese can share and discover interests and social shopping/ gifting ideas; and expand their social circles to friends of same interests or origin.

“You also don’t have to constantly switch between social networks to interact with friends. A feature called Melon Moments can intelligently merge interactions on the same feed from different social networks in one screen,” said Duan. When asked about whether the increasing localisation of such services -- as evidenced by inroads made by Tencent’s WeChat app -- would have a direct impact on Melon Friends’ value proposition, Duan pointed out that the usage of Melon Friends is very different from WeChat and such messaging-focused apps.

“In a nutshell, WeChat is focusing on the one-to-one communication with friends (which can be in China or overseas) while Melon Friends is focusing on sharing, interacting and managing one's entire network of friends,” he said.

This puts Melon Friends in similar territory occupied by social media management tools such as Hootsuite, TweetDeck and SocialFlow. However, he did note that there are opportunities in the one-to-one messaging business that would be worth exploring in the future.

Melon Friends is slated for an official launch before the end of May, with an Android app available to download for free, with no ads via the Google Play store.

“Unfortunately I don’t have any real figure to share at this stage. What I can say is that our initial alpha-test users have expressed much interest in this app and that alone pushes us to work harder toward the app release,” said Duan.

He also shared that the team is currently negotiating an exclusive launch opportunity with one of the Android app stores in China.

When asked how his venture is being funded, Duan said he could not disclose such information in detail.

“We are currently backed by an angel investment firm and the Singapore’s Media Development Authority's i.JAM programme as well,” he said.

The plan for the next six to 12 months is to hire more development staff, with an eye on developing and launching an iOS version of the app. The second would be the development of a cloud solution to make the whole “share to all and receive in one” proposition possible and more seamless.

“We also hope to acquire a substantial user base to move our app to the next phase; with user-generated content for our exploration and discovery service," he added.

When asked what keeps the Melon Sail team motivated, Duan said: “As overseas Chinese ourselves, we are making something incredible for our own! That’s what wakes us up at 6am and keeps us working until 1am.”

On what has been the toughest challenge of the entrepreneurial route, Duan surmises that it boils down to “the eternal paradox” of waiting to build something perfect and wanting to release the app as soon as possible.

“We have been refactoring the code and design quite a few times just to make something that is awesome, not something that would be awesome someday,” he said. 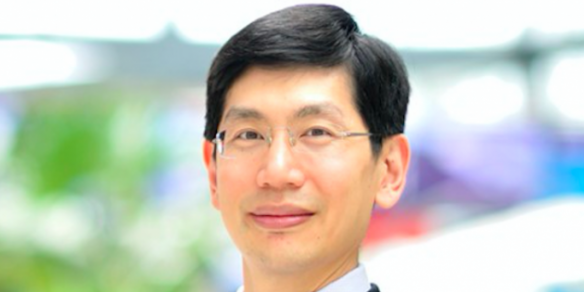