AT last week’s Disrupt session on angel investing, a panellist shared that passion was a given when making an investment in a startup; likewise in those who are building a business designed to help startups succeed.

In this case, none who has ever come in contact with Andrew Wong (pic), founder of MAD Incubator, would have ever doubted his passion in helping entrepreneurs succeed.

Having always been behind the scenes, helping startups succeed, today it is Wong’s turn to bask in the warm glow that comes with successfully raising some funds for his own business.

Wong has raised an undisclosed investment from two Singapore-based funds for MAD (Make A Difference), his business incubator he launched in 2009 with the lofty target of developing 1,000 entrepreneurs in Malaysia by 2015.

Start Up Nation Pte Ltd, through its Malaysian subsidiary Start Up Nation Sdn Bhd, and Kathrein Ventures Pte Ltd are betting on Wong to help grow MAD into the leading incubation play in South-East Asia, and in the process, provide them with a healthy pipeline of interesting startups to invest in.

Without fuss, Wong has already created an incubation presence in the Philippines, Indonesia, Myanmar and Brunei, with an affiliate presence in Thailand, Singapore and Vietnam.

Not happy with this, Wong says that on the home front, MAD intends to corner as many Institutions of Higher Learning (IHLs) as possible, with Help University coming in as the first IHL, for its Campus Incubation project.

“With this, we aim to provide deal flows for Start Up Nation and Kathrein Ventures not just in Malaysia but also South-East Asia,” he tells Digital News Asia (DNA).

While incubators are typically not a source of deal flows for startup investments, Wong claims that MAD has disrupted the typical model of the incubator – rental of space and facilities – through its business incubation model which is scalable and replicable.

All these are now modelled into products which MAD is able to distribute via all its incubators in the region, and why he claims, “We have disrupted the incubation business model to make it scalable and replicable anywhere we set up an incubator.”

While common with some incubators, one thing MAD does not do is take stakes in startups in return for the services it offers. While it claims to have successfully incubated over 80 startups, all of them Malaysian, since its launch in 2009, MAD has no stake in any of them.

Describing them all as fee-paying companies to MAD, Wong says it only started to look into taking equity since the inception of BootstrapAccelerator in July 2013.

“However, BootstrapAccelerator’s criteria do not fit all startups So this year, we started MAD Capital to invest in companies in exchange for incubation services, especially startups which are not considered ‘sexy’ by other investors or incubators,” he says.

The investment by Start Up Nation and Kathrein Ventures into MAD also impacts the BootstrapAccelerator initiative in a positive manner.

“We now have an ‘anchor investor’ whom we can funnel deals to once we nurture our companies in BootstrapAccelerator, especially in early stage funding. So, it will be a big boost to what we are doing now,” he says. Meanwhile, rather than talk about the metrics used to base its valuation of MAD, Anne Cheng, cofounder of Start Up Nation in Singapore, describes Wong “as a clear winner for the startup ecosystem in South-East Asia” and as someone her company works well with.

Cheng describes herself as a serial entrepreneur who has sold out from a few companies and invested her own money into Start Up Nation which has investments in the United States, the Philippines and India.

In an official statement to the press, Kathrein Ventures cofounder and chief executive officer Charles Kathrein Jr said that his firm “was established because we saw tremendous opportunity in South-East Asia.

“With the upcoming Asean Economic Community 2015 (AEC 2015), we feel that working with MAD and Start Up Nation will enable us to invest, mentor, and help grow the startup ecosystem in Asean,” he added. 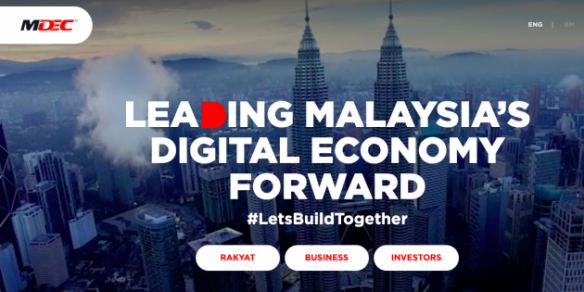