Highly experienced and successful across a number of sectors, Gan has held leadership roles with Accenture (formerly Andersen Consulting) over a 26-year career including as managing partner for Asia, Fatfish said in a statement. 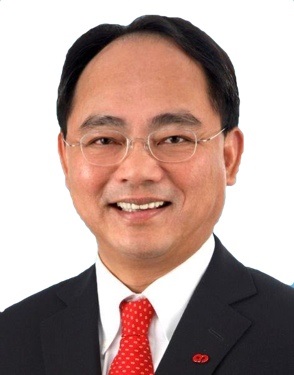 Gan (pic) is also the chairman of British Malaysian Chamber of Commerce, and was a former chairman of the National ICT Association of Malaysia (Pikom).

More recently, he was a founding director of Australian Securities Exchange (ASX) listed iProperty Group Limited which owns and operates a range of real estate websites and investments throughout Asia. He is also independent non-executive chairman of Bursa Malaysia-listed Rev Asia Bhd (formerly known as Catcha Media Bhd) which, like iProperty, is a spinoff of Catcha Group.

“Larry [Gan] has an outstanding track record of success with a particular focus on Internet ventures, making him an ideal appointment for us,” said Fatfish Internet Group chief executive officer Lau Kin Wai.

“He has an extensive network and knowledge of the industry and will enable Fatfish to better position itself to continue to pursue high quality investment opportunities,” he added.

Outgoing chairman Donald Low will remain on the board as a non-executive director, said Fatfish, which also listed on ASX in July, the first Internet accelerator to be traded on the exchange.

Gan qualified as a chartered accountant and certified management consultant. He also chairs the British Malaysian Chamber of Commerce and consulting firms Cuscapi and Diversified Gateway Solutions Bhd, while holding current and past board positions with a plethora of organisations.