The funding will be used to take the business to “the next level” in line with its vision of becoming the biggest online food portal in Indonesia, the company said in a statement.

“These include supplier management, kitchen flow, food packaging and last-mile delivery. They are a full-stack startup,” he added.

Berry Kitchen was formed about 18 months ago, and earlier this year received a boost when it secured funding from Angin, a female-oriented angel network fund run by the Global Entrepreneurship Programme Indonesia.

According to a report by Tech in Asia, the angel investment amount was 500 million rupiah or about US$43,700.

Since its founding, Berry Kitchen has been focused on its production and operational flow, and with the East Ventures funding, is now ready to be more aggressive in increasing its customer base through online marketing. The funds would also be used to further improve customer satisfaction, it said.

Currently, Berry Kitchen delivers 600 meals daily with 40 employees. Its CEO Cynthia Tenggara said the startup is targeting to serve 2,000 lunch- and bento-boxes daily within the next six months.

To reach that goal, she said that the startup would need to hire more qualified staff, enhance its website features and design, and continue to improve its product and service.

East Ventures is an early stage venture fund which operates in Indonesia, Singapore and Japan. It has invested in more than 80 companies in these three countries, as well as in Thailand and the Philippines.

In January, it announced an investment in Bilna.com, an online shop specialising in baby and family-oriented products.

FoodPanda and OpenRice in regional pact 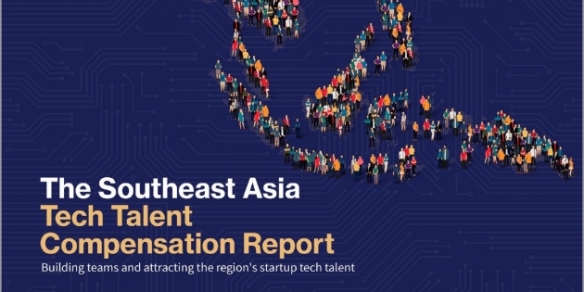