By A. Asohan (with additional reporting by Karamjit Singh) January 8, 2014 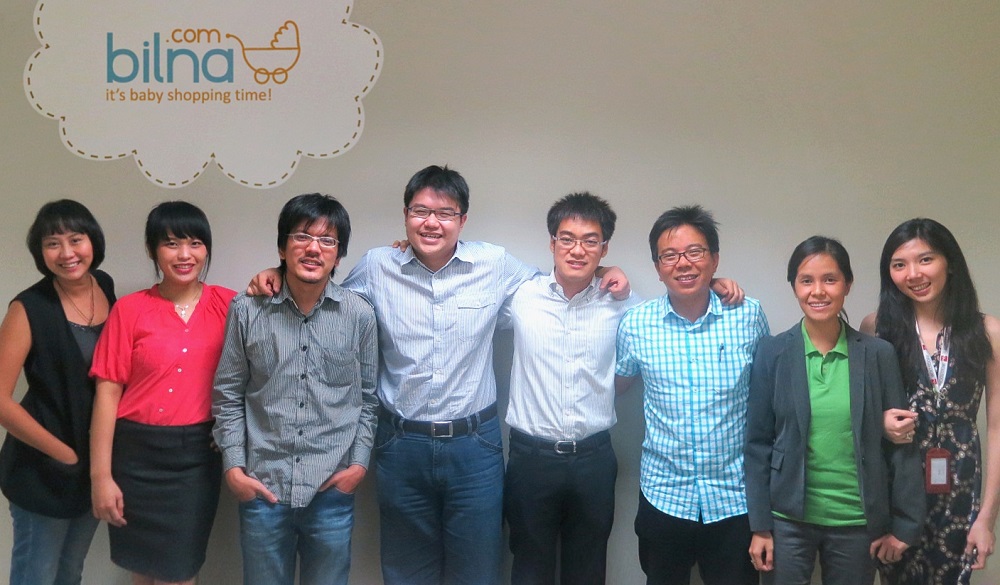 INDONESIA’S Bilna.com, an online shop specialising in baby and family-oriented products, has completed a new round of funding led by Tokyo-based Digital Garage Incubation.

Bilna.com declined to disclose the amount, but cofounder/ chief operating and finance officer Eka Himawan told Digital News Asia (DNA) it was “much larger” than its previous round of funding, which has also not been disclosed. Eka did at least reveal that the amount is in the 7-figure US$.

“So far, we have invested comfortably in the seven-digit (US-dollar) range,” he said in an email interview.

Its previous round of funding was led by CyberAgent Ventures, also from Japan, and Singapore’s East Ventures, which also participated in this new round. Other new investors are Tokyo-based TMS Entertainment and Singapore-headquartered Golden Gate Ventures.

Bilna.com launched in July, 2012, its cofounders being Eka and chief executive officer Ferry Tenka, who was also behind Indonesian group-buying site Disdus, which was acquired by Groupon in early 2011, also for an undisclosed sum.

Its first round of funding came three months after launch, Eka told DNA, adding that the venture was self-funded before that. It has a 70-strong team, and “we are looking to more than double the headcount in 2014, mainly in operations and the buying team, but all departments will see an increase in hiring.”

In a statement, Bilna.com said that the new capital would be used to fuel a full list of developments, including its move into a new vertical.

“The new vertical will still be in e-commerce, and something that sticks to our core customers – in fact, we listened to our customers on the vertical,” Eka told DNA, adding that Bilna.com would be hosting a media event in February where it would go into more detail.

Other areas the new funds would be used for include implementing an ERP (enterprise resource planning) system and improving its customer service infrastructure.

“We are also looking to modernise and move our warehouse to an 800 sq m facility, double the old one, and would be looking to [further] double the capacity in the near future,” Eka said. “We will also be launching new payment methods such as COD (cash on delivery).

The new funds will also be used to make its website more user-friendly for mobile and tablet users, he said. Currently, about 40% of its visits come via mobile devices, as opposed to PCs, up from about 30% a year ago.

While only 20% of actual sales come via mobile devices currently, the team expects this to pick up in the coming year. In an official press statement, Bilna.com said its management has set “aggressive targets for 2014” and remain positive about achieving them.

“Our peak was 1,000 orders a day, and we are looking to expand our capability to multiples of this number,” Eka told DNA.

“In 2013, we cooperated with five brands (P&G, Kimberley-Clark, Nestle, Danone and Kao) and one bank,” he said. “For 2014, we have already lined up at least 20 principals and five banks, and many media organisations, to cooperate with us.”

However, the company has no plans to expand beyond Indonesian shores for the foreseeable future. “We think that the Indonesian market represents a large enough market for us to tackle. Instead, we may choose to expand our services to other cities first,” said Eka.

Indonesia currently has a population of about 240 million, which is expected to grow to around 262 million by 2020.

Another group-buying site makes a pivot