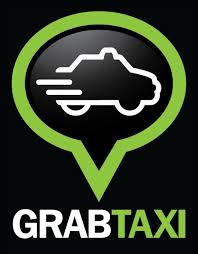 GRABTAXI (known as MyTeksi in Malaysia) has announced it has raised more than US$15 million in Series B funding, led by Silicon Valley-based GGV Capital with participation from new investor Qunar and Vertex Venture Holdings.

GGV Capital is a US$2.2 billion multi-stage venture capital firm, based in Silicon Valley and Shanghai. Some of its key portfolio companies include well-known companies such as Alibaba Group, Square, Flipboard, SoundCloud and YY.

Baidu-owned Qunar is a search-based ecommerce platform for the travel industry in China, founded in May 2005 and headquartered in Beijing.

“We are honoured to be included in GGV Capital’s portfolio of companies alongside with global names such as Alibaba Group, Square and Flipboard. We are also grateful to Vertex Venture for their continued support and confidence by re-investing in GrabTaxi.

“This funding will drive GrabTaxi closer towards their ultimate goal of changing the way 600 million people move in South-East Asia,” said founder and group chief executive officer Anthony Tan, in a statement issued.

The new funds will be used to support plans to aggressively grow into new cities in South-East Asia and extend its market dominance through regional driver loyalty and retention programmes. It will also be used for social initiatives aimed at improving the welfare of taxi drivers while building loyalty and retention, which will be rolled out in stages in the next quarter.

In addition to the funding, Jixun Foo, managing partner in GGV Capital’s Shanghai office, will join GrabTaxi’s board of directors. Foo has more than 12 years’ experience working with Asian entrepreneurs and also serves on the boards of global companies such as Qunar, Youku-Tudou and Tujia.

“We are excited about working with Anthony [Tan] and his team. Their focus and understanding of local markets will fuel their success and provide competitive advantage. Therefore we believe that GrabTaxi for Southeast Asia and Didi for China will be the go-to transport app in their regional markets,” she said.

The new funding follows the announcement of its Series A funding round amounting to more than US$ 10 million in April, an amount that GrabTaxi executives had insisted to Digital News Asia (DNA) was not accurate, however Tan confirmed the amount with TechCrunch.

According to sources familiar with the dealings, the company had secured the funds back in mid-2013.

A company spokesperson told DNA they “could not confirm the timeline” and stated that the company was not in “stealth mode” during that time, adding that the delayed announcement was due to a decision to focus on expanding the business and its operations instead.

According to the company, more than 20,000 taxi drivers have registered with GrabTaxi and estimates that one in two active taxi drivers in the region will be on the GrabTaxi network by the end of 2015.

In mid-May, the company also launched its premium ride service GrabCar in Malaysia in beta, a move toward consolidating market presence and expanding its potential customer base.

Despite Tan telling DNA that the company had no immediate plans or deadline to expand to other markets, on May 22, the GrabCar service was also launched in Manila.