THERE has not been time to catch a breather for Loanstreet Sdn Bhd cofounder Jared Lim Chu Ern (pic), as over the past year, he has been working hard to take his financial services business to the next level.

“We achieved about 300 to 400 enquiries a month early this year. Our aim is to hit 1,000 monthly enquiries by the end of this year. That is our only target for now,” Lim tells Digital News Asia (DNA) via email.

“From the available data, we believe that we are on track to achieving this target. In fact, our numbers in September are at least double what we were doing in January,” he claims.

Although Lim and his partner Robin Ang incorporated Loanstreet in 2010, the portal was only launched in August 2012 because they needed time to save up money to fund the venture.

Within six months of the launch date, Loanstreet was able to convince local and international banks to be on its portal, including Maybank, RHB, OCBC and Standard Chartered.

That was just the beginning. In September 2013, Loanstreet became one of two startups to be the first recipients of the Star Accelerator Fund, with the other recipient being Geob International Sdn Bhd.

The fund was launched by Malaysian media giant Star Publications, which published the country’s No 1 English daily newspaper The Star, and owns a host of web properties and radio stations.

Since receiving its funding, Loanstreet has been working on growing its portal by introducing more services for end-users, according to Lim.

The move is necessary, he says, because he knows he is not “exactly alone” in this space.

On the surface, one of its closest rivals would appear to be Intelligent Money, which operates the iMoney portal that has been raising funds very successfully.

iMoney positions itself as a financial comparison website, allowing users to compare home and personal loans, but also has tools for users to compare mobile plans, unit trust, car insurance and others.

Although Loanstreet does include mobile plan or unit trust comparisons, Lim believes there is ample opportunity for the company to differentiate itself and stand out from its rivals.

This year, Lim has been busy working on bringing new services to market. The aim, besides helping Loanstreet capture a larger audience, is also about establishing itself as one of the leaders in the loan comparison services business.

When it comes to debt restructuring advisory services, it is by no means the lone player in that space either.

So, how is Loanstreet is going to compete against AKPK, an agency set up by the country’s central bank and industry regulator Bank Negara Malaysia?

Lim believes that the company is not competing against AKPK. “In fact, we advise any of our customers who can qualify for AKPK’s programme to go for it.

“However, AKPK’s mandate is clear in that its services are available to you only if no creditors have initiated legal action against you, and your income must be higher than your total debt burden,” he says.

“In that sense, many people who need help are left out,” he adds.

Given that Loanstreet is still in its early stage, Lim says the company needs to be “highly selective” about its debt restructuring and bankruptcy advisory services, which come under its ‘customised services requests’ category.

In the last three months, Loanstreet has received more than 50 customised services requests, he claims.

“In fact, we have successfully helped one client on debt restructuring so far,” he adds. 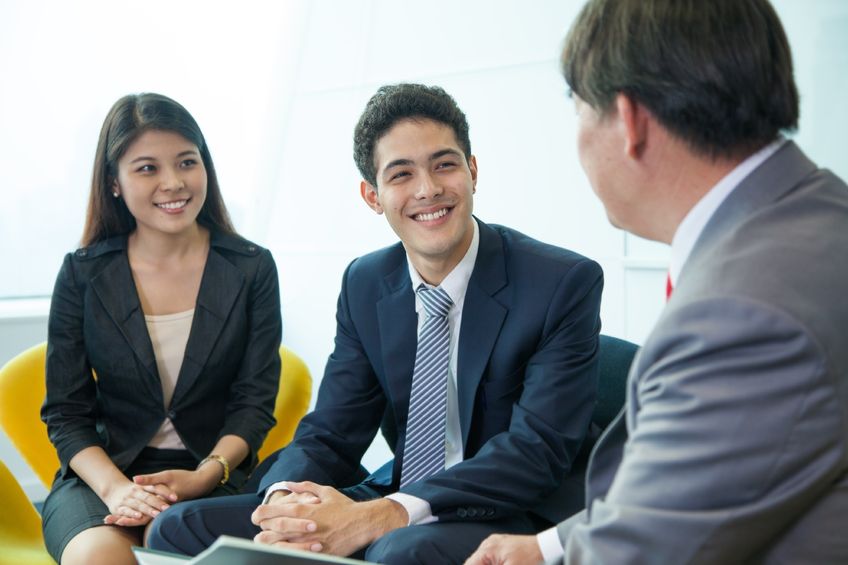 These services also provide Loanstreet with new monetisation opportunities. For example, with its bankruptcy advisory service, it also helps customers with applications to the Malaysian Department of Insolvency (MDI) to open a bank account, travel overseas, be discharged from bankruptcy, and so on.

It also applies service charges for its debt advisory and restructuring services, where it guarantees minimum gross savings of 30% from the original total proof of debt.

Although Lim cannot predict how big the addressable market is for these new services, he is confident that these are relevant areas Loanstreet must penetrate.

“These are niche services where there isn’t much awareness in Malaysia. Loanstreet is out to change that,” he declares.

More services to be unveiled

Lim says that Loanstreet is constantly improving and evolving. He believes that in six months, it will look very different from what it is today.

“Traffic-wise, we have quadrupled over the past 12 months, to the point where we consistently hit six-digit unique visitors monthly,” he claims.

“We also haven’t properly rolled out and pushed high-search traffic products such as credit cards and car loans. Once we roll those sections out, we expect our traffic to double within six months,” he adds.

Nevertheless, he believes that it is vital to get the product right before unveiling it. “We will take our time rolling them out. Getting one product vertical to work just right takes more effort than most people think it does,” he says.

Loanstreet’s services are also in line with the Digital Malaysia programme, which is based on three strategic thrusts to transform the country into a developed digital economy by 2020.

Officially kicked off in July, 2012, Digital Malaysia aims to create an ecosystem that promotes the pervasive use of ICT in all aspects of the economy, with the ultimate aim of boosting the gross national income, and improving productivity and the standard of living.

One of the three main thrusts of Digital Malaysia is to shift behaviour from being consumption- to becoming more production-centric, or to change the consumer mindset so that Malaysian individuals and businesses produce as much as they consume from digital technologies.

Loanstreet's business model and services fulfil the first thrust to move from consumption to production, where part of the goal is to create new income-generation opportunities via a digital business model.

Also, its services allow Malaysians to improve their productivity. Instead of spending a lot of time scouting around for a suitable home loan, they can now more quickly get a holistic view of all the loan products available and be in a better position to make a decision.

Unlike its peers like iMoney, which has raised more than US$6 million in a few funding rounds, Loanstreet operates on a significantly lower ‘funding power,’ with the Star Accelerator Fund its only round.

“We have been very conservative in our use of cash. This has curtailed our growth and speed-to-market somewhat compared with other Internet businesses,” says Lim.

“But the plus side to this is that due to our low burn rate and button-down-as-we-go-along strategy, as opposed to chasing growth at all costs, we have less pressure to raise unending rounds of capital,” he adds.

For now, the company is still in the red, but Lim believes it would be able to hit operational profitability sometime next year.

“Our target is to be profitable month-on-month within the next six months at our current scale of operations.

“Simultaneously, we are raising a fresh round. This will allow us to be bolder in our commercialisation and research and development efforts,” he says.

Lim declines to reveal further details of its new capital-raising exercise, but he confirms that negotiations are already underway.

Star Accelerator Fund: Offers on the table for four this week