“WE help startups make things happen.” So declares Chok Leang Ooi (pic), cofounder and chief executive officer of AgilityIO, a 160-strong software company based out of New York but with its technical talent operating from Da Nang, Vietnam, where Chok’s cofounder and chief operating officer Trung Ngo is based.

Having focused on the US market over the past three years, Agility IO has just expanded into Singapore. Chok is also considering Malaysia, where he is from.

If you’re thinking body shop, think again – the company is based on the philosophy that it will never be a body shop. “We would rather give up business than compromise on quality,” Chok declares.

It has already worked with 50 companies over the past two years, most being startups but some are early stage companies as well. Now, if that screams out at you as being a body shop, Chok argues that Agility IO’s secret is that it has managed to innovate on the concept of ‘Agile’ software development, and has ‘industrialised’ the process.

What AgilityIO has managed to do, claims Chok, it to take the Agile method and offer it via a distributed manner to customers in the United States. This is challenging to execute, as agile software development is usually done with co-located teams.

“It did not happen overnight for us, as we kind of evolved the process over the past two years, but I believe we have nailed it,” he says.

According to Wikipedia, agile software is a conceptual framework that focuses on delivering working software with minimum amount of work and constant iterations that cater for change.

As an agile practitioner himself who first honed his skills at the likes of Goldman Sachs and Bank of America before jumping on the rollercoaster ride of the startup world, Chok was well aware of the shortage of technical talent in Silicon Valley.

He experienced it himself when he lacked the skills to develop software for older phones. This is what brought the US-educated Trung to his attention as the latter was already offering software services to US companies through his company in Vietnam.

“I was Trung’s customer first in 2009, but with the pain points we saw, especially among startups trying to address their technical needs, we formed AgilityIO in 2011,” says Chok.

These pain points did not just evolve around not having the right technical skills but also around founders making poor choices for their technical founders.

“In fact this is a common mistake I see among entrepreneurs, not just in the United States but globally,” says Chok, who has been exposed to startups in Asia through his participation in an Asian tour of Geeks On A Plane.

Geeks On A Plane is an by-invitation-only tour organised by Silicon Valley-based accelerator 500 Startups, for startups, investors and executives to learn about burgeoning technology markets worldwide.

“They [founders] are always looking for good CTOs when in reality, good CTOs are very hard to find and even harder to attract to early stage companies,” Chok says.

Yet, as a result of their desire to find a CTO right from the bat, many founders settle for someone who is not the right person but has been given a lot of equity in the startup. It’s a recipe for disaster, which is why Chok recommends that founders always start out by looking for part-time technical partners.

“You really need help to build your product and then test the market for it. Having a CTO as the beginning is not the be-all, nor end-all,” says Chok, who adds that he has observed most of the startups AgilityIO has worked with only attracted CTOs after they had achieved some traction.

In solving this product problem for founders, AgilityIO has found its niche, with Chok even coining the term ‘Startups Without Borders’ to signify that the changing landscape for startups means that geographical boundaries are no longer barriers.

Startups need to leverage international markets and investment opportunities, and they need to establish a borderless team to gain a competitive advantage.

The latter is where AgilityIO comes in, by offering dedicated teams with Ruby on Rails and Python coders to fully focus on building products startups need.

While it seems like something established Indian-based tech companies such as Wipro and Infosys could offer, Chok begs to differ.

“They understand the enterprise space very well, but not the startup space or culture. Their flaw is also that they bill by the hour, while we offer a dedicated model with our teams only working on one project for one company at a time,” he argues.

Next Page: Driven by a dream to create the next Twitter 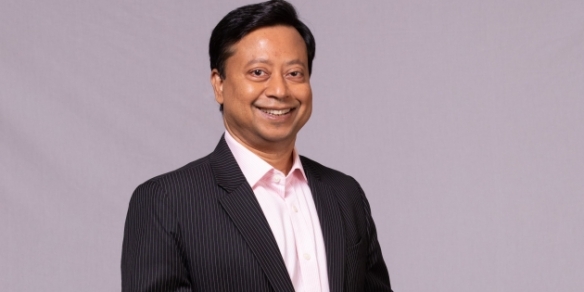