MOBILE dating apps have become the flavour of the moment for investors, with the past months bearing witness to a few funding deals for Asia-born apps that help people find partners.

Last year, Thailand-based Noonswoon raised US$400,000 from various investors to fund its regional expansion plans; while another South-East Asian offering by Singapore-based Paktor is already jostling for regional dominance.

Alongside these localised offerings are apps from US-based companies such as OKCupid which offers a mobile extension of its main website, flirting app Skout and Tinder, a matchmaking app that facilitates anonymous communication between users.

There are dozens more dating apps available in the market, so the question remains, is there room for one more in South-East Asia?

In an interview with Digital News Asia (DNA), Kehmistry cofounder Shanker Joyrama was the first to admit that there are many, many dating apps in the market, but points out that it remains a highly fragmented space.

“Yes there are a lot of apps out there but in terms of target users and usage cases, they all cater to different consumer segments,” he said.

In his opinion, apps such as Skout, Tinder and Paktor work better as a source for flings or 'hook-ups,' while other apps such as Between caters to couples only; and the others are more suitable for finding new friends over prospective partners.

Popular dating websites such as OKCupid and Match.com, are still navigating the transition to mobile and are usually not ideal for Asian users seeking matches.

“Sure, there’s more money to be made in doing a hook-up app, but that’s not a segment that we want to go into. It’s about the karma element as well -- we want to do something that is morally right and something that even our mothers would be proud of,” Shanker said.

Kehmistry is being positioned as a 'pure dating app,' targeted at busy middle-class urban professionals between 24 and 35 years of age.

“In Malaysia, if you were out somewhere and wanted to chat a girl up, chances are she won’t layan (accomodate) you. So we wanted to create an app that busy people our age would not be shy to use without hesitation; Kehmistry is meant to spark genuine relationships and is not just focused on the visuals,” he said.

Shanker said that the app, currently in private beta mode, has about 100 users, made up of friends and family, testing the service and reports that since the beta began, they have received one report of a successful match.

“We had wanted to launch the app earlier but needed to put more ingredients in to the soup, so we’re waiting a little longer so we can build out a couple more features,” he added. The idea to do a mobile dating app, according to Shanker, dates back to just over two years ago when he and cofounder Bernard Lim participated in the AllStars programme.

The AllStars programme was an entrepreneur-run and mentor-driven accelerator that offered successful participants up to RM18,000 in seed funding, alongside mentorship and training.

Shanker said the duo pivoted their business model a few times before settling on a mobile dating app that garnered them a place in the top 12 teams out of a total of 80 that applied.

However, due to personal circumstances at the time, neither Shanker nor Lim were able to take their idea to the next stage, and both soon found themselves on different career paths.

The duo met up four months ago for a coffee and during that catch-up session, decided that the time was right to take another stab at the app.

To them, the market situation in Malaysia was ripe for such an offering, with interest in the mobile dating app space growing alongside the rapid uptake of smartphones and mobile connectivity.

Lim conceded that everything that has happened since the team decided to restart this project has been a product of luck and timing.

“We have a lot more affinity for the project, with lots of ideas and things to implement. I’m glad we didn’t start this two years ago, as things would have turned out very differently for us if we had,” he said.

Cofounder of SoftSpace, a mobile payment solutions startup, Yit Ming Toh was roped in as partner and technical advisor to help the team get the app started and running.

When asked what drew him to the project, despite his own startup SoftSpace doing extremely well and growing rapidly in the region, Toh said that at the time, as a single urban male, the app struck a chord with him.

“When I heard the pitch I thought ,‘This is cool shit!’ The big selling point for me was that it wasn’t just a hook-up app, and at the time I only knew about Badoo and this was something more proper.

“It offers people a platform to get to know someone in a less creepy way,” he added.

For Toh, the final nail that sealed the decision to put some skin in the game and lend a hand to this burgeoning product was his father.

“I pitched it to my dad and he got excited about it. He thought a couple of features were really good ideas and said it would have been really helpful back during his own dating days. And it is very seldom that he gets excited about the projects I tell him about,” he said.

The only other time Toh’s father got this excited was for a then little project called Soft Space. Kehmistry is being billed as the easiest mobile dating app to join and get started on, with the entire process from downloading the app and finding the match taking under a single minute, Shanker claimed.

When signing up, users are asked for access to their Facebook profile for the app to pull basic information and some interests. After this, matches are made based on proximity and a user’s own preference settings.

The design and flow of the app was based on the team’s own research and experiences trying out existing dating websites and apps.

“We realised one pain point with existing options: To complete your profile they ask hundreds of really pointless questions. How important is it that your potential partner likes pasta? There’s no need for that kind of detail,” said Shanker.

He said that some offerings put a limit on the number of connections users can make a day, while others are focused on the visual – you’re either hot or not.

With many dating apps and website populated by less than savoury characters, Shanker said that to help ensure that the app provides a safe environment to interact, certain limits and options will be offered to users.

Firstly, only people with at least 50 friends on Facebook will be allowed to join, to cut down on fake accounts. Users can also report another user for bad behaviour, and if enough reports are received, the system will automatically block and ban the account.

As account verification will be tied to mobile numbers, the number will also be banned to prevent abusers from creating a new account and re-entering the community.

Marketing efforts for the Kehmistry app will be targetted mainly at women rather than men.

One upcoming and key feature is Kehmistry classes, which entails the generation and distribution of dating advice via the app to its users.

“We want to help the poor souls and dudes out there, who want to improve themselves in the 'art of love.' They probably would know what to do, but perhaps due to nervousness or being out of the dating pool for a long time, forget things like what proper etiquette is on a first date,” Toh shared.

He said the idea came from professional networking platform LinkedIn, which shares and publishes articles aimed at helping people with their careers.

Kehmistry currently remains a bootstrapped enterprise, although Shanker said that the team is looking for funding.

“A few investors have already approached us but we haven’t committed to anything yet because we want smart money behind us. We’re not desperate right now, so we don’t want to make a bad choice.

“We’re looking for an investment partner with the right amount of capital and contacts to help us scale out rapidly,” he added.

The Kehmistry team unofficially totals six with the other members, two of whom are based in Singapore, officially transitioning into the company once prior obligations have been met.

Upon launch, the team’s initial primary target market will be Malaysia and to a certain extent, Singapore.

In terms of monetisation, Shanker said that it is not a priority for the team at the moment, and it is choosing to focus on the product and establishing a solid foundation from which to build out the venture.

Lim said that especially in a region such as South-East Asia, offering a paid app or in-app purchases might be turn-offs for potential users.

“It is a route that we must carefully navigate and not one that we want to go down right now,” he said.

However, potential future monetisation options includes offering virtual gifts, with Lim noting that such an approach has been popular with mobile chat platform LINE making over US$10 million per month selling stickers.

The team’s mission is to become the de facto dating app for the region within two years, and it will be going all-out to achieve this dream.

When the topic of clones was brought up, Shanker, Lim and Toh all admitted that it is something they are mindful of, with entities such as heavily-funded Rocket Internet having already disrupted so many businesses in the region with its approach.

“It is only a matter of time before clones come into the picture. We know that the battle to reach our goal is going to be long and hard, but we are confident that we have chosen the right way to do it and in the long run will prove it,” said Shanker. 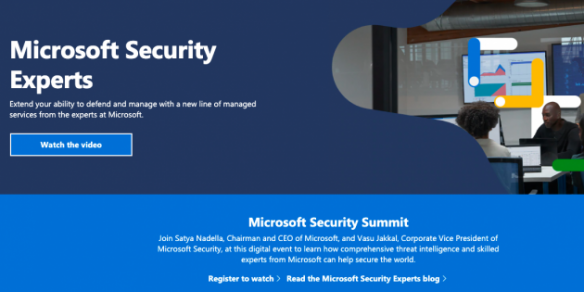