IT is not the billion-dollar SGX IPO (initial public offering) that he once dreamed off and almost tasted before the roof caved in with the May 2000 dotcom crash in the United States. Nic Lim and the other founders of Catcha.com were on their IPO roadshow when their dotcom dreams came crashing down.
[Correction: The IPO was slated for Singapore's stock market and not New York's Nasdaq as earlier reported.]

Now, 14 years later, Lim is finally about to taste what it feels like to have taken a company public. The route to an IPO is also very different today.

Instead of building his own company from scratch, he acquired two small technology companies that have been around at least 14 years, merged them under 8common Ltd and is aiming them at the Australian Stock Exchange as chief executive officer, riding on the back of the South-East Asian growth story.

Lim is targeting 8common to list on Aug 22, after which he will have a 20.8% stake in the company. ICT industry veteran Larry Gan, a former chairman of the National ICT Association of Malaysia (Pikom) and whose portfolio includes such companies as Cuscapi Bhd, will have a 7.8% stake.

Instead of a consumer play based on the Internet, Lim has opted for an enterprise play based on Software-as-a-Service (SaaS), which, if you believe the buzz, is going to become the de facto business model for enterprise software.

In the 8common prospectus, consultant firm Frost & Sullivan predicts that the Asia Pacific market for SaaS will grow from US$2.9 billion in 2013 to reach US$12.1 billion in 2018, with a compounded annual growth rate (CAGR) of 33%.

Lim is riding on the two companies he has acquired so far, Combustion Labs Media Inc from Canada that provides a Content Management System for realtors; and Business Information Services Pty Ltd from Australia that handles travel and expenses.

He expects to acquire more companies in the enterprise space that have complementary software which businesses will need to use, he told Digital News Asia (DNA) recently.

Surprisingly, valuations to acquire such mature tech companies are not demanding. “Typically, the founders either want to retire, are tired and want to try something new, or just have lost their drive after so many years,” he said.

Despite the strong projected potential of the market, Lim is listing 8common at a very gentle valuation of 4.7 times revenue and 14 times earnings, while raising a relatively small sum of US$3.3 million (RM10.55 million).

Which then immediately begs the question of why bother to go to the market and subject yourself to the quarterly earnings cycle?

“For the right reasons – it is more efficient to tap capital from the market as a listed entity for future funding needs. Given the financials of the company, with established products, customers, revenue and historical profitability, it is also easier for public investors to understand the company and its potential,” he said.

The solid track record of the two companies, coupled with their strong execution, product development and management teams, means that it is also easy for Lim to sell the upside to investors.

For Lim, this is a far cry from the startups that he also invests in through his fund 8Capita. While one segment has mature management teams that understand execution, product development and business models; the other is full of bright-eyed people who expect they will become the next great tech stars.

Indeed, his investor deck shares six key attributes of the enterprise companies he has brought in. These range from having a large addressable market, with Hong Kong, Singapore and Malaysia the immediate targets.

“If you manage to lock in the Hq as customer, then chances are the other Asian subsidiaries will eventually follow as well,” he said, referring to the fact that many multinationals host their regional headquarters in these three countries.

Proven execution skills, business model and strong fundamentals are among the other attributes of the companies that he will be seeking to bring into 8common. He will be looking for companies that have the same business characteristics as his current two.

For example, both Combustion Labs Media and Business Information Services have SaaS business models with an incredible 90% recurring revenue rate, with no contract lock-in. This means customers are on monthly rolling contracts and can leave anytime they are not happy with 8common’s service.

While he enthuses about the two companies he has invested in, Lim did take his time to find them, going through between 30 and 40 companies.

His challenge now is to find a few more which complement his existing two companies. He is confident he will. 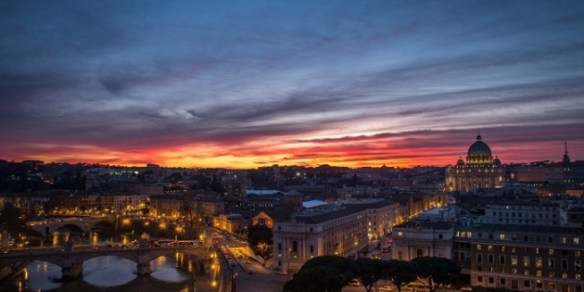