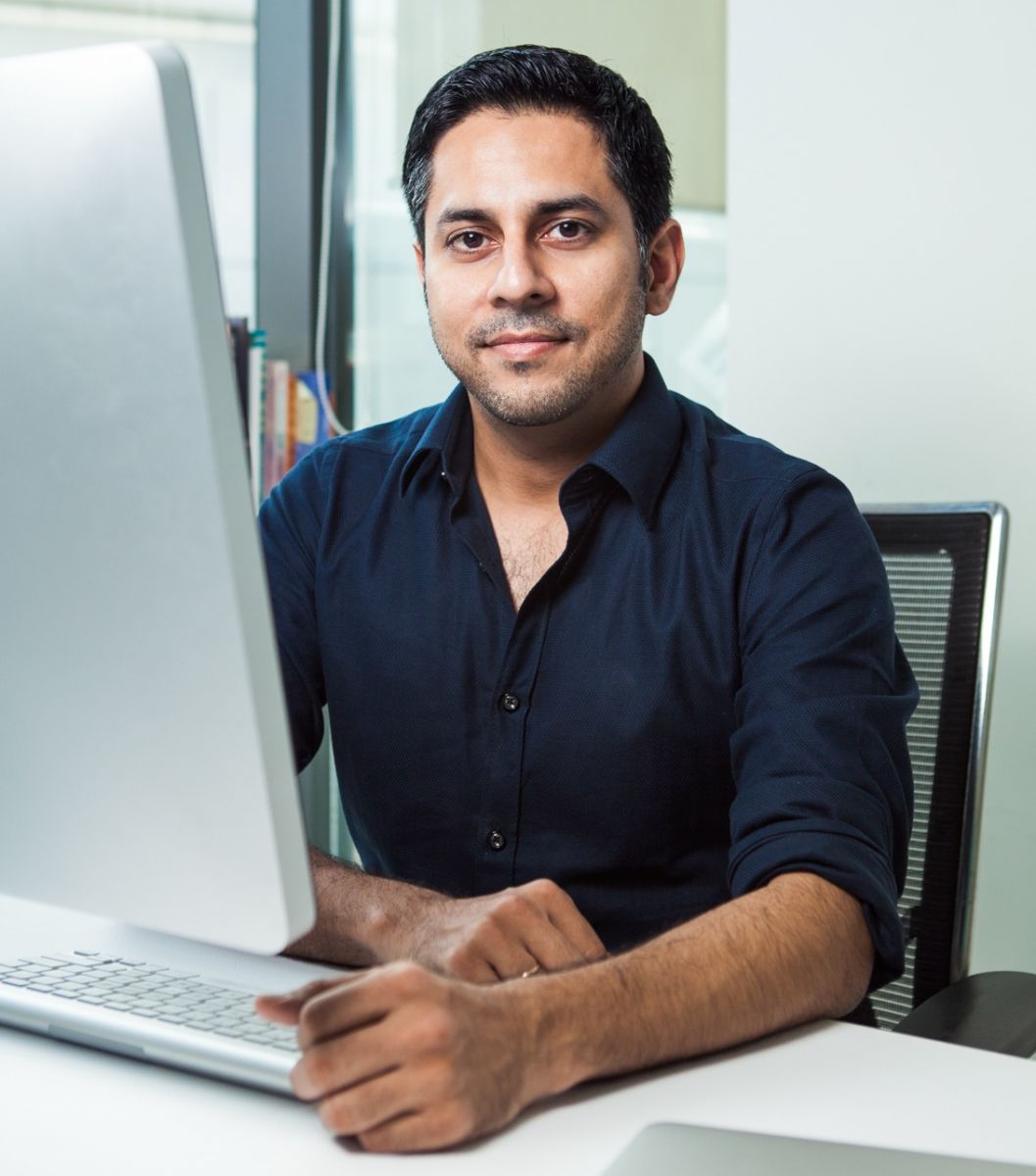 “KHAILEE and I have a disease, we are slightly mad,” said Vishen Lakhiani (pic), the charismatic founder of Mindvalley, who shared his thoughts with 80 people on a Sunday evening (April 20) about how they could grow successful startups by thinking big.

He was speaking at the ‘Halal Tech Challenge,’ another event leading up to the official launch of the Malaysian Global Centre for Innovation and Creativity (MaGIC) on April 25..

The three most promising companies at the Halal Tech Challenge made presentations to Dr Mohd Irwan Serigar Abdullah, the Secretary General of Malaysia’s Ministry of Finance, also MaGIC chairman.

Meanwhile, to make his point about being “slightly mad,” Vishen said that around four years ago, he and Khailee Ng of 500Startups wanted to get invited by Richard Branson of Virgin Group to his island retreat.

“We do not believe that the rules of reality hold for us, and so we will set crazy goals,” he added.

Setting crazy goals is one thing but achieving them is a whole different ballgame. And that’s a game Vishen is familiar with as he shared with the aspiring entrepreneurs four ideas on how they could achieve crazy goals.

Of course it starts with setting them first and he made a pointed observation that most people do not have big enough problems they want to solve.

Finding the right mentors is another – best of all, the mentors need not even be people you have a chance of meeting, he argued, urging the audience to read biographies of their role models and make some of them “unofficial mentors.”

Most of us take on our dreams and belief of what’s possible “not by rational choice but by imitation,” he said.

And that belief becomes even stronger when we follow someone from the same neighbourhood, city, culture or country as us. “It gives us the belief that we can achieve it too.”

This is why Silicon Valley is a cauldron of creativity as kids there grow up reading about the exploits of tech titans like Elon Musk of Tesla Motors and Larry Page of Google, he said.

And they start to think they can do it themselves. Vishen said he hopes to see such thinking among his fellow Malaysians too.

Idea number three is “exit the village,” he urged. “Get your head out of this ecosystem and learn to think global.”

He didn’t have to go far for an example here. Last week, a health and wellness app, Dormio, that was built in Mindvalley’s Bangsar office, became the second most popular health and fitness app in the United States on the Apple App Store.

“I find however that many Malaysians do not believe they can go global and thus don’t grow as big as they could,” he said, adding that Mindvalley on the other hand specifically targets the US and global markets with its apps.

His final idea was for entrepreneurs to “push humanity forward,” arguing that that the best entrepreneurs do not aspire for wealth, recognition or a stock listing. “They do it because they have a genuine thirst to do something really epic in the world.”

“Whatever you are doing, I hope it is because there is a need for it, because you are selling a need or service in the world for it that will make humans better,” he added.

The worst thing, he says is for young graduates to join a consumer goods company selling unhealthy food.

“But, I'm not saying you have to save the world. What I am saying is, at least don't sell s**t that makes it a worse place for our children,” he added.

Vishen then shared what Richard Branson told him. Yes, four years after making it their goal to be invited to Necker Island, both Vishen and Khailee did hang out with Branson.

Vishen once asked Branson what his secret was in building eight companies in different verticals and taking them all past US$1 billion in value, and was told:

The entrepreneurs there certainly were left with plenty of nuggets to chew from. Hopefully more than a few will take to heart some of Vishen’s ideas and expand the scope of the problems they are hoping to solve and perhaps some can persuade him to be their mentor too.

The Halal Tech Challenge, which is about creating apps aimed at the global Halal or Islamic-compliant market, was organised by e-commerce site Hijab2Go and venture development fund Mother Goose Venture Developers, in collaboration with MaGIC.

The top three companies out of the Challenge, who presented to the Ministry of Finance’s Irwan, were:

Hikmadeea:  An online platform for Quran studies, providing live face-to-face sessions with certified teachers that is Sharia-complaint. Hikmadeea is touted to be a platform for everyone from the busy businessman to those in remote farms or villages. Sukasouk: Sukasouk offers Halal food from around the world. The team said it depends on its international composition, with members from three different continents, to draw on exciting products from around the world. It said its business model takes advantage local know-how and global expertise. It also claimed to already have wholesale and retail partners, as well as off-line teams.

Halal4wellness: Delivers Asian Halal beauty products to your doorstep. The team claimed to already have a track record and experience in the halal market, but have now added the last piece: An online presence.